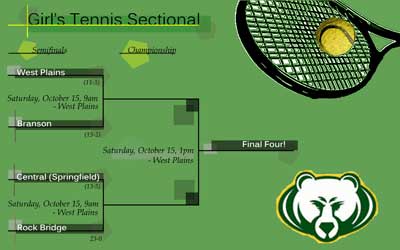 After last night’s victories in the individual’s sectional tournament, individual girls’ tennis players will compete in singles and doubles for the state championship.

Girls’ individual teams are ranked numbers one and two in the state tournament for singles and doubles.

Parker is a former BearingNews online editor 2011-2012 and graduate of Rock Bridge High School. Newspaper made up a large part of his senior year, but at the moment he is aspiring to be a preacher.