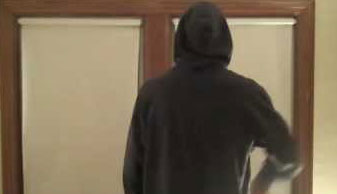 When junior Jimmy Layman’s English teachers told him he was a good writer, Layman shrugged it off. He was then unaware that his writing skills would allow him to pursue a talent in music.

“My teachers always thought I was good at writing, but I didn’t think anything of it,” Layman said. “Then one day I found a random beat online and started writing to it, and I thought ‘What? I can rap?’ As far as writing lyrics goes, I want them to [be] perfect.”

While Layman has only been writing raps for less than a year, sophomore Jackson Dubinski, username DJMASMO, has been at it for more than two years. Dubinski started recording a year ago in hopes to get his music out there for people to listen to.

“I write my own stuff but record at my producer’s house,” Dubinski said. “I just write about whatever I feel is important, whether it’s just in my life or bigger topics. My goal is for people to relate to my music.”

Dubinski and Layman look to famous rappers for ideas and motivation. Among many popular artists such as Drake, Kid Cudi and Eminem, Layman feels that Kanye West is the most inspiring.

“I likes the beats he produces,” Layman said. “He has the ability to tell stories and express emotions clearly through lyrics, and that’s what I want to be able to do. I don’t care if anyone ever hears my lyrics, I just want them to be a complete reflection of my thoughts and ideas.”

Both are aware that careers in the music industry are not likely. According to www.bls.gov, 50% of musicians are self-employed. Despite the low number of career possibilities in rapping, Dubinski still dreams about the chance to make it big.

“If I could get signed and make a profit, I would do it in a heartbeat,” Dubinski said. “I probably have as many supporters as I do people who make fun of my music. Those people are motivation though for me to become better. It’s a dream of mine.”

Madeline Davis: A most amazing girl. Beautiful, charming, mysterious, sweet and funny. One spicy Colombian-Italian. Extraordinary. Or, the songbird of our generation.