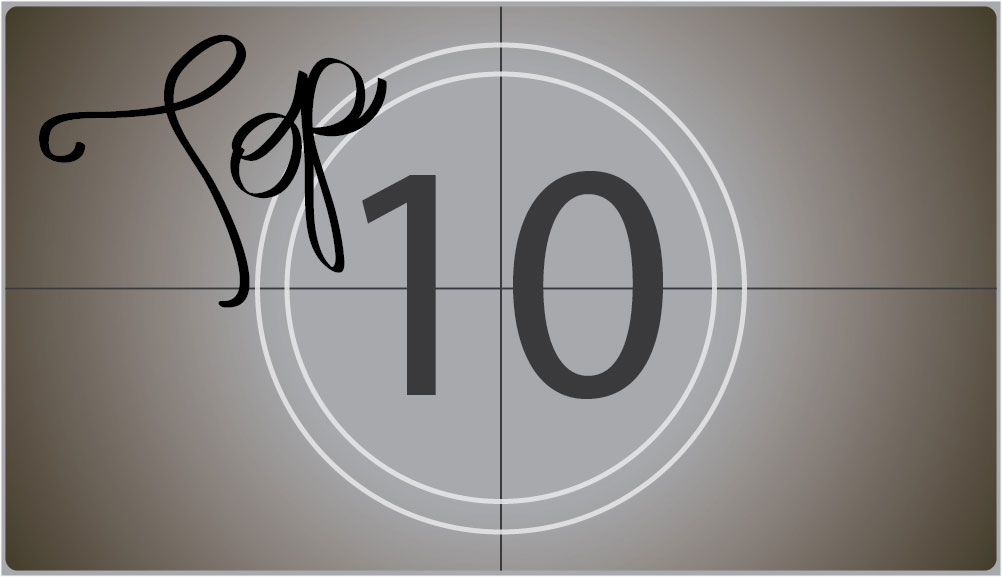 When I was younger, I lived in a fictional world. I read every and any book I was able to get my hands on, and when I wasn’t reading, I was watching movies. The characters I came across in books, movies and television became a part of me, and I lived vicariously through them.

I waited three years to watch the series finale of “Boy Meets World,” and I waited months before reading the epilogue of Harry Potter and the Deathly Hallows simply because I hated to see my characters’ journeys and lives come to an end. The difference between a good book or good movie and a memorable one were the characters. The characters stuck with me, and I held onto them. Their inspiration and greatness made them incredibly admirable.

And so, I present unto you, the top 10 most admirable fictional characters.

Phil Dunphy is the greatest TV dad in modern-day television history.  His Dunphyisms and fun, kind-hearted spirit can’t help but make anyone laugh.  And I have to say, seeing him cry when Hayley went off to college triggered a few tears.

Noah wrote Allie every day for 365 days.  If a guy were to text me every day for a month I would consider that admirable, let alone sending 365 letters.

Juno MacGuff is probably the only teenage girl out there who could deal with an unwanted, mistimed, unexpected pregnancy so lightheartedly.  The way she keeps her composure and lives the most daunting nine months of her life makes her an incredibly likable, admirable character.

Your life is not complete until you read The Kite Runner.  The Kite Runner tells the tale of Amir and Hassan, best friends from different social settings in Kabul, Afghanistan.  While Hassan is both Amir’s best friend and servant boy, Amir is mocked and ridiculed for associating with an Hazara. When Hassan is brutally attacked and raped after defending Amir’s kite, Amir keeps this fact to himself.  After losing his home and his best friend, Amir spends the rest of the novel on a journey for redemption, and it is one of the most touching, respectable journeys ever written.

When I first read The Hunger Games, I didn’t expect to like Peeta Mellark.  He was whiny, obsessive and came off as kind of a stalker.  But those traits just seemed to make Peeta more incredible.  His devotion to Katniss and drive to protect her in the games was just admirable.  Simply admirable.

I would consider Neville Longbottom to be the most dynamic character in the series.  Neville is the dorky, timid underdog of the series who no one seems to notice until he singlehandedly kills Nagini.  From the first moment Neville broke his wrist during his first flying lesson, to eventually leading Dumbledore’s Army in Harry’s absence, Neville changes from a young, bumbling wizard to a courageous leader and prophecy.  His transformation is the most enjoyable one to witness.

4. Augustus Waters (The Fault in Our Stars)

John Green’s The Fault in Our Stars tells the story of two terminally ill teenagers with cancer. Sixteen-year-old Hazel meets and falls in love with 17-year-old ex-basketball player and amputee Augustus Waters.  Although Augustus begins the novel healthier than Hazel, he progressively becomes more and more sick.  Nevertheless, even as Augustus grows frail, he continues to strive to make Hazel happy.  He even uses his one wish–– one trip or item granted to kids with cancer –– on Hazel because she already used hers on a bland, stereotypical trip to Disney World.  And that boys is what I call admirable.

Forrest Gump is the kind of character that is impossible to dislike.  Even the fact that his annoying, southern drawl done by Tom Hanks may be the worst fake southeren accent in U.S. film history, one cannot help but adore Forrest Gump.  In the two hours that Forrest Gump graces the screen, he shares his life story.  Watching Forrest Gump deal with love, loss, war and fame is hilarious, emotional and heartbreaking all at the same time.

2. Atticus Finch (To Kill a Mockingbird)

Atiicus Finch is the definition of flawless.  A lawyer in 1930’s Alabama, Atticus Finch defends Tom Robinson, a black man  under fire for being accused of raping a young white girl.  While Robinson is obviously innocent, due to racial differences and tensions, no one believes him or Atticus Finch.  Nonetheless, Attticus Finch still works incredibly hard to prove him innocent.  Atticus Finch’s drive, motivation, and dignity make him a perfect admirable character.

Sydney Carton is by far the most admirable character and has been since 1859.  Appearing in Charles Dickens’ A Tale of Two Cities, Sydney Carton is a lazy, alcoholic attorney who appears to have no interest in himself or others around him, and he describes his life as a waste and worthless.  However, after a few encounters with Lucie Manette, the rich, spoiled fiance’ of Charles Darnay, the foe of Carton, the reader begins to sense that Carton has passionate feelings for Lucie, and he professes his deep love for her before her wedding day.

Although Lucie doesn’t reciprocate his feelings and goes on to to marry Darnay, Carton chooses to be self-sacrificially executed in place of Charles Darnay to spare Lucie from losing her love and Darnay his life.  Sydney Carton was able to turn his life around in less than 300 pages and proves to be the most charming, romantic and perfect character out there.  Every man should aspire to be like Sydney Carton, except for the drunk, lazy, pessimistic and dead part.

Breakin’ up is hard to do

Jacqueline LeBlanc is the type of girl who laughs uncontrollably in awkward situations and always has something to say. She may possibly be the only girl in high school who never stopped obsessing over the Jonas Brothers, and is, as we speak, counting down the days until their reunion tour. Jacqueline is set apart by her enticing foreign beauty and infectious smile, which is almost always present on her beautiful face. She also likes to tell people that she is related to Matt LeBlanc, however, this fact may or may not be 100% true. Jacqueline has high aspirations in life such as being on Jeopardy, having her own personal Wikipedia page, and being the commissioner of the National Football League. However, 90% of the time Jacqueline can be found in the journalism room editing the commentary page, arguing with Anna, or tweeting for Bearing News. To contact Jacqueline, email her at jleblanc@bearingnews.org. (Written by Anna Wright)

why is juno the only female on this list? 🙁

Agreed… i like the lists, but didn’t feel like all the great characters were covered; and there was a serious shortage of females. You mentioned a Harry Potter character- why not Hermionie, Luna, or Ginny?