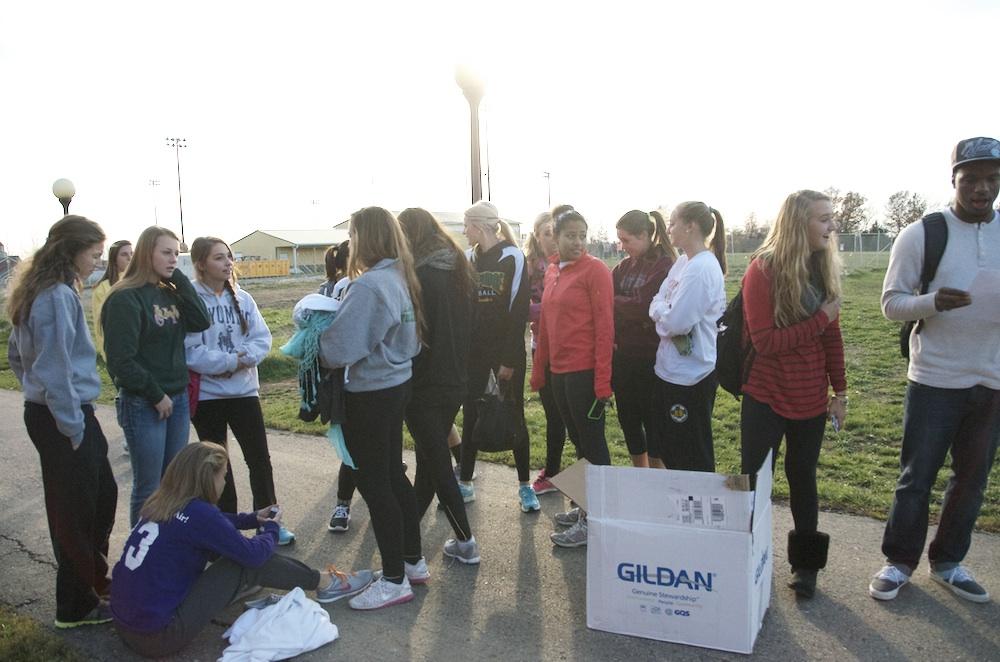 Throughout the year students hold countless fundraising events to attract funds for a club or extracurricular activity or given to a charitable organization. No fundraiser, however, brings as much attention as the powderpuff football games do, senior Rachel Muzzie, captain of the senior powderpuff football team, said.

Seniors, juniors and sophomores will compete against each other at 5:30 p.m. to raise money for the Central Missouri Food Bank. This year’s seniors are last year’s champions. All teams welcome students to come participate.

“Partially because it’s a [RBHS] tradition and partially because it’s just fun for people to get together and it gets competitive, which is fun too, because whenever you win you can like hold that [victory] over the other grade,” Muzzy said. “It’s just friendly competition and it’s funny for people to come watch girls play football probably and that part’s entertaining too.”

Junior powderpuff football captain Allie Kreklow said powderpuff is appealing to girls as it provides an occasion to participate in a sport rougher than the activities typically sponsored by the school.

“I think it’s just a time for girls to who don’t necessarily play actual sports at [RBHS] and aren’t too athletic, but want to do these [sports],” Kreklow said. “I just feel like it’s a fun time for them to go out and have some fun, and have a little competitive rivalry. It’s just a fun thing girls like to do.”

This year all of the teams reached the maximum of 40 members, though the players themselves are not surprised by the number, as powderpuff football is just as entertaining for the crowd as it is for the participants, Muzzy said “I joined because it was something I’d heard about in the past that people had a lot of fun with and I’ve heard about girls playing it before, so I decided to sign up, and some of my friends were doing it too so it was just another thing I could do with them.”

While some of the players have little experience playing football and powderpuff football generally isn’t as hardcore, the teams practice their best while they are coached by members of the RBHS football team Muzzy said.

“When you get 20 girls together it gets kind of crazy, so we try to do basic stuff so we can have that under our belt, but running plays gets a little technical and with a big group of people it gets kind of difficult,” Muzzy said. “We just try to figure out if people would be better on offense or defense and the best positions.”

Through the Looking Glass