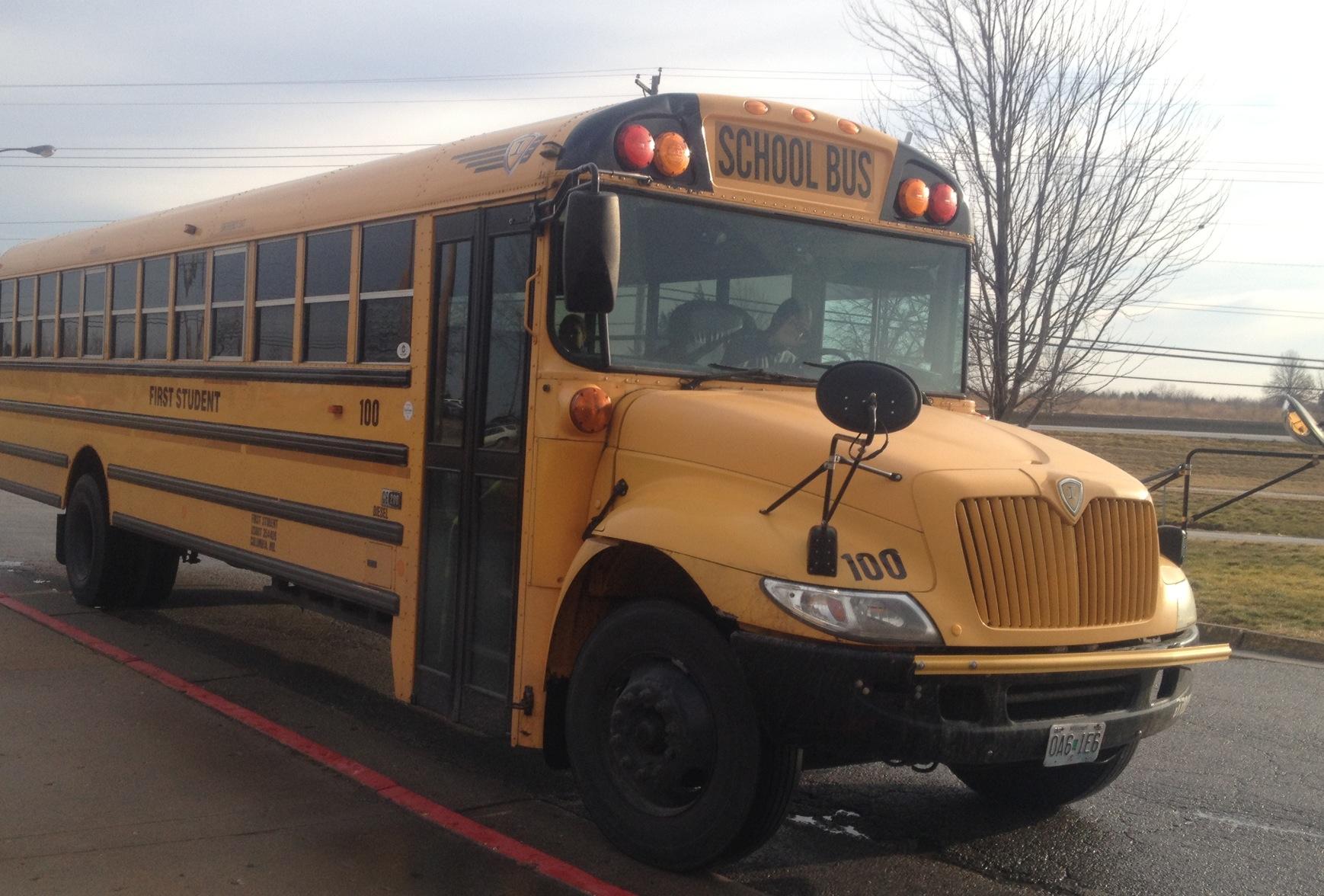 Activity Bus transportation will be available to middle school students four days a week under the compromise discussion. Photo by Kaitlyn Marsh

After the word of a proposal by the Columbia Public Schools transportation committee, which called for an earlier start time for high schools next year, spread around the student body, students immediately began to protest the change, as it would affect before school activities.

At the meeting, middle school administrators considered having their students start at 7:30 a.m. and end at 2:40 p.m. This would allow high schools to push back their start times to 8:10 a.m. and end school at 3:20 p.m. Under the proposal, elementary schools would make their school hours 9:10 a.m. to 4:10 p.m.

Part of the compromise of the three tiered proposal includes an activity bus that will be available to middle school students four days a week, Maus said in an email he sent to the faculty. The principals mutually decided to meet yesterday afternoon and discuss the proposition.

A survey “was sent out to parents, teachers and I believe posted on all school websites asking about start times,” Maus said. “The district looked at our current two tiered busing system and with adding a third high school, there is a significant cost. The transportation committee feels we need to move to a three-tiered busing system, and one of the biggest reasons is cost. They then looked at what that looks like and in order for buses to come and drop off and go run the next route and all those things, the start times need to be about an hour apart, roughly.”

As for the committee meeting held yesterday among the secondary principals and administrators, Maus said the committee had proposed for middle schools to start at the 7:20 a.m. time instead of the high schools.

“So what came out from their conversation in the committee … was that middle schools would be from 7:20 to 2:30, high schools would be from 8:10 to 3:20 and elementary would be from 9:10 to 4:10,” Maus said. “I was asked to come to a meeting yesterday and by the time I got there, the administrators, the principals of the buildings of the secondary schools currently middle school, junior high and high school, next year middle school and high school, were discussing and had made the recommendation to Dr. Belcher to move middle school early, as long as they were still going to be guaranteed their activities buses, which students can sign up for … because they are staying after school for a club or activity. [The middle school principals] felt as long as they were still guaranteed that four days a week, that was important to them. Then they asked for the time to be considered at 7:30 instead of 7:20.”

Teachers, especially those who have young children, are glad to hear there may be a compromise in the works. World and AP World studies teacher Katherine Sasser and her husband, Patrick Sasser, work at RBHS and the neighboring Columbia Area Career Center, respectively. The Sassers have two children, both of whom are under the age of two and require daycare services. With the current start time of 7:50 a.m., teachers have a contract arrival time of 7:20 a.m., and the Sassers still struggle to get here by that time.

“Even with a 7:20 contract time, it’s difficult to find a daycare situation that fits our needs and is reasonably priced as two teachers because we start so early … there were a few day cares that start up in town, so there was a little bit [of] flexibility with that” this year, Katherine Sasser said. But if school’s start time is pushed up, “it’s going to nearly impossible for us to find a daycare that fits our need in terms of what we can afford for our kids. Right now we have a lady set up who’s supposed to take our kids next year … we have everything ready.”

Katherine Sasser said it usually takes about a year to find openings in daycares, and the woman they have set up for next year is even doing them a favor by opening up five minutes early. If the Sassers have to start earlier than they were planning, it would not work out with their current arrangement. Instead, there are daycare facilities that are open from 6:30 a.m. to 5 p.m., but Sasser says the long hours that ramp up costs are not reasonable for their financial situation. Not only is monetary concerns an issue for teachers, but teachers also value time with their children and developing that relationship.

AP World and regular World Studies teacher David Graham and his wife, AP Biology teacher Kerri Graham, both teach at RBHS. The Grahams have two sons who are in preschool and would be attending elementary school next year, which, under the proposal, would begin at 9:10 a.m. Both Grahams have first hour classes this year, so they take their sons to preschool  at 7:15 in the morning. The current RBHS start time of 7:50 a.m. or the middle track start time of 8:10 a.m. allows the Grahams more family time with their sons.

“We talked about it last [Wednesday] night … we’ll have to find a daycare or a university student that can watch the boys from six thirty, wake them up, feed them breakfast, get them ready for school and take them to school at 9:10. We wouldn’t see them again until elementary school lets out. So the most important thing for us is loss of family time,” David Graham said. “They’ll be exhausted when they go home, and that will lead to less quality time. [Changing school start time] is pretty significant. The most depressing thing is the loss and lack of family time we’ll have. And then obviously the economic issues are kind of pressing for us because we’re teachers. Hopefully, we’ll compromise. I’m not giving up.”

As well as the earlier start time posing difficulties for teachers with young children, the student population and other faculty members made their opinions fairly clear in the possibility for a start time half an hour earlier. Previous studies also supported the idea that teens work better in the later hours, Maus said.

“Not everyone, but the majority of the faculty that I have heard from prefer the 8:10 start time,” Maus said. “Also the research would show that high school students were better on a later time than an earlier time. The students were definitely concerned. There were teachers, especially with elementary school children, that were concerned as well. Dr. Belcher heard that concern, brought the secondary principals in [and] had a great discussion. At the high school, moving later definitely fits what research has told us about teenagers in that they prefer a little bit later start time.”

Dr. Belcher will ask the school board about the possibility of being flexible with required teacher minutes before and after school if another compromise is proposed, Maus’ email stated. Also, Belcher wants to eliminate the wait lists to make sure all applicants qualify for Adventure Club, the before and after school child care program at elementary schools.

Although nothing has been decided, Maus said he welcomes faculty and staff to email him with comments or concerns, which he will pass along to Belcher and the Transportation Committee.

What do you think of the latest proposal? Is this a good compromise? The school board meets to hear the proposals Monday, Jan. 14. Will you be going?

This is part of the Preparing for Battle ongoing special report. For more information on the changes occurring because of the addition of a new district high school, check Bearing News biweekly for a transition update.

Really not looking forward to these start times. come on now!

Glad to see this.