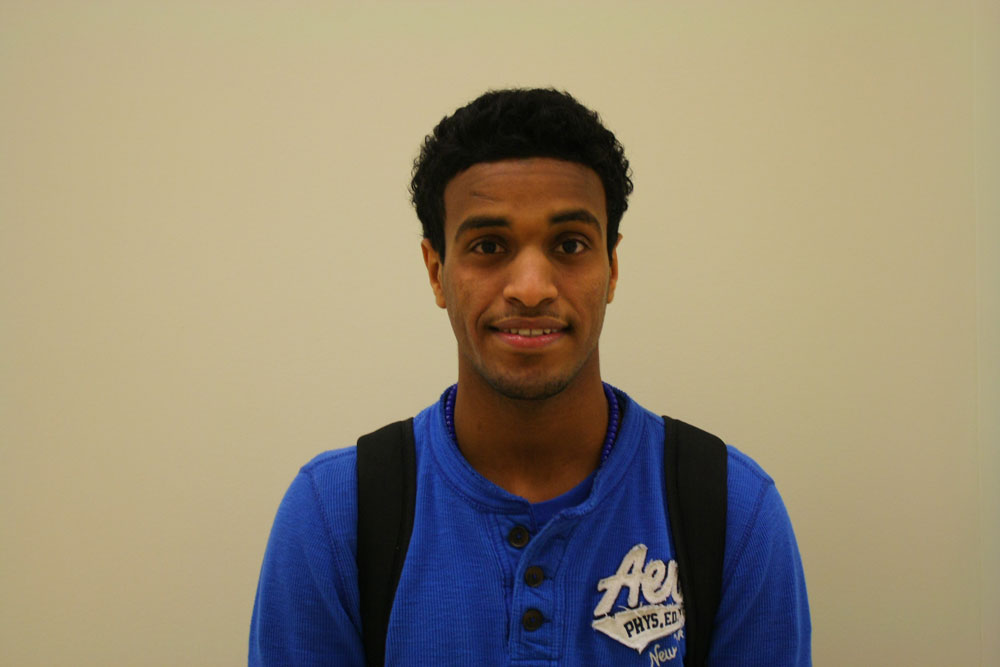 On Jan. 29, President Barack Obama spoke from Las Vegas about immigration as it stands in the United States and how he plans to fix the system “that has been broken for way too long.” Obama’s speech comes at a time when the topic of immigration is befuddling Capitol Hill.  His plan has four parts: strengthening borders, making sure U.S. companies don’t hire undocumented workers, holding undocumented immigrants accountable before they earn their citizenship — which may include requiring undocumented workers to pay taxes and a penalty, move to the back of the line, learn English and pass background checks — and finally, streamline the legal immigration system.

President Obama believes Washington can agree on a deal by the end of the year at the latest.

Thank you for voting
You have already voted on this poll!
Please select an option!
ShowHide

1. What should the United States do with the current immigration system and situation?

2. How long do you think it will take for the immigration discussion to come to a close or for the United States to find a solution?

“Immigrants should just be deported back if they came here illegally.”

“Probably a long time. It’d be hard to find everybody that’s [illegal].

“That’s not something I think about all the time, but [the United States should] probably have stricter qualifications for employment. Don’t make employment so easy for so many people, especially if they aren’t citizens of the United States, so it won’t make people want to come here so much if you can’t give them as many jobs. So, give jobs to citizens who need it instead of people from out of the country.

“Probably never because there is always going to be an immigration problem. People always want what they can’t have, and if they don’t like where they are, they are probably going to move, and it probably won’t ever be solved.”

“Well they’re doing a really good job with the immigration thing because people are suffering in hunger and crisis … I came from Yemen where now they have a lot of problems with civil wars, terrorist groups, al-Qaida fighting, killing civilians for no reason. Coming here was a great thing to do because we were one of the people that were almost in trouble with the government, so we came here, because there, it’s hard to get food, and the United States did a really good job with the U.N., bringing us here and giving us a better life.”

“They would solve it when whichever country people are coming from, like if it’s Mexico, and the U.S. should go and have a conference, talk about it and solve problems and just let a certain number of people [go] out here and have certain things they have to do here and get their citizenship, like join the military.”

“I think the U.S. needs to tighten border security and not necessarily deport all immigrants because it’s not successful. On both sides of the debate, if you grant amnesty, that’s going send the message that more immigrants are going to want to come because they’re like, ‘Oh, America doesn’t care, they will always grant you amnesty in the end anyways.’ And the other side of it is that if you don’t grant amnesty, you end up with a huge population of people who aren’t recognized in the U.S. and aren’t paying their taxes. So whether you grant them amnesty or not they are still going to be here and [be] here illegally. That only increases the amount of illegal immigrants here, and by granting them amnesty, you would decrease that number so that the population of illegals is set back to zero so that those people that were illegal before and become legalized have to pay their taxes now. But, what happens is that illegal immigrants do pay taxes, they pay state tax and sales tax, and in the end, they do kind of pay taxes even though they’re not granted amnesty. However, they’re not paying income tax, which is huge. There are pros and cons to both sides. The con side is that there would definitely be an influx in the amount of immigrants that try to come here, but if you tighten border security, that would decrease the chances of them getting here. That would be the best idea in my opinion, just tighten the borders so they wouldn’t be able to get here in the first place.”

“I don’t know what a reasonable time frame would be, but I know there are more pressing issues, like wars. Honestly, I think the illegal immigration population doesn’t necessarily harm anyone, it’s just a problem that needs to be solved, but its not a priority right now. We should try to get it solved as soon as possible, but at the same time, with things on the political agenda, [the government] needs to focus on more important things first. Of course, the sooner you get it solved, the sooner the exponential growth of the illegal immigrants will decrease, hopefully, if their policies succeed, which is questionable.”

“Fix it. That’s a tough question, and I don’t think there’s an easy solution, and I don’t think anyone who pretends the solution exists on one extreme side or another doesn’t understand the issue. I’m not going to even pretend that I even know what to do about immigration. I know we have to do something to speed up the process, ease the process to citizenship and secure the boarders.”

“Never, because we’ve been dealing with immigration issues since our country was founded. Really, the only time in our country that we have never had restrictive immigration policies was before we actually became the U.S. During the colonial period, we had open immigration. Since then, every generation has had this problem; despite the fact that we are a product of immigration, we don’t want the next group coming in. There’s always going to be someone new that we want to keep out and we want to regulate, that we want to restrict. We always want to prevent people from coming in, getting the jobs, blah blah blah. So we will never actually fix it because as soon as we think we’ve done that, something else will pop up.”

By Kaitlyn Marsh and Daphne Yu

I love hearing high school kids’ opinion on national and global issues. Teens can be oddly insightful, even on issues they’re not necessarily well versed in.

This is cool to see everyone’s opinions on such a hot-button issue.