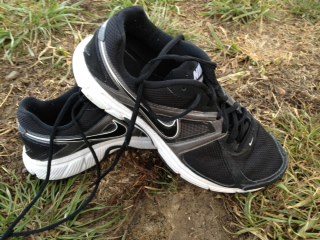 The National Eating Disorder Association is hosting its first walk in Columbia this Saturday at Cosmo Park. Check in time is at 9:30am, and the walk will start at 10am. You can sign up with Junior Jackie Gajda or online here.

NEDA supports individuals and families affected by eating disorders and works towards providing help, encouragement and solutions to those inflicted by disorders including anorexia nervosa, bulimia nervosa and binge eating disorder. Gajda is on the committee for the walk and has been working for over 6 months to bring the walk to Columbia.

“I really want this to become part of Columbia since this, none of this [has] happened before,” Gajda said. “I really want to be a pioneer and help people, because I know  so many people in this school alone, affected by eating disorders who can’t receive help”

The committee began fundraising last August, with a goal of raising over $5,000. Since then, the journey has been long and difficult. Struggling to find different outlets for coverage, Gajda was aided by her mother, an experienced fundraiser who has worked for groups including the Children’s Miracle Network. Through her mother, Gajda was able to contact organizations such as the Zimmer Radio Group who was able to help raise awareness of the walk. Among the many participants attending, Junior Michaela Holubeck believes that the walk could potentially change the face of eating disorders.

“This event means a lot to me because I’ve had a few friends struggle with eating disorders and some of them didn’t want to seek help because there’s such a stigma attached to it,” Holubeck said. “I believe that if more awareness is brought to the subject, then more people that suffer from eating disorders will be encouraged to seek the help they need.”

Currently, the event has raised $4,300, just $700 short of their ultimate goal of $5,000. With less than a week before the event, Gajda’s long-awaited dream is finally becoming a reality. By raising awareness within the community, she wants to show other people that there is hope.

We want to, “provide hope for those with eating disorders and show them that it’s not the only thing they have to do,” Gajda said. “It’s not what makes you valuable as a person, you don’t have to be this thin, perfect model person to be worth it … I just want to bring hope to those who are in a bad place right now.”

Board of Education decides on new school start times

Ashleigh serves as Editor-in-Chief of The Rock from 2013-2014. She enjoys learning and writing about community events that spark action and the growing Columbia arts scene. For more information on Ashleigh's content, feel free to email her at contact@bearingnews.org