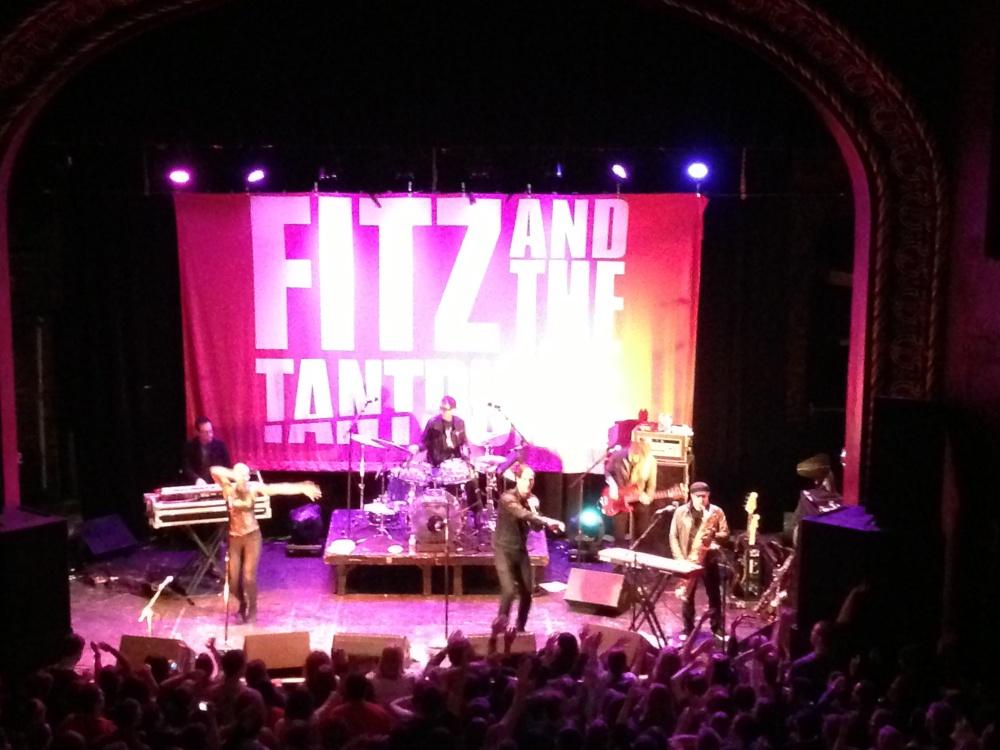 This generation’s era of music encompasses many varieties of genres and styles, but among the multitude of bands, none are as unique as Fitz and the Tantrums.

Fitz and the Tantrums is a soul/indie band that performed at The Blue Note in downtown Columbia on Wednesday, April 24. The concert opened with a lesser-known band called Hunter Hunted, which set the tone for the evening by providing an indie style similar to Fitz and the Tantrums. Hunter Hunted was vocal with the audience and kept the mood spiced up with their great drummer and violinist. They jump-started the concert on a great note, but when it was time for Hunter Hutned to exit the stage, the crowd was left to stand in an agonizing intermission, anticipating the main event.

When the Tantrums finally entered the stage, lead singer Michael Fitzpatrick and singer Noelle Scaggs casually sailed into the first song. The band wasted no time in getting down to business and started their performance off with a bang, gracing the audience with one of their major hits, “Don’t Gotta Work It Out.” The band proceeded to launch into many other upbeat tunes such as “MoneyGrabber” and did a take of “Sweet Dreams (Are Made of This),” which was originally performed by Eurythmics. The band also gave the audience a rare treat, playing a song from their new, unreleased album.

It was a happy time for all, with no one leaving The Blue Note unsatisfied. Attendees’ spirits were engulfed by the fiery, passionate melodies; their hearts pounded from the intense upbeat rhythms; their very essence morphed into that of musical warriors, making the concert-goers ready to devour the world with the hype amassed from the glorious event.

Fitz’s voice, coupled alongside Scaggs’, is an amazing sound to behold. Their vocals were the greatest I’ve heard yet at a live concert. Fitz’s jovial demeanor kept the mood relaxed, while Scaggs’ continual engagement with the audience pumped the concert full of vigor, making it impossible to not be absorbed into the show. The rest of the band shone in the spotlights as well. John Wicks, on the drums, kept a cool rhythm, with a varied and fluid style. Jeremy Ruzumna’s melody on the synthesizer was at the least impressive, and James King made phenomenal grandstands during his saxophone solos.

This was a concert not to be missed, as Fitz and the Tantrums is a band that cannot be forgotten. Their refreshing style and individuality sets them miles apart from many other bands. An opportunity to see them live should never be disregarded, and, if given the chance, I would see them again at a moment’s notice.