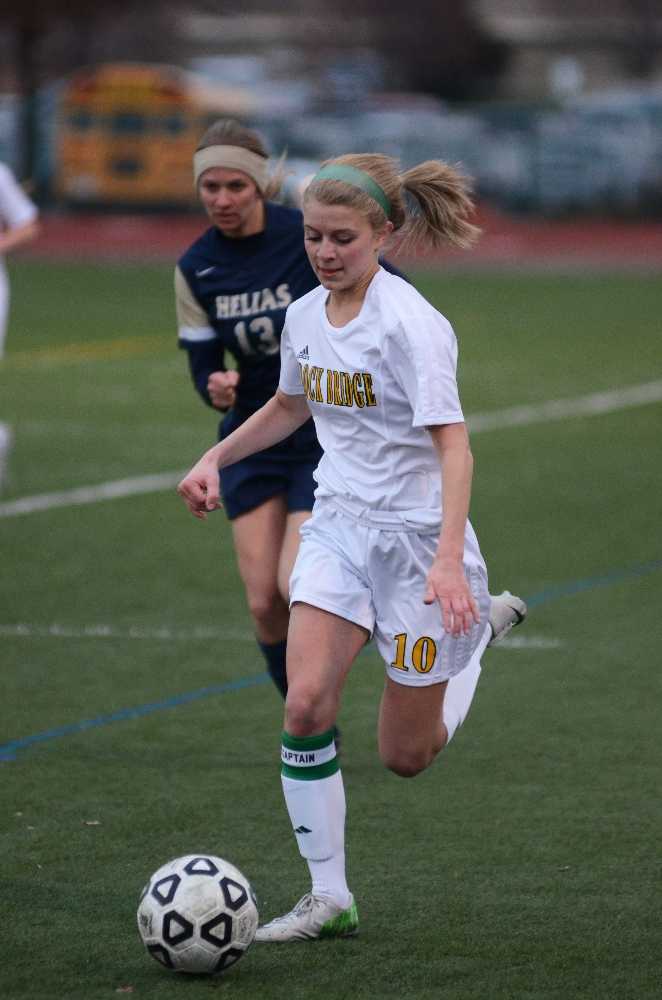 Tonight, the RBHS girls soccer team defeated Helias High School 1-0 and brought home its third win of the season. After a tough 3-0 loss to Park Hill South March 20, the girls geared up for their first game after spring break with the goal of making a statement.

“We talked in the training room before we went out tonight about how much potential we have,” senior Morgan Bumby said. “This game was an opportunity for us to show people what we’re capable of. We all really wanted this win, especially coming off of a hard loss before break.”

All throughout the first half, the Bruins made strong attempts to score the first goal, but none of them were successful. With the post-spring break vibe still hovering around the team, the first half wasn’t the cleanest. The girls entered the break 0-0, but  they were confident.

“We were happy with how we played the first half,” Bumby said. “It’s hard getting out there the first time after spring break, so it was a little messy, but we knew we could do it. It was just a matter of drive and heart.”

Only minutes into the second half, sophomore Katie Cook made the first — and only — goal in the game, giving the Lady Bruins the lead and eventually, the win. Though the game wasn’t played perfectly, the win solidified the team’s reputation.

“Everybody worked hard to get back and help out on defense when we needed them to. That’s so important. We played tough and fought the whole time,” Bumby said. “We could have connected passes a little bit better than we did, but overall I thought we showed up tonight. Helias is a great team, and we proved that we can compete at that level and succeed.”

Ware in the World?