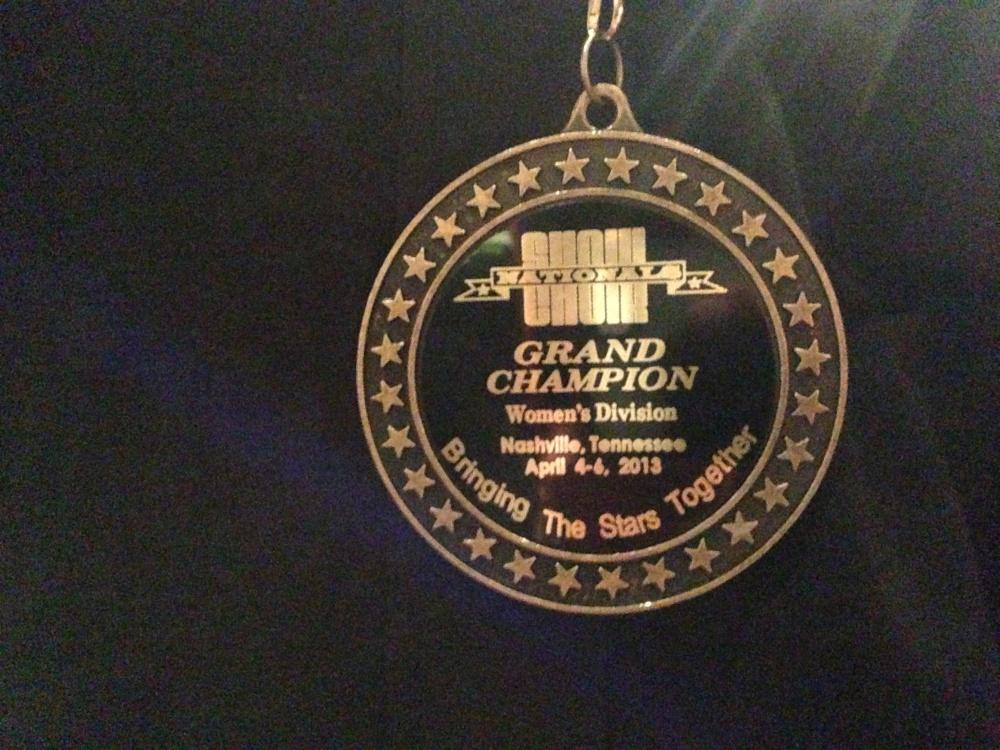 Last week, the RBHS show choirs packed up two charter buses and zipped down to Nashville, Tenn., to perform in Show Choir Nationals on the famous Grand Ole Opry stage. Previous performers on the great country stage include Tim McGraw, Garth Brooks, Carrie Underwood, Blake Shelton, Eric Church, Luke Bryan, Elvis Costello and, of course, Johnny Cash. On April 4 through April 6, however, it was high school students rather than celebrities behind the red curtains.

RBHS show choir students left school at 7 a.m. on the morning of April 4, drove down to Nashville and quickly got prepared for Satin ‘N Lace to perform in their division. City Lights members filled the seats with other competing show choirs, cheering as the curtains rose and Satin ‘N Lace marched onto the stage.

“It must have been amazing,” junior Satin ‘N Lace member Tateonna Thompson said. “I [almost] blacked out halfway through the show, because I was so nervous about doing it … It was amazing from what I can remember. I remember seeing blurry lights in the audience, because I have to go on blind [without my glasses]. It was surreal, a once in a lifetime kind of deal.”

Later in the evening, after dinner at either the concession stand or a restaurant in the Opry Mills mall, Satin ‘N Lace returned to hear the results of their performance. After much anticipation, it was announced that Satin ‘N Lace had won Grand Champion in their division.

“A lot of girls didn’t think that we would win, because it was nationals and nationals is big,” Thompson said. “But I think, deep down, we all knew that ‘we got it.’ … It was very exciting. There was so much love in the air, even from the people who didn’t win.”

The following day, the mixed show choir City Lights rose early to prepare for their own performance. A few hours later, they passed under a banner that stated in giant blue letters: “Through this door pass the most outstanding show choirs in the nation.” Then it was time to dance.

“I think my heart literally stopped for two seconds,” senior City Lights member Sarah Pritchett said. “We were all looking at each other like ‘This is actually happening.’ Once we moved into our first position, I could actually look out into the audience, and I just started to shake a little bit, just because I was so excited.”

While City Lights was waiting for their results, each of the show choirs had plenty of time to kill. Over the course of the weekend, performers visited downtown Nashville for barbeque and live music, the Opry Mills mall for ice cream and Forever 21, the hotel for swimming and video games, a local golf course for putt-putt and go-karts and the Wildhorse Saloon for line dancing and delicious food. Students had plenty of time to converse, share their experiences and connect over their taste of the superstar life.

“I think my favorite part of the entire trip was just getting to reconnect with all the people I’d kinda lost touch with,” Pritchett said.

Finally, on April 5, it was announced that City Lights had placed ninth in their national division. Although this didn’t merit a trip to the finals performance, many of the members were still proud. According to Director Mike Pierson, ninth place is a significant step above the last City Lights nationals performance, where the group placed eleventh.

“We were going against people who had a different type of show than we do, so because of that we were a bit scared,” senior City Lights member Aaron Myers said. “Our show has serious, crazy, intense choreography while the the choreography of the other schools is choppier, with big smiles through the whole show, similar arm movements, that kind of thing. Our style is much more modern while theirs is more accepted by the judges in show choir.”

Pritchett agrees that the unusual type of choreography and theme utilized by the City Lights show could have swayed some judges. Most show choir shows focused on themes of joy and excitement, or perhaps scorned love, while this year’s City Lights show follows a theme of anxiety, fear and even insanity.

“I think the judges were probably expecting a very stereotypical performance,” Pritchett said. “And they didn’t get one.”

Nevertheless, show choir students returned home with a great experience. Thompson returned with a Best Female Vocalist award and a Grand Champion win under her belt. The rest of the groups returned with hilarious stories and lessons learned.

This was “the best experience I’ve had in my three years of show choir,” Pritchett said. Performing on the Grand Ole Opry stage “was just one of those jaw-dropping moments.”

I agree, this one one of the best experiences in my “performing life”. Thanks for writing about it- it was very well-written (as your work always is).