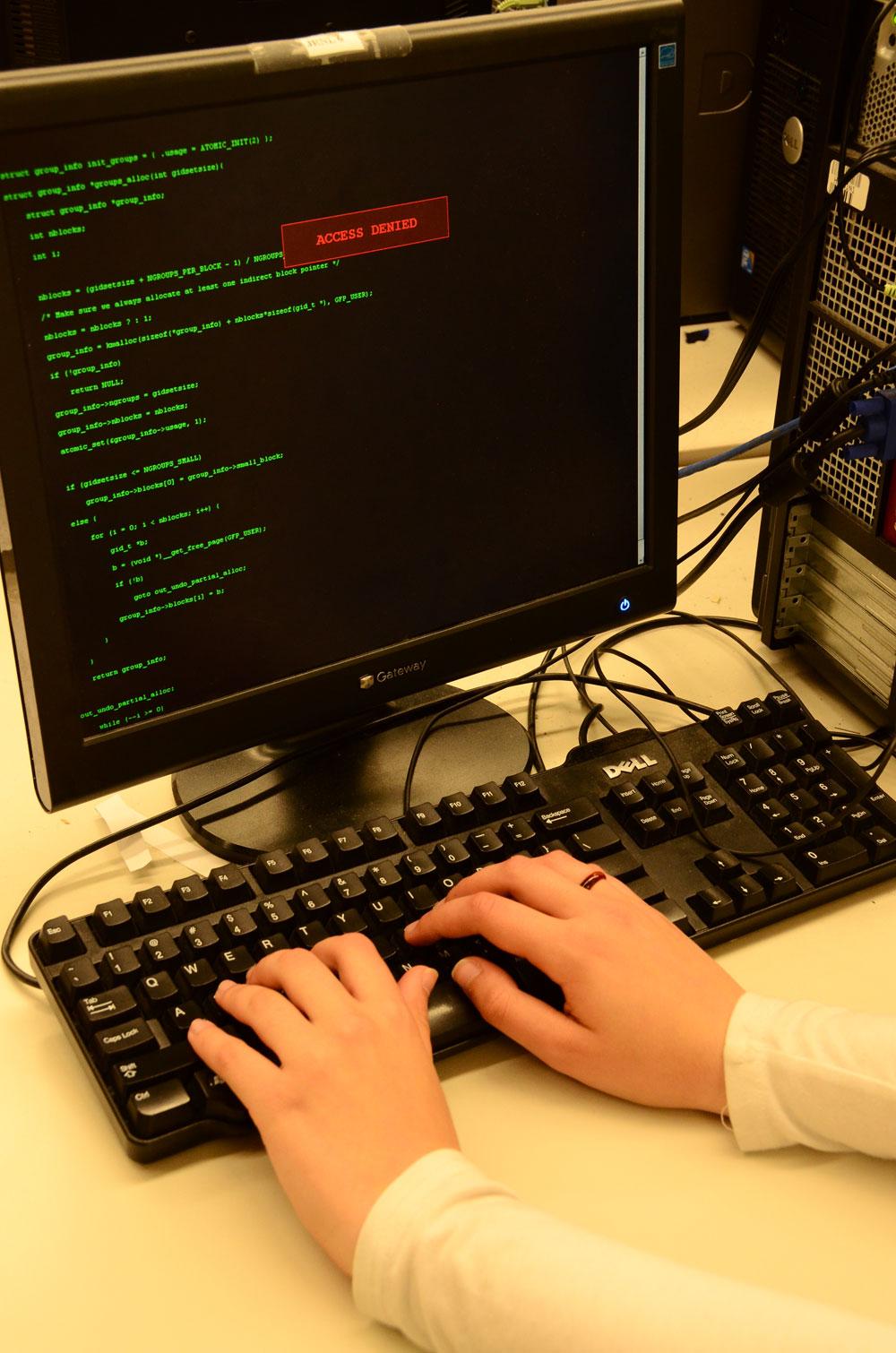 With my eyelids sagging, I was exhausted when I neared the end of finishing my Advanced Placement: Literature and Composition final, two nights before the due date. While typing out a sentence, my laptop screen flashed to black, then morphed into a white screen where a large Federal Bureau of Investigation symbol jumps onto my screen with a monotone voice.

“You have violated federal law by distributing illegal material through the Internet. Your computer is now locked down until you pay the fine within 72 hours…”

In my paranoid state of being sent to prison and inability to finish my final, I began to foolishly search for a payment method to remove the block without calming down and looking at the situation logically.

Thankfully, my father calmed me down when I rushed downstairs like a maniac to tell him of my peril. Without him I could have fallen prey to the blatantly fake warning, losing $400, control of my computer, passwords and personal information. With a level head, I immediately powered off my computer manually and took it to a computer repair shop. Luckily I found one still open that provided me with priority repair options and was able to fix my computer in a couple of days. Unfortunately, the virus on my computer dealt heavy damage to my security system and many main features, and in the repair process all of my local data was removed, including the nearly finished final due in two days.

If I had continued to pursue the problem irrationally, I may have lost the money and suffered further harm to my computer, or gotten in a wreck from driving in a frenzy to the repair store. Paying the service cost of $150 was much prefered, and even though it was little, I still had time to retype my final. Even though the situation turned out rather poorly, I’m glad I fixed what I could.

Freaking out about a problem, no matter what the situation, always makes it tougher to handle mentally and often worsens the problem; it’s all about keeping yourself composed, as intensifying the situation only hurts your constitution and the ability to make rational decisions. Staying calm and assessing problems with logic leads to a faster, better solution with less stress on making the best decision.