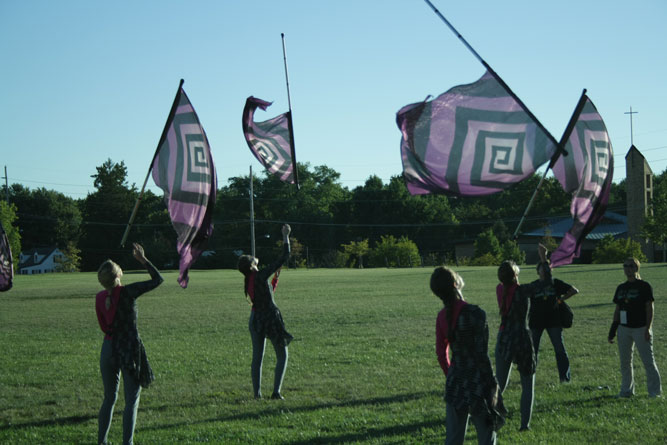 Emerald Regiment, the RBHS competitive band, heads to O’fallon where they compete in the Ft. Zumwalt North marching competition. The Bruins takes the field to play their show “Hemispheres.” Tonight the band had its final practice from 6-9 p.m.

RBHS will perform a longer version of the the show than the band did Sept. 21 in the St. Charles West competition. A glimpse into what will happen throughout the day is shown.