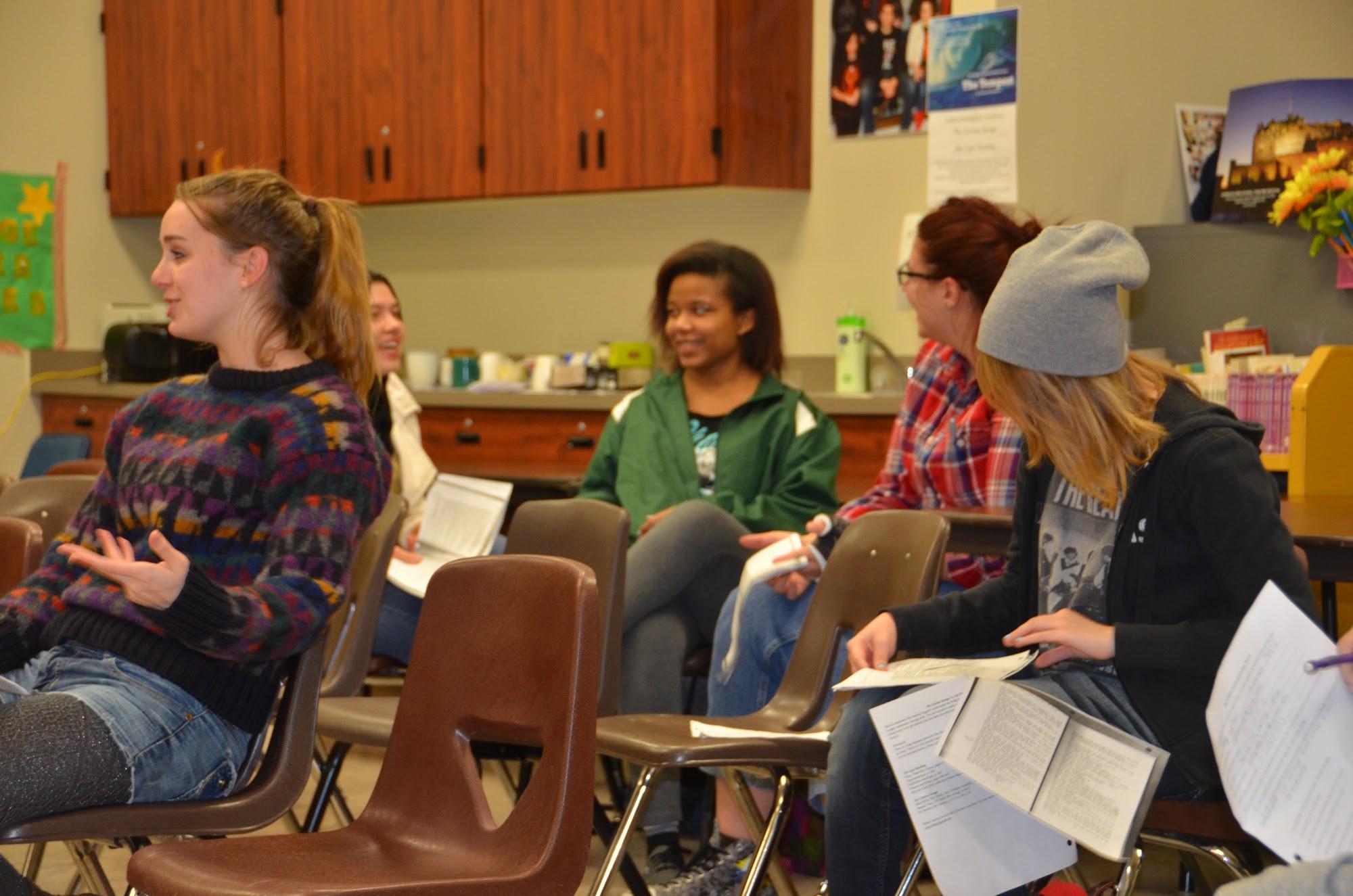 The two-day audition for RBHS’ winter play, The Curious Savage by John Patrick, was held in room 408. Students got their scripts from the media center and read them over Thanksgiving Break. The play’s comedic tone attracted students to audition for the play.

“I read about half of it and it’s hilarious,” senior Casie Levy said. “And it’s really good so that’s why I can’t really decide what character I would prefer because they are just really good, in-depth characters.”

Seniors came in ready to give the final curtain to their long interest in acting. Since childhood, many of their parents have encouraged them to appear on stage.

“It’s kind of sentimental … I’ve been in all three productions in the past three years,” Levy said. “You know, sophomore, junior, senior, and so I thought ‘why finish off with senior year as a small part, like a small cast with only eleven people?’”

Even senior students who have never done a play before tried it out just to get the bonding aspect of rehearsal.

“I liked the bonding aspect of it. I think it’s something that refreshes yourself,” senior Katie Wheeler said. “I think that’s what I like the most.”

The first day of auditions began on Dec. 9, at 4:30 after school. Students waited for their turn to read out lines in front of a group of other people. Due to lack of preparation, they were nervous as they listened to the drama teacher Mary Coffield’s instruction.

“I think the way Mrs. C does it … she has call-hearing that you don’t have memorized or anything,” senior Piper Stretz said. “You go in there with an idea of what you are going to do, but nobody’s really sure, so nothing seems really concrete.”

After the audition, if seniors get accepted into a role, many said they would look forward to the cast’s collaboration the most. Even when they finish their high school years, they will find their teamwork worthwhile.

“I like the family we create with fellow cast members, especially with a cast that small,” Levy said. “We get to hang out all the time, people who are just like you, and out there and stuff.”

This lively collaboration will end bittersweet when these seniors leave the school and start their college life. Mary Coffield expressed how she will missed her students next year.

“Oh, it’s sad. I kind of feel torn about it,” Coffield said. “I know for some kids who are seniors, they’re really hoping a lot that ‘this is my turn now; I am one who gets the part.’ Sometimes it doesn’t work that way, and I feel bad for them about that … Oh yeah, I’m gonna miss those seniors. Some of them I got attached to over the years. Had them all three years.”

Coffield has taught Stretz, Levy and Wheeler in the past, and all three of them enjoyed acting on stage. They will miss their involvement in theater performance.

“I am pretty involved in the theater department,” Stretz said. “And I really like the idea that you can remove yourself from reality and become a different person for a while. I think I am pretty good at it. I’m dramatic person. I’m pretty loud. It works out.”

This was a great play and a great performance, all of the actors did well and the set looked absolutely amazing