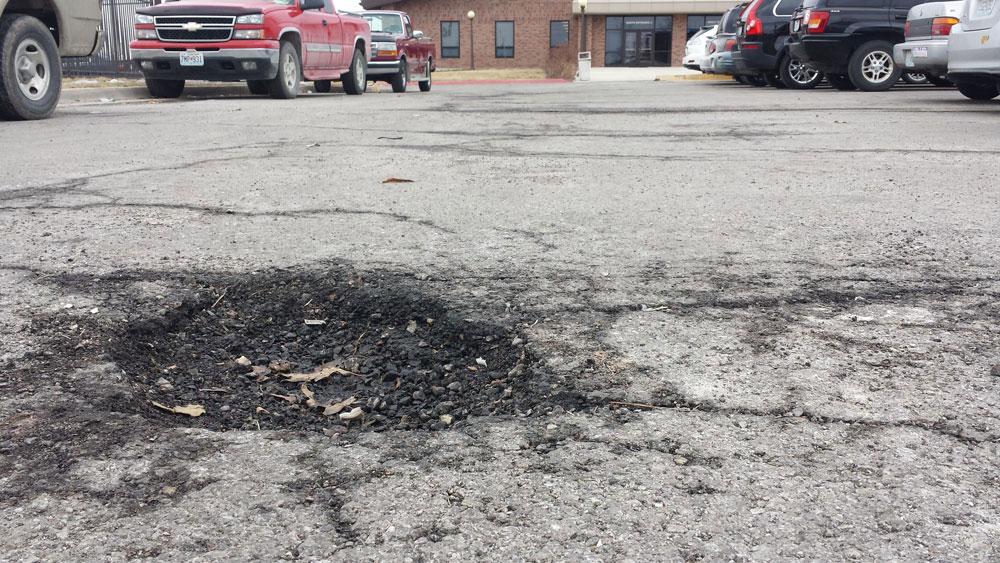 The harsh winter conditions have even taken a tole on RBHS' North Lot.

As the weather shows the first signs of changing, roads do, too. However, while the weather is taking a turn for the better, the changes for Columbia roads have proven a bit bumpy.

“I live off of Green meadows, so Green Meadows, Providence and Bethel are my most traveled roads,” senior Hannah Cajandig said. “Green Meadows is definitely the worst, every time I go over it I feel like my tire is going to explode.”

While the reality of potholes are fairly certain throughout any commuters life, seasons do play a large factor in the amount of road blemishes and issues seen by motorists.

“I’ve pulled over before, when I hit the pothole outside of my house,” Cajandig said, “I have heard wrecks outside my house because of it.”

Despite the truth of poor conditions, residents have been trying to cope the most natural ways they can. “We just try to avoid them, even though they’re everywhere” junior Yasmeen Taranissi said

A statement made by MoDOT in January, anticipating the poor road conditions, warned residents of what the recent extreme weather has meant for Missouri’s roads, and that their highest priority is to now fix roads when the snow and ice has cleared from the roads.

“I would say that they are doing an adequate job,” said senior Grant Gallagher, who takes the roads through the state park to reach school every morning.

However, heavy traffic by the school and the poor weather conditions have left areas in less than perfect conditions. “…I am sure there are some more fillings that they could do,” Gallagher said.

Have you come across potholes? Which do you think are the worst?

Where to eat in The District