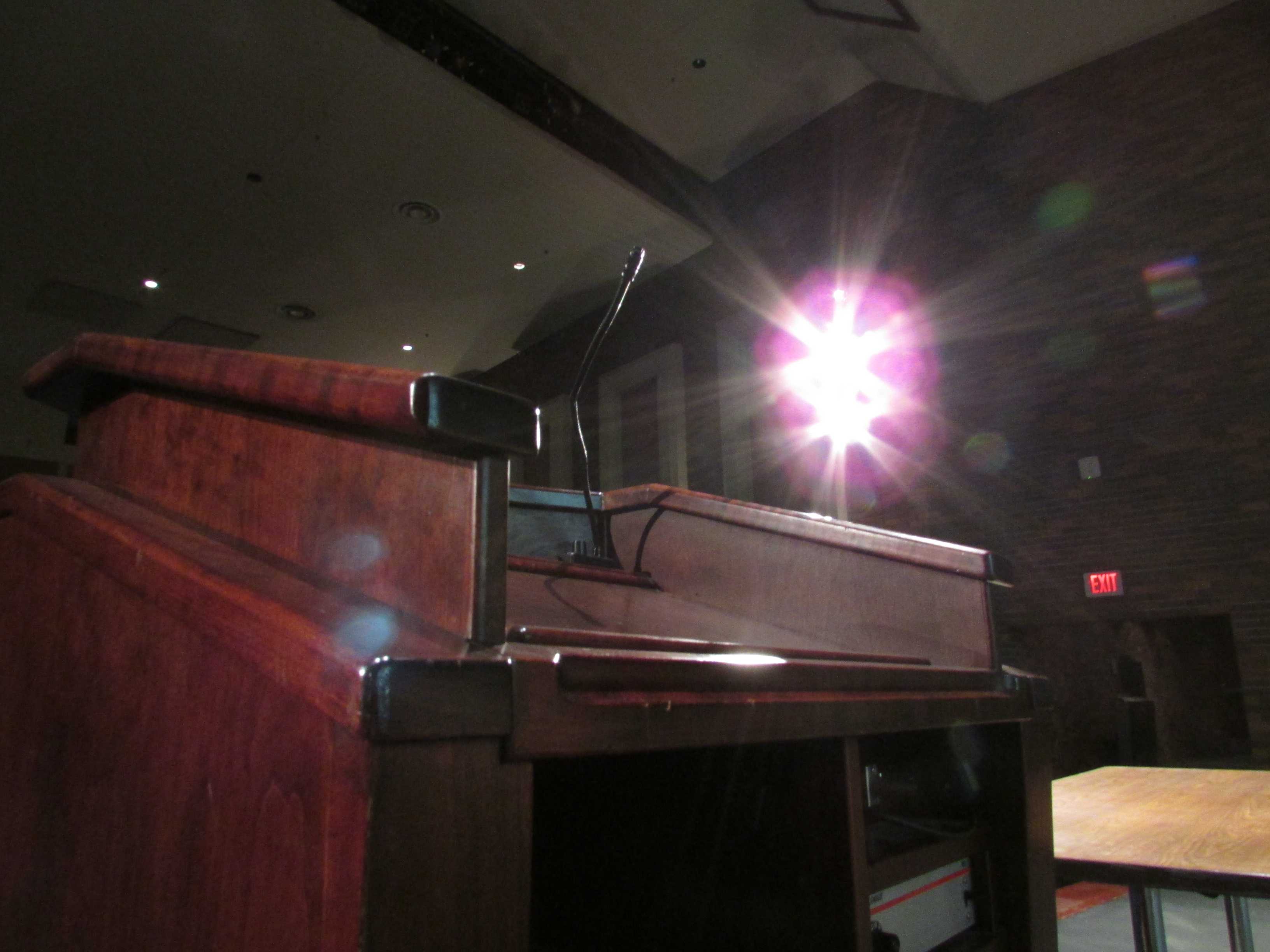 The stage is set for RBHS's first debate tournament in years.

This weekend RBHS’s debate team to Pattonville High School to participate in the district debate tournament.  They will also travel from  March 14-15 at Mexico High School.

Their upcoming competitions may be overshadowed, though, by looming budget problems as the team is around $7,000 in debt.

Last year RBHS’ debate team was only a few students strong, permitting travel and competition under a relatively small budget. However, the dramatic increase in debaters as a result of an additional grade at RBHS and more interest this year is one of the main causes of their severe budget deficit. Among other changes, the team rode in a small bus last year, but their increased numbers necessitated a change.

The team’s growth “put us in debt because we could not anticipate our rapid growth and traveling and understanding the expanse of bus [and] the transportation,” RBHS debate coach Jennifer Black-Cone said. “We are working on right now fundraisers and trying to find ways to take care of this year, and then we are looking ahead for next year so don’t get in debt at the beginning.”

Senior Maaz Mohammed has been a part of the team since his sophomore year. Seeing the team grow over the years has left Mohammed conflicted. While the increase has been good for the team, the cost to fund new students has also placed additional strain on the team.

“I have mixed feelings about it,” Mohammed said. “The reason we have to pay so much for first student is [because] our team doesn’t fit on the short bus anymore. [The team] has more than tripled in size from what it was last year. It’s kind of frustrating that our budget is so small. [Now] we’re trying to figure out how to fundraise.”

While the year may be drawing to a close, the debate team is entering into new territory. Looking to build onto past successes, the team is considering new avenues to cover costs. Captain Whitney Cravens is hoping to orchestrate new relationships with Columbia businesses in order to keep the team up and running.

“We pay for our own hotels and food, and the budget pays for entry fees and the bus,” senior Whitney Craven said.  “One [fundraising] idea is to go around to local businesses and ask them to sponsor us, and another idea we’re exploring is a fundraiser with Panera that the Jefferson City High School debate team also does.”

Apps of the week: JOOL, Grid and SAT Up