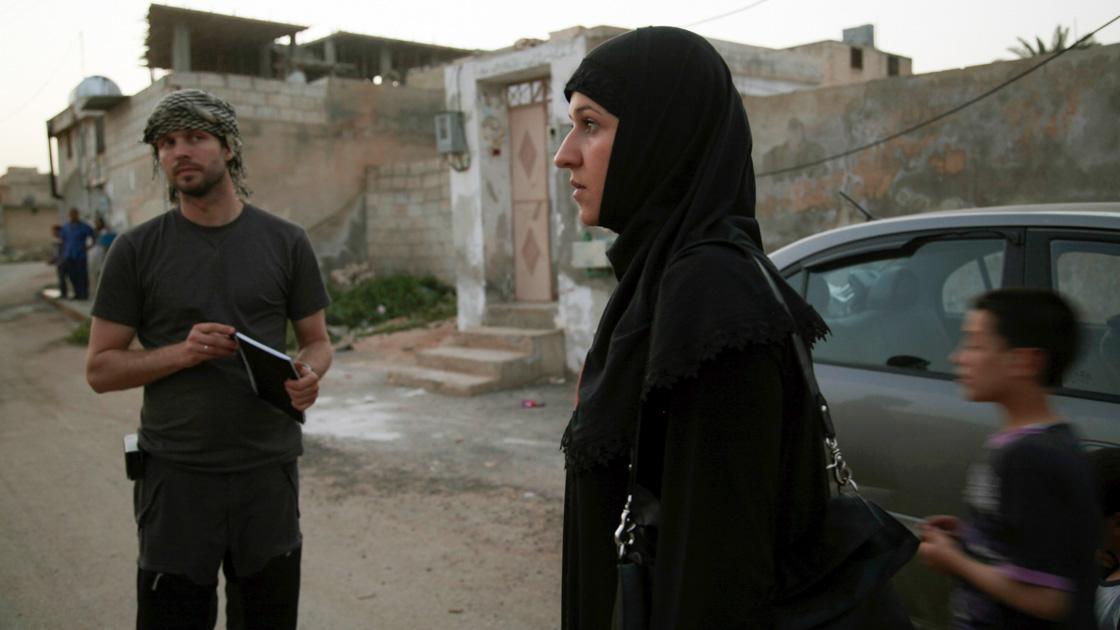 E-team is not only the best film I’ve seen at True/False this year, but perhaps one of the best documentaries I have ever seen. This is a weighty statement, but what the documentary manages to accomplish is incredible.

The film follows four members: Anna, Ole, Fred and Peter, of an emergencies team belonging to the non-profit human rights organization, Human Rights Watch. The e-team’s job is to arrive as soon as it can wherever allegations of human rights violations emerge and to conduct investigative work as to whether the allegations are legitimate. If they are, then the e-team documents the abuses and calls the world to attention. It is the firm belief of the team and its non-profit parent that the abuses they fight flourish in the dark, that forcing them into the light is a big step in combating them.

A film like this could easily slip into pretentiousness and soapboxing. The members of the e-team could have idealistically ranted throughout the documentary about human rights and the good that they’re doing in the world and the necessity of emulation, but they never did. Instead, the film was astonishingly down-to-earth. The members of the team were human, they just happened to be incredibly brave and good humans.

In showing the personal lives of the e-team as well as their professional, the movie became, at times, unbearably emotional. Anna and Ole, for example, are married with a 12-year-old son and, as you find out over the course of the movie, another baby on the way. One scene captures Anna and Ole’s son watching the 2012 thriller, Salt. As Angelina Jolie darts around doing intriguing, heroic things, their son smiles proudly and you get the heartbreaking sense that this is exactly how he views his parents.

Throughout the movie, the inclusion of human moments like this provides a necessary humanization of people who we often see, instead, as nothing more than tragic numbers. While rushing to a bomb-site in Syria, Anna and Ole bond with a Syrian man in their car whose wife is also pregnant. When they ask him how far along his wife is, he tells them not only the number of months, but the day-count as well. When they remark on the fact that he knows the number of days as well, he beams and says, “Of course. He is my son. My first child,” making you see him as not just another Syrian, but a human. The moment in the film when you realize that there are thousands of thousands more of these humans suffering, all at the hands of other humans, that’s when the tears start.

E-team is a powerful film. It often inspires in you a hatred for the sick, unthinkably malicious state of humanity, but it also makes you fall in love all over again with everything that is good and stunning about humans. It highlights both our insignificance and our incredible importance. It is one of those rare documentaries that keeps you fascinated and leaves you fulfilled. Even if you don’t get a chance to catch it on this last day of True/False 2014, I would recommend going out of your way to see it as soon as you can.

Nicely written article but in my opinion this film DID slip into pretentiousness and at times insensitivity. It was lackluster and slow compared to many of the other films shown this weekend. Also, Ole is the boy’s step father.
Thank you for the opportunity to share my contrasting opinion.