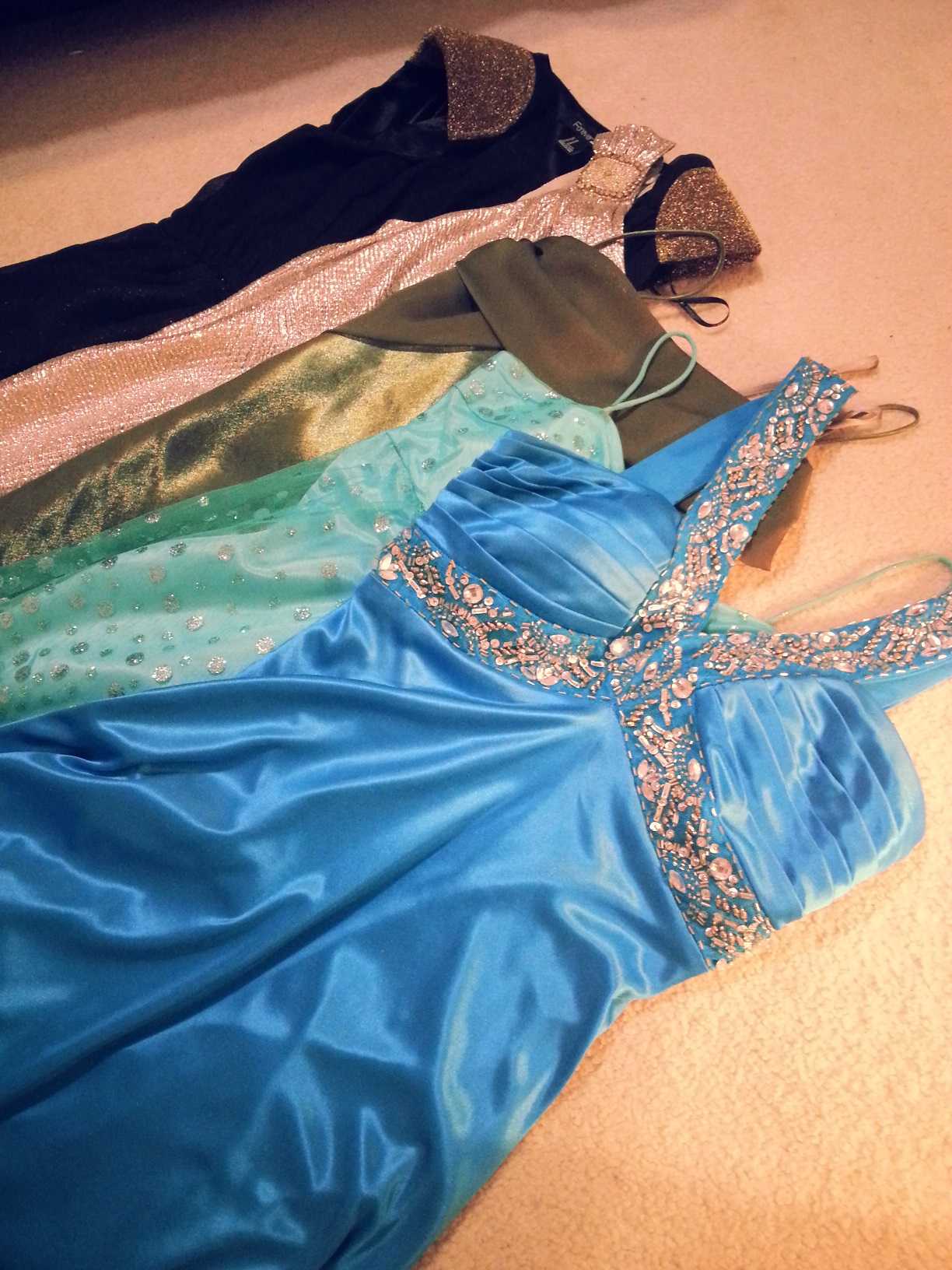 Any RBHS girls attending prom are invited to the green room in the PAC this Thursday afternoon to pick out a beautiful dress free of charge. The Prom Closet will be held from 4:30 to 6:30 after school and anyone is welcome to donate old dresses or come and explore the plethora of cost-free options. National Honors Society Interclub Council Representative, senior Megan Kelly, said she was inspired to bring back the annual event after attending two years ago.

“Prom Closet is basically a chance for girls to get free prom dresses, which is a really cool opportunity,” Kelly said. “We didn’t have it last year, but I remember I went with one of my friends my sophomore year and it was just a really awkward environment but the idea is such a cool idea I just feel like people don’t take advantage of it.”

If attendance is sparse, Kelly said she and NHS president Trisha Chaudhary will likely hold the event again in a few weeks. She said the girls did not have as much time as they would have liked while organizing for Prom Closet.

“We’re thinking about doing another day of it too, like after spring break and closer to prom, if not a lot of people come to the first one,” Kelly said. “[The planning] was kind of last minute because it took us a while to make sure that we could have things and dresses and people and stuff.”

Math teacher and NHS advisor Travis Martin said he helped Kelly and Chaudhary organize Prom closet, though the girls took on the bulk of the planning. The event is a great way to help out students who lack the means to go out and buy a brand new gown, he said.

“Students can donate old dresses to prom closet so that other ladies who maybe couldn’t afford–for whatever reason, the time or money or whatever– to buy a dress for prom, so they can go there and get one that has been donated by someone else,” Martin said. “As far as my help, it’s been very minimal, because to be quite honest, I don’t know very much about women’s dresses, but the ladies are in charge of it.”

The event will be organized in a slightly altered fashion this year, Kelly said. She and Chaudhary incorporated some new aspects into the event to ensure a comfortable and welcoming atmosphere.

“We’re doing it a tiny bit differently this year because before people could just come and look and try on dresses, and this time we’re trying to also have someone who can do alterations there and if anyone wants to come and bring an old dress and exchange it with a friend they totally can,” Kelly said. “There have been a ton of people donating dresses and I think it’s going to be really great.”

Senior Subah Mohua said she donated an old prom dress to the event because she knew it would go to better use in someone else’s hands. Knowing she could be making a significant difference in someone else’s senior experience makes the decision to give away a dress all the more meaningful, she said.

“I chose to donate because I knew I probably would never wear the dress ever again and it would just lay in my closet until who knows when,” Mohua said. “It’s pretty important because I feel like I’m being able to provide someone who might not be able to afford a dress with a pretty cute dress. Some people may not go to prom because they don’t have a dress and here’s a great opportunity to get one.”

Not everyone has the ability to purchase a dress for prom, Martin said, which hinders students’ ability to thoroughly enjoy this important social event. He said prom closet is a unique way to make sure each student feels included in the school community.

“Everyone wants to feel they belong and part of that is attending social functions. You can’t go to a black tie affair– and prom is a black tie affair– you can’t go to that and feel in place if you’re there in cutoffs. So [prom closet] is a way to help people in need get that aspect of what you need in life. There are food drives and blood drives and we do those things as well and that helps more with the physical need that we have, but the social need and the mental need isn’t always addressed, so that’s kind of what prom closet is trying to address for ladies.”

Sounds of the RBHS Choir