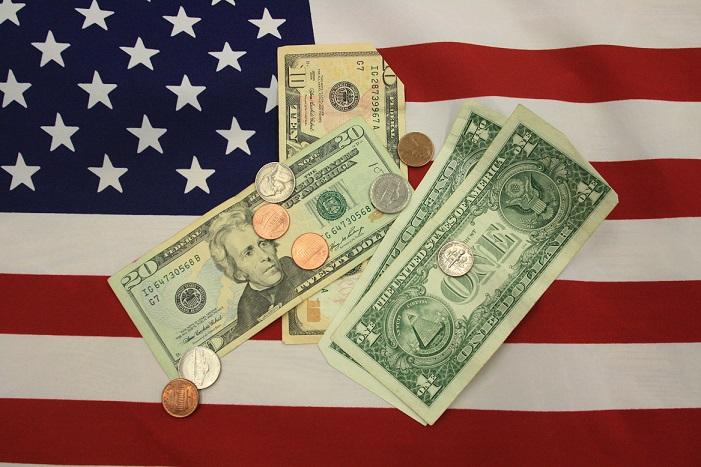 Idealists used to believe that candidates play fair and idealistically in every presidential election. Senator John McCain (R) made a public-finance option in his failed 2008 Presidential campaign, while then-Senator Barack Obama asked the big guys on Wall Street, like Goldman Sachs and CitiGroup, to finance his successful campaign. One of Obama’s goals to change the country was to reform the government by getting money out of politics.

Unfortunately, the President has yet to keep the promise he made to his supporters. He, along with his fellow Democrats and Republican colleagues, continues to pander people with more larger income than his faithful supporters.

People can feel the presence of top Wall Streeters getting involved in this country’s politics, starting with Mitt Romney’s victory in the Republican primary elections to the government shutdown last year. This presence was especially clear when the majority leader of the Senate, Harry Reid (D), openly criticized the Republican Party’s “addiction” to the donations of billionaires like the Koch brothers and called the brothers “un-American” for attempting to buy the country.

Things got even worse April 2, when the Supreme Court struck down campaign contribution limits for Americans, which will give the one percent even more of an advantage over the rest and put more corruption into politics.

Five of nine justices are favoring wealthy people like Sheldon Adelson rather than their own people; giving zero justices to the rest of Americans. Conservative Chief Justice John Roberts wrote in a legal opinion for the majority’s decision on McCutcheon v. Federal Election Commission that “government regulation may not target the general gratitude a candidate may feel toward those who support his or her allies, or the political access such support may afford.” The rest of the justices concluded that the First Amendment and the freedom of speech invalidates aggregate contribution limits

This makes bribery within the government legal for wealthy donors. American democracy is dying; only the top one percent has freedom of speech while the oppressed 99 percent have none.

The empty words Chief Justice Roberts used to justify corporations’ so-called right to free speech does not present reality, but rather an opinion disguised as fact. As demonstrated by the Citizens United Supreme Court decision back in 2010, the Supreme Court will never limit the corporations’ contributions and will allow more billionaires to anonymously donate unlimited amounts of money to the political candidate they favor.

A recently leaked document shows the billionaires’ bribery in politics has changed the operation of Washington D.C., where big name corporations, like the Koch Industries, donate to think tanks, organizations and candidates. Not only that, they use this donation to buy influence to lobby legislators to support bills that will benefit them and not the people.

One notable case is when the Republican Party took over the North Carolina legislature, which ignited the Moral Monday grassroot movement. Art Pope is a libertarian political activist with millions upon millions of dollars, and his family targeted 18 of 22 empty legislature seats back in 2010. Through gerrymandering and critical advertisements against democratic legislatures, they successfully misled North Carolina voters to vote for extreme candidates. Along the way, this made Pat McCory, a far right-winger in centrist clothing and the governor of the state in 2012, a national legislator. During the campaign, he crafted a pro-choice image for himself and even said in debate that he would not place any restrictions on abortion, but then he turned around and pulled the rug out from under female voters by signing an abortion restriction law.

The right-wing legislatures and candidates, supported and funded by Art Pope, passed a voters’ restriction law requiring voter ID, something that President Obama won’t allow. They say this will avoid the voter fraud, even though such hysteria was created by Art Pope himself. Their real motivation is to suppress young, elderly and minority voters and not allow Democrats get elected. For a long time, North Carolina didn’t have a strong voter turnout. Later they allowed early voting that kept the state moving forward, but eventually Republicans found a way to make fewer people vote by having a more conservative electorate who was whiter and older, rather than younger and more diverse. Don Yelton, a chairman of the North Carolina Republican Party, went so far as to admit this in his controversial appearance on “The Daily Show,” where he said a racial slur aimed at minority voters, which made him resign.

Another notable case is Gov. Scott Walker of Wisconsin’s signing a controversial mining bill. In the backstage of Gov. Walker’s election in 2010, according to a leaked document Mother Jones found, the Koch Industries, along with hundreds of other organizations, collaborated closely with the people of Walker’s campaign despite their claim that they were independent from the Koch brothers.

This is just a reminder that one of the two Koch brothers, David, ran as the Libertarian Party’s Vice-Presidential candidate in 1980 election. Most of the platforms David Koch ran filled with anarcho-capitalist ideologies, a political position which advocates the elimination of states in favor of unregulated capitalism, that could harm the public. They wanted to privatize everything they see including social security, health care, transportation and education.

The agenda of the Koch Brothers is not only to eliminate the Affordable Care Act, but also repeal every major piece of legislation that has been signed into law over the past 80 years that has protected the middle and lower class in this country. This then explains why the Koch brother supported the Tea Party movement, even though they constantly denies the connection, and influenced people to unseat then-Senator Russ Feingold (D), who not only opposed privatized social security but also co-sponsored the Bipartisan Campaign Reform Act with Senator McCain, a bill that will regulate the financing of political campaign.

However, that bipartisan bill also struck down by the Supreme Court because, much as in the McCutcheon case, the conservative lobbying group, Citizens United, complained that they won’t allow the airing of anti-Hillary Clinton advertisements. Citizens United argues the government shouldn’t restrict free speech from independent expenditures by corporations, associations and labor unions. So the Supreme Court decided to allow big businesses to mislead more people through advertisements regarding elections and candidates, and at the same time open up the floodgate of corruption.

People thought political campaigns usually have short, publicly-funded political campaigns with limited and/or free advertising. It turns out that politicians get their funding from major corporations. House majority leader John Boehner has actually just handed out cash on the floor of the House from the tobacco industry to other representatives.

In recent studies by Princeton and Northwest Universities, among 1800 policies enacted between 1981 to 2002, comparing them to the expressed preferences of average Americans (50th percentile of income), affluent Americans (90th percentile), and large special interests groups, researchers concluded that the U.S. is dominated by its economic elite. Meanwhile a policy with low support from the rich is adopted about 18 percent of the time, while a policy with high support is adopted 45 percent of the time. The separation of power is now finished because privileged individuals can select not only politicians, but Supreme Court judges as well; only the rich can deal which branch of government can have more or less power.

In this midterm election year, the only thing the current generation could do is try to submit another amendment to United States Constitution, that corporations are not people, and they have none of Constitutional rights of human beings. The Young Turks network creator and political activist Cenk Uygur founded a political action committee called Wolf-PAC to achieve a goal to add a 28th amendment that can reform our government.

So far, Massachusetts, Illinois, Vermont and California have bills that will limit the funding to campaigns. The bill rests in the California Senate, while the Vermont and Illinois Senate just passed their resolutions. Also, Missouri House Representative Jeanne Kirkton introduced a resolution in January 2014 that shares similar idea with Wolf-PAC’s main goal: that “corporations are not human beings and do not have the same rights as citizens of the United States”

In order to strengthen this movement, support Wolf-PAC by either signing the petition, donating money to this PAC or getting involved with their political activity. Contact local state representative and senator. Set up an in-person meeting to discuss the influence of money in our political process. Go to www.wolf-pac.com for more information on volunteering and other things to help.

For politically inactive people, they can vote for rightful candidates. For internet users, download an adblocker app to remove misleading campaign advertisements from your internet browser.

Recently, the Koch brothers made television advertisements with paid actors as “victims” of the Affordable Care Act. Not only that, as they got more richer, they are targeting Senate races in Colorado and Iowa, chastising Democratic candidates Mark Udall and Bruce Braley for supporting this health care law. Look to fact checking websites like Snopes or factcheck.org or politifact.com because the websites provides much more accurate informations that the Koch brothers would ashamed of.

In the 2012 election, fact checking sites became useful for voters, and, even though they claimed Mitt Romney lied more than anyone else, quite unbiased and nonpartisan at the same time. If these sites were actually biased for the left, then clearly, as future host of The Tonight Show Stephen Colbert would put it, “reality has a well-known liberal bias.” Simply these billionaires want to exploit people’s ignorance to mislead voters, and real facts are only weapons to defend against it.

Frequent television viewers should give up television for a while, and stick to streaming sites like Netflix or Hulu. In other words, avoid misinformation as much as possible.

Republican president Abraham Lincoln said in his famous Gettysburg address that the government is “of the people, by the people, [and] for the people.” We proved to Mitt Romney that corporations aren’t people in the last presidential election. We must now get rid of money that leads to corruption within the government. If the Supreme Court betrayed us, then it is time we stand up for ourselves.