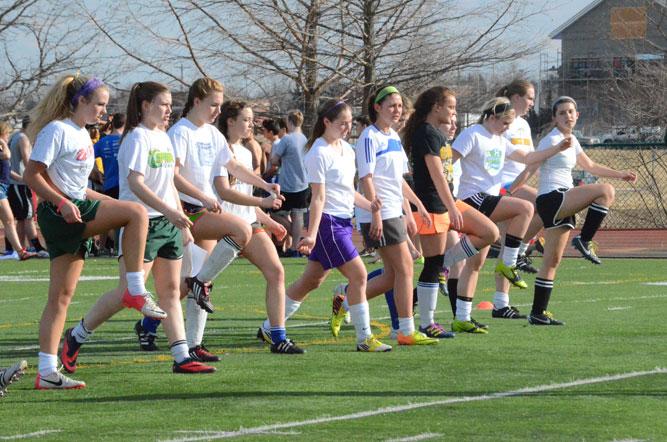 Younger adults who exercise more frequently will likely experience improved brain function and cognition in their later years, a new study suggests. The study, conducted at The University of Minnesota in Minneapolis by professor of public health David R. Jacobs and fellow colleagues, utilized data collected during the  Coronary Artery Risk Development in Young Adults study which began in the 1980s.

The Cardia study measured the fitness ability of thousands of 18 to 30 year olds using treadmill tests as well as cholesterol and blood pressure levels. 25 years later, these tests were repeated in combination with tests measuring memory and cognitive function. The results showed a correlation between fitness levels during young adulthood and improved cognitive abilities later in life.

Nurse Tammy Adkins said teenagers often fail to recognize how their habits will affect them later in life. Practicing good health usually carries into adulthood, she said, and vice versa.

“I don’t know that we ever realize anything is as important as it ends up being, when we’re teenagers,” Adkins said. “Part of that is just good habits, it’s just being active and having good habits when you’re younger; those tend to carry on hopefully when you get older.”

In order to increase one’s fitness and potentially improve cognition in adulthood, teens should find ways to incorporate physical activity into their daily routine, Adkins said. There are many ways to do this, she said, beyond participation in school-organized sports.

“[You can] park further in the parking lot or walk stairs instead of taking elevators,” Adkins said. “II know with high school sports, especially at a school the size of Rock Bridge, it’s hard to just play every sport, but Columbia does have a lot of Rec leagues and intramurals, so those would be other ways. Also taking P.E.; it can be an elective and it’s two to three times a week of physical activity.”