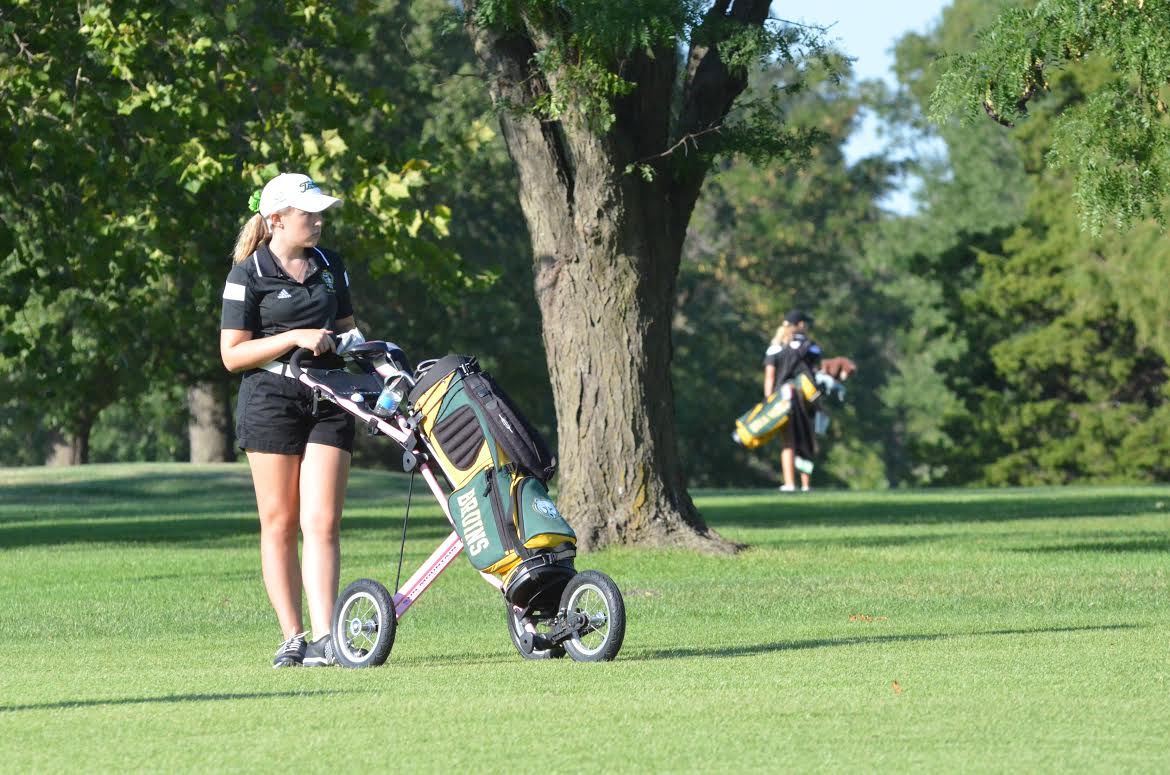 The RBHS girls golf team, led by senior Sam Farmer, defeated crosstown rivals HHS and BHS at the L.A. Nickel Golf Course. Farmer carded a score of 39, helping the team record a score of only 173, handily defeating HHS and BHS, who shot 184 and 217, respectively. Farmer thought that she and her teammates played well, easily clinching the win by 11  strokes. Farmer said that her teammates always encourage each other, whether they have a good day or bad day.

“I think the team is great at supporting one another,” Farmer said. “Whether we have a bad round or a good round we are always there for each other. We are really a unit instead of just everyone doing their own thing.”

Head Coach Melissa Coil agreed that the team has a great bond. She said that they encourage each other whenever possible and are very fun to be around. Nevertheless, Coil believes that the team can still improve on the course.

“Right now we need to work on our mental game,” Coil said. “We need to be able to focus on just the shot we are taking that moment, not anything else. Overall, I think they did well today. We had some people have great nights and some just had average nights but overall, everyone did well.”

The varsity team consists of five members. However, the players on the team are so closely matched that four of them have to rotate on and off the varsity squad. Junior Julia Hill falls in that category, playing first spot on JV against HHS and BHS.

“I don’t really mind,” Hill said. “Sometimes it’s nice to have a break, although sometimes there are tournaments that I would have liked to play in that I haven’t gotten too. If I want to play on varsity consistently, I need to work on my mental game the most. My mental game is what makes me play worse. I need to learn to let the bad shots go and focus on the next one. We all do.”

The lady Bruins are next in action at the Capital City Tournament hosted by the Jefferson City Country Club on September 22.

Will Write For Coffee: A bit about me