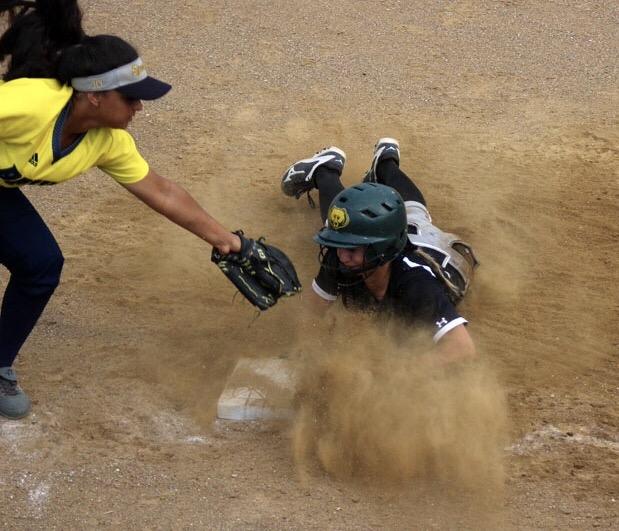 A lot can change in a year, especially in sports. This statement has never rung so true as this season for the softball team.

The graduation of four seniors coupled with the loss of some of last year’s brightest stars such as Dayna Linneman and Helen Trice, who decided to hang up their gloves after their junior seasons, has transformed the Lady Bruins (8-19) into a team of only four upperclassmen.

One of these upperclassmen is Lexi Heim, the team’s lone senior, who has had to quickly adopt the role of both team captain and go-to-competitor when her squad is in need of a key moment.

While Heim expects the most out of her teammates, she realizes much of the lineup is full of freshmen and sophomores still adjusting to the caliber of play that the varsity game requires.

“Since we’re a young team and mistakes are inevitable, it’s important for me to encourage them and improve their mental toughness as well as develop their skills,” Heim said. “We work a lot on getting the basics down and working not as just a team but as a family.”

Heim views the Lady Bruins’ sister-like spirit as their biggest strength and is what has kept them together despite the season having more downs than ups, with five of their 14 losses coming against rivals Battle, Hickman and Jefferson City.

“We are a family, and we support each other through everything,” Heim said. “We never give up on each other.”

RBHS will hope to display this support in their next home game on Wednesday against Smith Cotton. The Tigers, who are one of the Lady Bruin’s district opponents, will serve as a preview when the Class 4 District 9 tournament begins Oct. 7 at Battle.

The ultimate lesson package: a year of learning and two weeks of immersion, free of charge

David McCullough: Coming to a theater near you

This sports story was very interesting because it informs readers on the young line up of softball players while also showing the teams goal to bond as a family. By interviewing the only senior on the team it helped readers to understand what she may be thinking as the oldest player on the team.