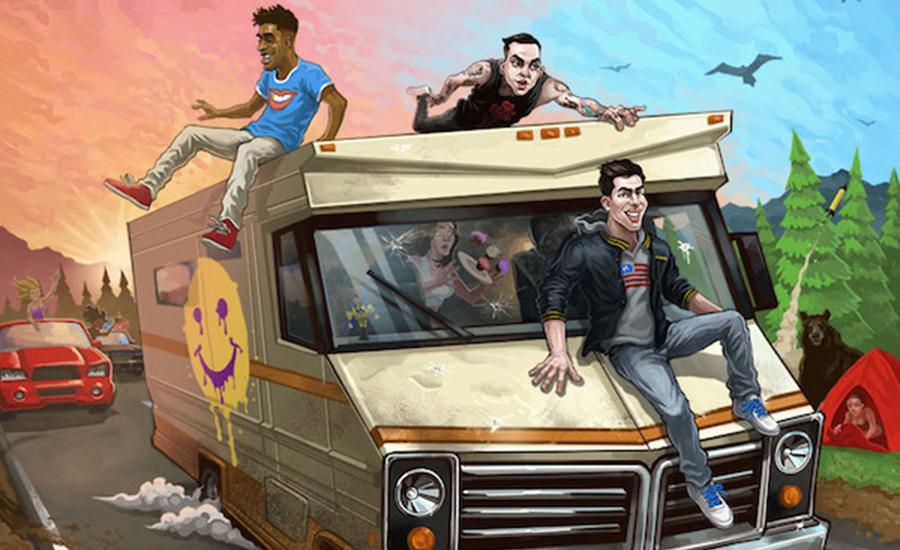 With a sold out show weeks before his Feb. 22 appearance, it’s safe to say Long Island rapper Hoodie Allen will have the Blue Note rocking come Monday night. The 27-year-old will be joined by California artists Blackbear and KYLE during his quick pit stop in Columbia before heading to St. Louis for a show at The Pageant.

Blackbear, hailing out of Los Angeles, has had multiple radio hits from both his sophomore album, “Deadroses”, as well as his latest project, “Help”, which was released this past November. The tatted up artist rose to prominence when he began working with bay-area rapper G-Eazy, shelling out tracks such as “Remember You” and “90210”, garnering millions of views on YouTube. Blackbear’s voice is as distinct as his look, utilizing a raspy, soulful tone in his often emotional ballads. The LA product, set to open the show, will set the tone, both literally and metaphorically, for what should be one of the Blue Note’s best events to this point of 2016.

With comparisons to artists such as Childish Gambino and Chance The Rapper, 22-year-old KYLE has been setting the internet ablaze for the past couple years with a varied regiment of tracks including hits such as, “View From Hollywood”, “Keep It Real” and “Just A Picture”. The Ventura, California singer/rapper breaks the mold of today’s average R&B artist, employing fun, uplifting instrumentals reminiscent of the late 1980’s and early 90’s synth pop era and hysterical wordplay in nearly every verse. KYLE’s nasally voice can best be compared to the stereotypical “surfer bro”, holding onto words for long periods of time as well as altering his pitch up a couple notches at the end of each sentence. KYLE’s set will be sure to include releases from his latest studio album, “Smyle”, including popular works such as “Really? Yeah!” as well as “Remember Me?” featuring the aforementioned Chance The Rapper.

It’s hard to believe that the night’s headlining act would come in the form of prior Google employee, Stephen Markowitz, as rap phenomenon, Hoodie Allen. However, Markowitz’s decision to abandon AdWords and pursue music as a full time job has been to the benefit of his millions of fans and over 720,000 twitter followers. Allen’s first taste of fame came after a MTVU Best Music on Campus Award nomination award in 2009 for the “Bagels & Beats EP” and “Making Waves” mixtape. The UPENN graduate followed up with single, “You Are Not A Robot” in 2010, earning more than 200,000 downloads and collabs with the likes of Ed Sheeran and Passion Pit . Five years and two studio albums later, Allen is on top of his game and fresh off the release of last month’s sophomore album, “Happy Camper.” The project’s eighth track, “Champagne and Pools” features both Blackbear and KYLE in what should be a phenomenal climax to the night.

Will distance triumph over friendship?