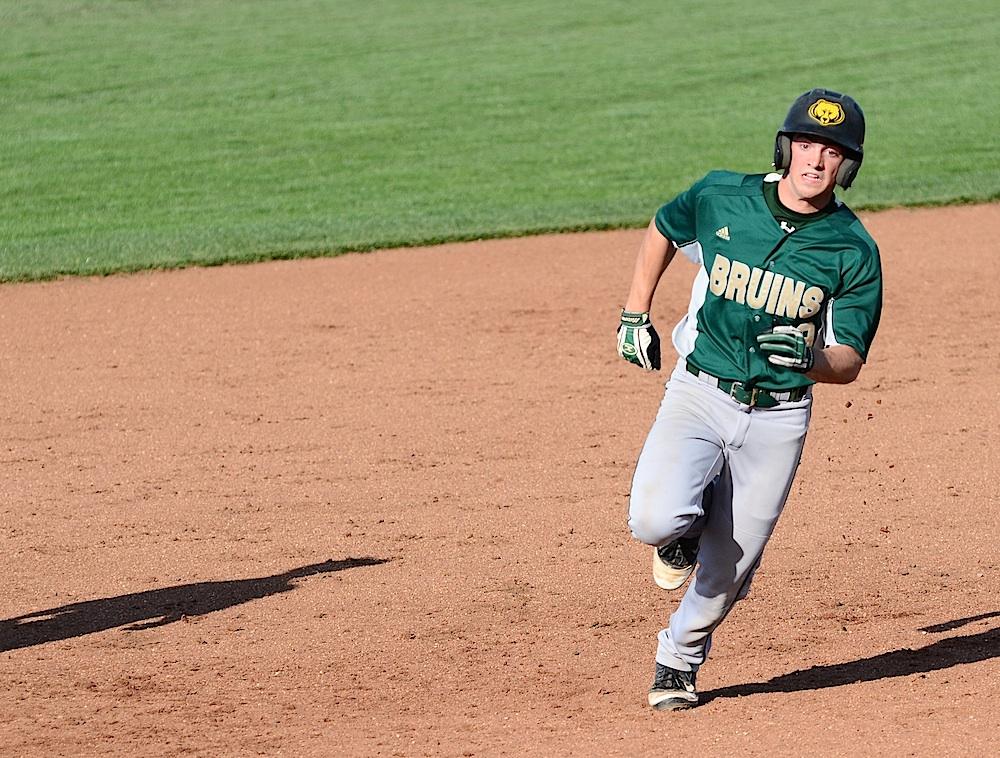 After emerging victorious for four games straight, the RBHS boys’ baseball team fell against the Staley Falcons, 6-4, and are now at 21-6 for the season.

“In today’s game, our pitchers and defense performed very well, but I feel like our bats were lacking a little bit,” Schneider said. “We definitely could have improved our offensive game.”

Early on in the game, the tide appeared to be in favor of the Bruins. Junior Nick Wohlbold added the first two runs of the game for RBHS in the first inning. For the first three innings, it appeared as if RBHS had a hefty chance of increasing their winning streak to five.

“We scored two runs in the first inning, and didn’t allow a run throughout the first two innings,” Wohlbold said. “The momentum was definitely with us to start.”

In the top of the fourth inning, however, was when the tables began to turn against the Bruins, when the Falcons went on an offensive rampage and added five points to the scoreboard. By the end of the fourth, they led RBHS 5-2, and later tacked on another run in the fifth inning to increase their lead to four runs.

RBHS saw a beacon of hope in the seventh inning when senior Cole Evans managed to add two runs to the desperate Bruins, reducing the Falcons’ lead to 6-4. However, Staley was too much for the Bruins to contain, and eventually fell 6-4.

“I thought the team did pitch well and played great defense all game, but the bats just couldn’t get the job done,” Wohlbold said.

The next match on schedule for RBHS will be taking place on May 3 at home, in which RBHS will host the Jefferson City Jays. That game will also be senior night for baseball as well. Wohlbold hopes the team will achieve a solid win against the Jays, who possess a similar record as the Bruins.

Today’s loss is one that we’re obviously not happy about, but looking down the road, losing to the number one team in the state off a close game isn’t going to affect our playoff run,” Wohlbold said. “We’re looking forward to playing Jeff City on Tuesday, a district opponent, and getting a solid win.”