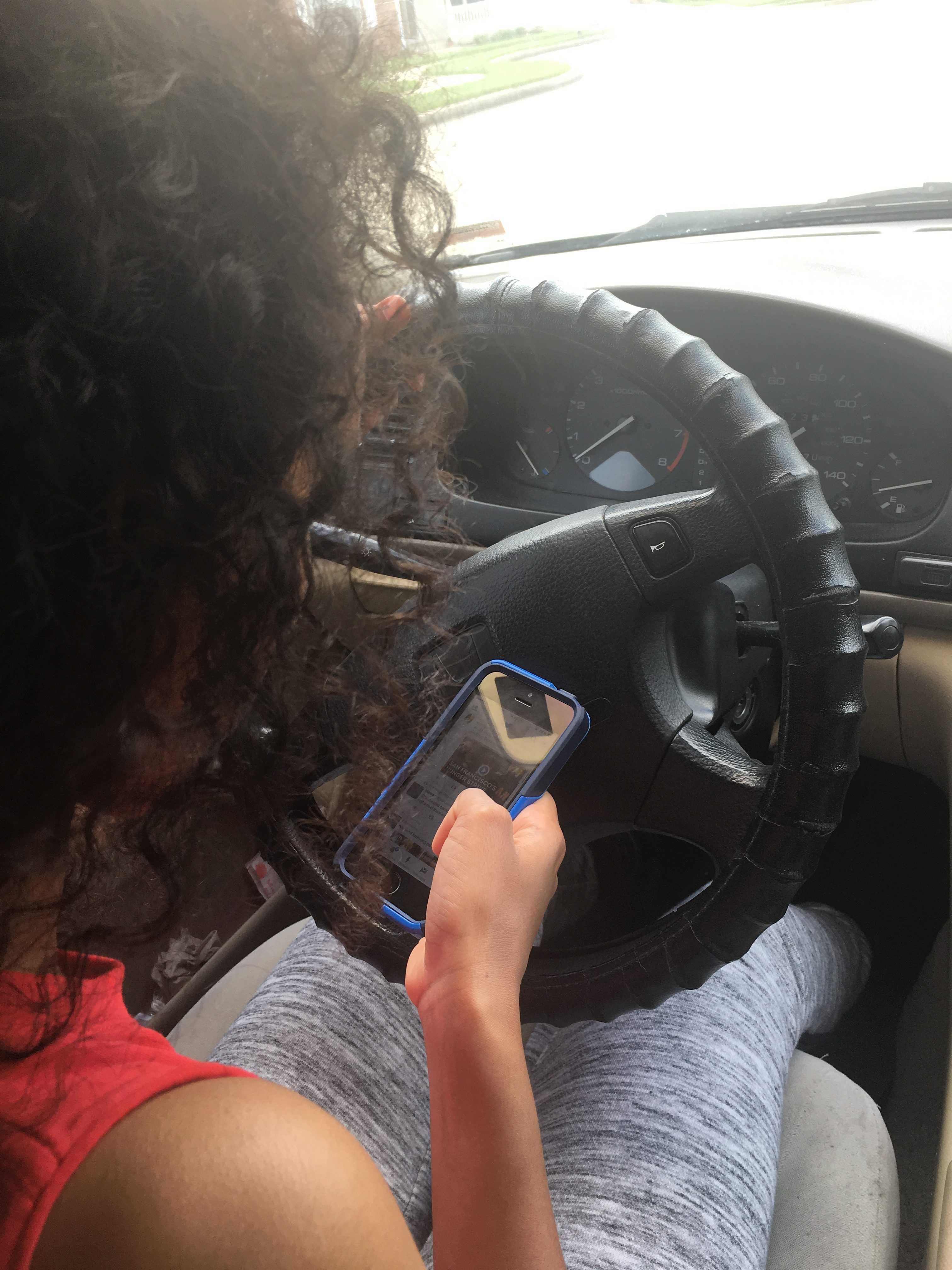 Whether it’s texting a friend to make plans or playing music loudly, drivers should consider putting their phones away all together. Studies from the Center for Disease Control (CDC) show that unintentional accidents have and still are the leading cause of death and injury in most teens.

Senior Deasia Turner is a victim of this statistic. Last year after staying late at school to finish up a project, she was driving to the stoplight on the street  Southhampton Dr. when a car made an illegal U-turn. She ended up hitting the car from behind, damaging bother her vehicle and his. Turner understands that a lot of students don’t follow the no U-turn law in front of the school, but is upset about how distracted the driver was when he swerved into her lane.

“I mean, I understand that music and cell phones can be and are a huge distraction, but that wasn’t the only issue in my case,” Turner said. “The driver had the audacity to swerve into my lane and not even pay attention, but to look on his phone. I honestly don’t care whether or not they were changing the song or texting or were being distracted by their friends in the back. When it comes to driving, people should focus only on the road.”

Although reckless driving and cell phone use are some of the main causes of car accidents, music can also prove to be a fatal distraction when driving. After conducting a case study where participants were exposed to different noise levels and measured on their efficiency in completing tasks, Memorial University in Newfoundland, Canada found that the reaction time of these people decreased by almost 20 percent. Sophomore Kanisha McClain isn’t surprised by the statistic.

“Most of my friends are older than me. When we go out for lunch, we’ll listen to our music very loudly, which can sometimes cause the driver to be a little distracted,” McClain said. “Although I agree that noise distractions can lead to accidents, I don’t think that it’s something of real concern in comparison to like, texting and driving.”

Another distraction shown to cause more accidents are changes in mood. According to recent studies, the biggest threat to safe driving wasn’t the act of texting or talking on the phone, but was the change in a person’s mood. In comparison, talking on the phone, eating food, or even applying make up was shown to not cause any significant problems.

Dr. Tom Dingus, the lead author of the study and director of the Virginia Tech Transportation Institute told Telegraph that the purpose of the study was to figure out what distractions cause the most accidents. He asserted this by saying, “Driving while observably angry, sad, crying or emotionally agitated increases the risk of a crash by 9.8 times compared with model driving. Other factors posed much lower risks than previously thought… such as interacting with children in the rear seat.”

In agreement with Dr. Dingus, Turner believes that changes in emotion can be one of the most deadliest distractions, although it’s one of the easier ones to control.

“After hearing about that study, I can see why people could possibly believe that that’s a very dangerous distraction while driving. If someone gets caught up in their emotions, they’ll be less likely to really focus on the task at hand: driving.” Turner said. “In comparison to driving drunk or texting, I believe that it’s a lot easier to drive in a bad mood because if you’re conscious of the emotions you’re feeling and how they’re going to affect you, then you’ll be more [in] control.”

What distracts you the most when you’re driving?