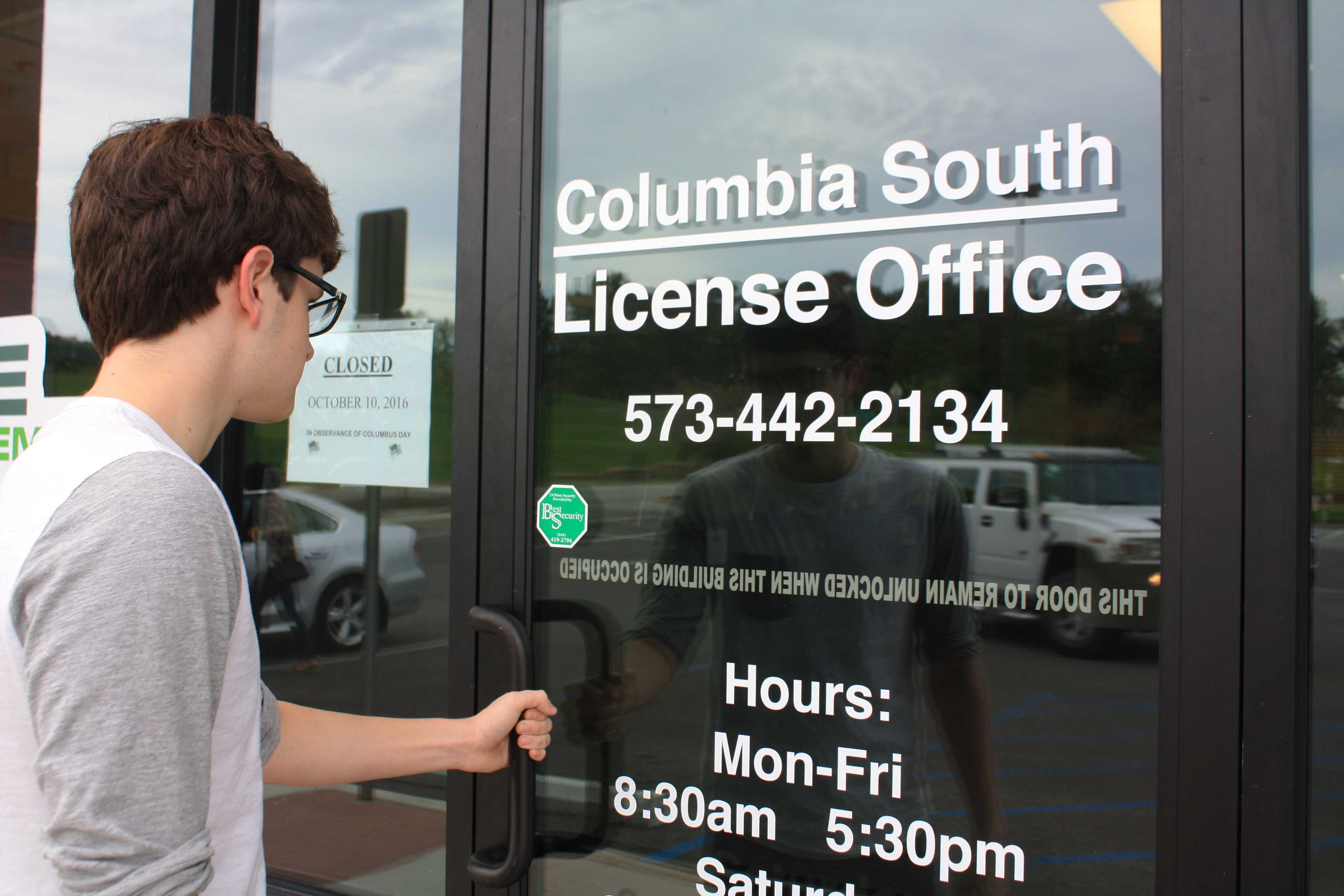 Because the Department of Motor Vehicles (DMV), 403 Vandiver Dr., is across town, some students miss part of the school day when they take their license test.

Thus, on March 2, 2016, when the Department of Revenue announced it would open a new license office at 1101 Grindstone Pkwy Suite 103, some teens rejoiced.

“[The DMV] is really far away which makes it difficult for us to be able to get our permits and licenses,” sophomore Zainab Ibitoye said. “It is a big inconvenience. The new DMV is better for me because I live really close to RBHS and would save me time.”

However, the opening of the office was delayed in part because of a protest by Paul Wrabec Co. of Sugar Creek, a rejected bidder. Wrabec lost the bid by 4.94 points and argued that the bid process was not fair because the bids were in favor of women and minorities, veterans and non profit companies.

Before the new office opened, the DMV made the most transactions in Missouri. In 2015 the DMV processed more than 217,000 transactions and made $733,296 for the operators. The high number of transactions is part of the reason the decision was made to open up a new license office, to help alleviate the lines in the old DMV.

“Of the 177 Missouri license offices, the Columbia License Office on Vandiver consistently has the highest amount of transactions and generates the most in processing fees,” Michelle Gleba, Director of Communications for the Missouri Department of Revenue said. “We believe a second license office in Columbia will help provide convenience for residents in the area.”

The new office is headed by the private contractor of Elle Management LLC of O’Fallon, with hours ranging from Monday through Friday from 8 a.m. to 5 p.m and the last Saturday of the month from 8 a.m. to noon.

The new license office provides the same services as the one located on Vandiver Drive, including: licensing, identification cards, registration, titling and plates. According to Department of Revenue officials, there are new features to the license office on Grindstone Pkwy, like free Wi-Fi, a motor vehicle transaction drop-off service and an automated system allowing people to make an appointment online or to join a line.

“The new DMV is privately owned, and it definitely shows. The place is painted brightly, the faces are smiling and everyone greeted me when I came in,” senior Drew Webber said. “There were no lines when I showed up and it only took me three minutes to renew my license. It was super easy and totally changed my views on DMVs.”

The new office is closer to the south side of town and is located about five minutes versus 15 away from RBHS. This saves time spent getting a license for students and is much closer than the office on 403 Vandiver Dr., and for Webber, it’s a relief that there is two DMV’s in Columbia now.

“Having a DMV on Southside alone is a huge benefit,” Webber said. “I used to dread having to drive all the way to Vandiver for something as simple as renewing my license.”

Listening in with Grace: diving into the wide world of podcasts