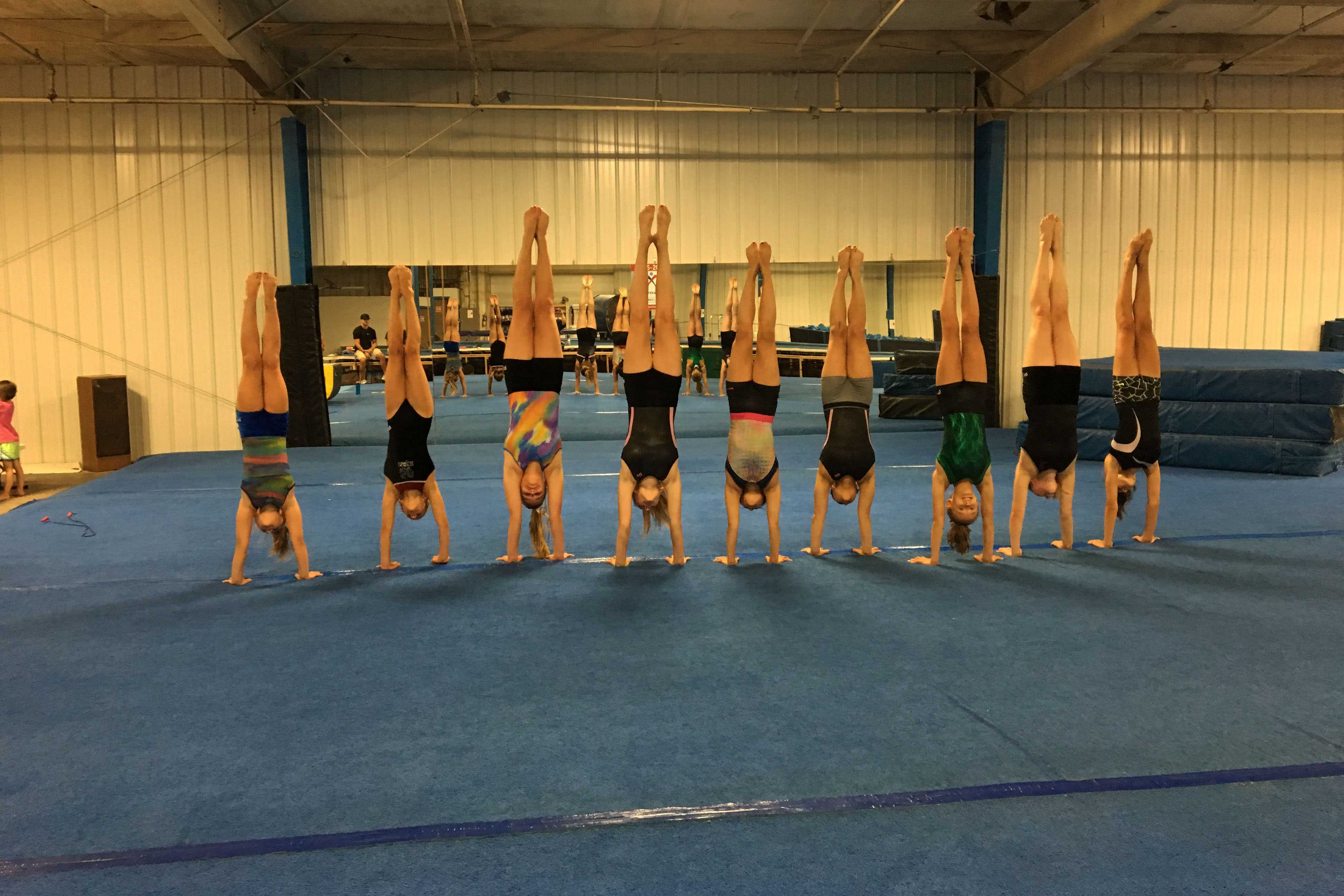 Gymnastics is a tough sport, it is both mentally and physically challenging. Back in February, I was at a gymnastics competition, and I was warming up on vault when I ended up with a concussion. Typically, people will only get about four or fewer vaults to warm up. I do a vault called a yurchenko pike and two of my warm ups I don’t flip and the other two I do.

Vault is not my favorite event, so I was nervous. I was standing at the end of the vault runway focusing on what I had to do; I was flipping this time. I took a deep breath and ran toward the vault table. When I expected to have my hands on the table ready to push off, they were instead hovering just a little above with just my fingertips grazing the vault table. That left me no choice but to do what is called a timer. A timer is not flipping, but usually there would be mats to catch me when I fell, but this time there wasn’t because I was supposed to flip.

I fell on my back, my head hitting the mat.  I stared up into the blinding florescent lights, feeling disoriented, but okay. When I got up the room seemed to be quieter, but I really didn’t think it was a problem so I went back to try again. My coach told me that the vault table was on the wrong setting. It was too low, and that’s why my hands couldn’t touch the table. This time I was able to flip but still a little disoriented, I didn’t land the vault. I finally realized I was not okay, I felt dizzy, my face tingled and I just wanted to sit down.

When I talked to my coach, she told me to go to the trainer that was at the meet. The trainer evaluated me and said I had a mild concussion. By this time I had a huge headache, and I couldn’t balance on one leg, which is an easy thing for gymnasts to do.

On the car ride home I felt exhausted and just frustrated the whole thing had happened. When I went to school the next Monday, my brain felt like it was pounding in my skull. The lights in the school looked so bright, and the people talking around me just made my headache worse. It was so hard to focus or just think really. Every time I had to do a hard math problem or was concentrating at school, I got a headache. It made me just want to go home.

Even though I had headaches constantly throughout the day, I still participated in P.E. I later regretted my decision as my headache only got worse. Because of this my doctor restricted me to no running or jogging, so I had to switch my women’s team sports class with the fitness walking class. My own brain was failing me and I despised how it limited me.

Besides the headaches there was a problem with my balance. My brain’s “inner ear,” which is your balance center, was not working properly. I had to go to vestibular therapy every one to two weeks and do physical therapy at home.

I was struggling to do school work and was missing days to go to therapy. For most people they’d only have to deal with this for two weeks. When you first get a concussion, it’s recommended to take time off of school, which I didn’t.

What I did do is take two weeks off of gymnastics entirely. But after that I started to do some simple skills like a handstand or a cartwheel and gradually started doing harder things like swinging on bars. I did it despite it making my head hurt a little more because I did not want to set myself back by taking so much time off of gymnastics doing nothing.

I wanted so badly to be better and missing school work made me anxious. Along with worrying about school, I did not want to get behind on gymnastics. Because of the pressure I was feeling from school and gymnastics, I risked my health and prolonged the injury.

Eventually I started to heal, and got back to doing “normal” things like running or jogging. But the time it took for my headaches to go away and get my balance back was a couple months.

This might seem crazy to some people that I would do all this despite my concussion. But I just didn’t realize that in order for me to get heal it would take time and would involve me slowing down. I was in such a hurry to get better that I instead just made the healing process take longer.

I learned that to a certain extent you should not push yourself past your limit. Am I going to do gymnastics for the rest of my life? No, I’m not. Am I even going to continue it in college? Maybe, but things can always change. It is not worth pushing myself harder than I should just to end up prolonging the injury. Healing takes time and if you don’t take time off, you can damage yourself not just in the present, but in the future as well.

If you ever get a concussion, take it easy. Just because the doctor claims it is a mild concussion doesn’t mean you should take your recovery mildly. Take your time and slow down; if you don’t you’ll just prolong the time it takes to get your head back to normal.