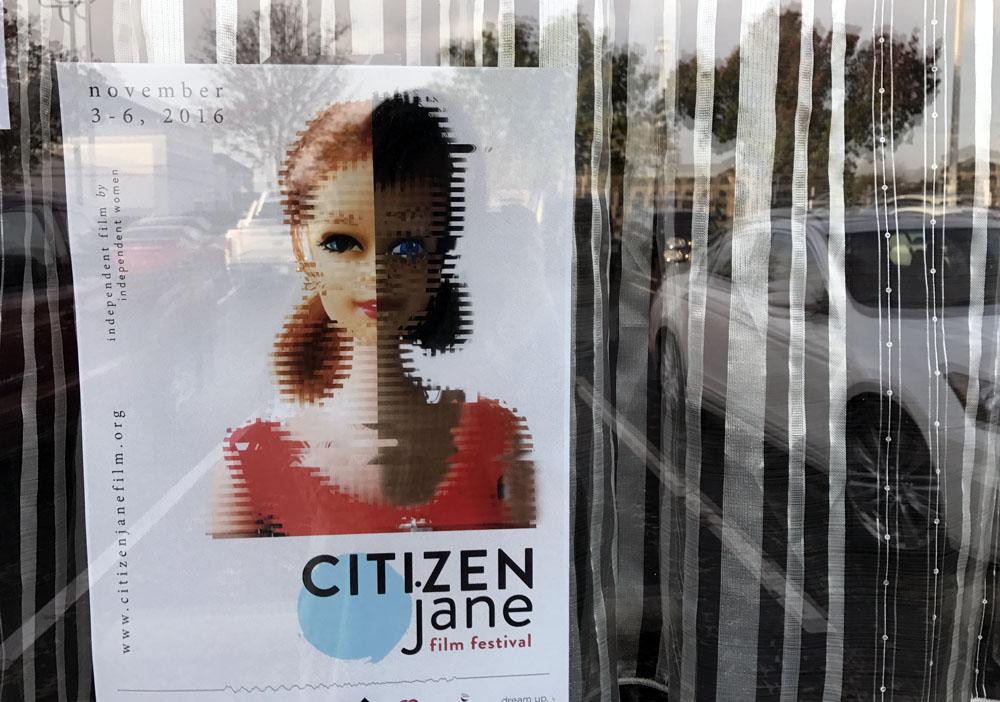 [dropcap style=”simple” size=”5″]W[/dropcap]omen still don’t have all the same representation in many facets of life that men have. This is especially apparent in the film industry, where the number of women directors is astonishingly small, one women for every 15.24 male film directors. However, Citizen Jane Film Festival is trying to rectify that inequality.

Citizen Jane Film Festival runs Nov. 3-6 at Stephens college. Activities people can expect are screenings of narrative, documentary and short films made by women, a lecture series, a filmmaking camp for girls and panel discussions with filmmakers. There is also an afternoon discussion called the Citizen Jane Summit, where movie industry experts and a public audience discuss and brainstorm ways to help female filmmakers through funding, mentoring and activism.

Tickets are $10 for the general public and $8 for students and seniors. They are purchasable online or at the Box Office.

Event Manager Sarah Haas gives more insight on what is to come from the festival and says it will be more than just “women’s issues” topics.

Keri Yost and Polina Malikin co-founded the festival in 2008, with the shared intention of  encouraging and increasing female film directors in the movie industry.

“It’s significant to celebrate female directors because women have been pushed to the outskirts in a male-dominated field,” Haas said. “A festival like Citizen Jane is a chance to raise the profile of a woman who wants to continue to direct films. Even more, perhaps a studio will finance her next film in order to reach an even wider audience. It’s one way to create a stepping stone for directors.”

The film’s quest is not in vain for Martha Lauzen, an executive director of the Center for the Study of Women in Television and Film at San Diego State University, who discovered that women only made up 19 percent of directors, writers, executive producers, editors, and cinematographers in the top 250 domestic grossing films this year. An even smaller number is that only three percent of cinematographers are women for the top 100 films, and 10 percent are women in the top 500.

“We help films on their way to securing further distribution and exhibition, and most importantly having an audience. Films are made to be seen,” Outreach Coordinator Ouma Amadou said. “Citizen Jane is focused on providing a platform for films directed by women. Our festival is a place of encouragement for women filmmakers to show that their art and craft is important and holds a place.”

The annual Celluloid Ceiling Study in 2015 showed that just nine percent of directors are women, and according to “It’s a Man’s (Celluloid) World Study,” in 2014, the amount of female protagonists in the top 100 domestic grossing films was 12 percent. Despite these harrowing numbers, Haas feels that in the film industry the statistics of women in film can change.

“Women are underrepresented in a majority of the creative decision-making positions. Similar to other industries that are historically male-dominated, it’s a slow change to develop equality in the workplace,” Haas said. “I think one way the general public can begin to create a change is to buy tickets to films directed by women. It takes intentionality, but creates waves and soon enough names like Ava DuVernay or Kathryn Bigelow will be as familiar as George Lucas or Steven Spielberg.”

Social Media Coordinator for the festival, LeAnne Lowry, said the lack of women directors in film is due to the fact that they are women and this can be changed by viewing more female directed films.

“I believe it mostly comes down to male producers who don’t trust female directors and thus don’t hire them,” Lowry said. “As an audience, we can help reverse this by seeing female directed movies in the theater to drive up box office numbers and prove that hiring women is worthwhile financially for studios.”

“There needs to be a change on this, there should be equal opportunity for each females and males,” Castro said.

Lowry believes that the Citizen Jane Film Festival is helping women show that they are equal to men and provides a safe place to get their films seen.

“Citizen Jane is a space for female directors to screen their films without being in competition with one another,” Lowry said. “Women are conditioned to compete with each other rather than build one another up, and Citizen Jane actively combats that.”

Haas encourages people to come to the festival to raise awareness and help women get into the film industry. She says we have to celebrate women in film because they have been pushed to the outskirts in a male-dominated field.

“A festival like Citizen Jane is a chance to raise the profile of a woman who wants to continue to direct films,”  Haas said. “Even more, perhaps a studio will finance her next film in order to reach an even wider audience. It’s one way to create a stepping stone for directors.”

Throughout my life, I have always heard about the Citizen Jane Film Festival but never really understood the main focus of the event. This story captures the meaning and value behind this wonderful festival. I was given the opportunity to go this year but I am unable to attend and reading this made me wish I could go even more. Thank you for sharing and I look forward to reading more from you.