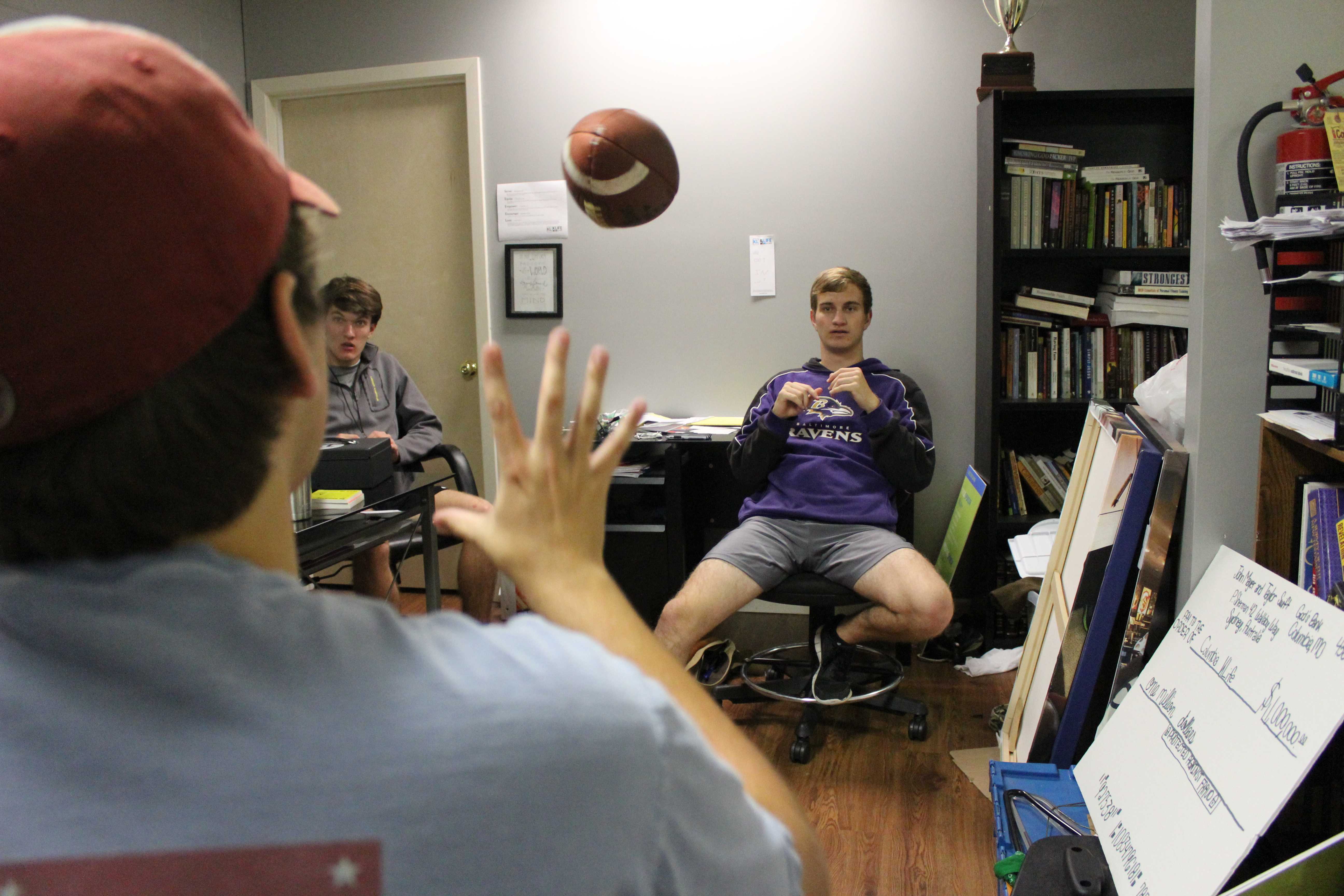 Every Monday night at 8:15 p.m., high schoolers gather in an old freemasonry building to play wacky games and listen to Jesus loving college students and adults talk. The non-profit organization behind the madness is called K-Life, whose heartbeat is impacting a youth culture to live a life like Christ.

Some might describe the K-Life building as run-down and in need of major improvements, but to junior Emily Zell, it’s a second home. Zell moved to Columbia at the beginning of the school year and wanted to cultivate long lasting friends similar to the ones she had when she lived in St. Louis. Upon moving to Columbia, Zell reached out to the women’s director,Audrey High. High was able to connect Zell into a group of friends that she quickly got close with. Zell said the transition to Columbia from St. Louis was difficult, but the organization has been a great part of her new life here.

“Since I arrived, [K-Life] has been such a wonderful place because I know I can breathe easy,” Zell said. “I can be spiritually and Scripturally fed while having a wonderful community.”

K-Life has given Zell multiple opportunities to get involved including regular “Klub” on Monday nights, a Wednesday morning Bible study, and a 5th Quarter gathering after home football games.

On a typical autumn week, one might see Zell three times at the building, which shows the important role that the organization plays in her life. Her favorite part about each week is the Wednesday morning Bible study called “K-Equip”.

“[K-Equip] is the first K-Life event I went to when I moved here. I instantly felt at home,” Zell said. “Coming from a Christian high school where we studied Scripture together every day made me miss that. K-Equip was a taste of what I missed.”

During the three months Zell has been plugged into the organization, she remembers one night specifically that affected her time in Columbia.

“[K-Life] had a movie night and I started talking to one of the leaders named Mollie,” Zell said. “We ended up talking the entire night about how hard moving is and she was so encouraging. I realized that that relationship would never have started if K-Life wasn’t a part of my life.”

K-Life provides Zell with comforting relationships, daily encouragement and constant entertainment. Her impactful small group leaders, along with many other people, changed her life and she hopes to be a leader herself in college. Zell sees herself staying involved in the organization for many years to come.

“K-Life will definitely be a huge part of the rest of my high school career,” Zell said. “I’m in a difficult time of transition and it is a hope in the midst of this move. No wonder they call it ‘The Lighthouse.’”

I think that K-Life and other organizations are a great way for anyone to get involved. No matter what your beliefs or interests, there is always a group or club for you to feel involved. Organizations like this let everyone feel included and important like they always should.

While I have never been a part of K-Life, I have thought about joining many times and this piece made me want to even more. You can feel the sense of community just through the pictures and smiles on everyone’s face. Thank you for sharing and I look forward to reading more from you.

K-Life will forever have a special place in my heart. The fellowship and good company is exactly how I like to end my Monday nights and starts my week off right!