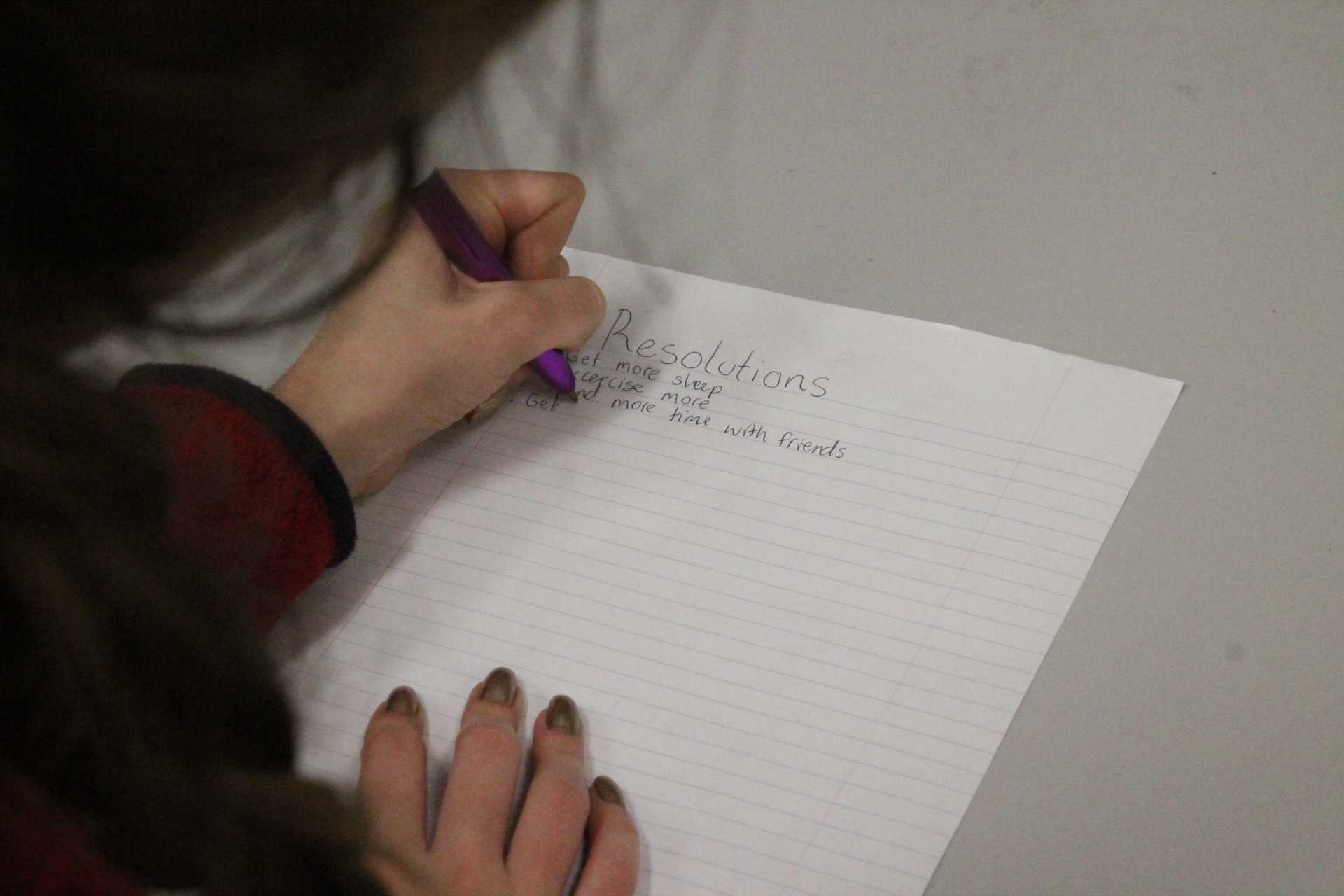 [dropcap style=”light” size=”4″]T[/dropcap]he new year can mean different things to people. For some it could symbolize a fresh start to a better year. With this opportunity of a blank slate, people make resolutions in order to change into a better version of themselves.

People make these resolutions with the intention of sticking to them for the whole year, but people often break them within the first couple months. The Statistic Brain Research Institute conducted a survey involving 1,562 people and found that 58.4 percent maintained their resolutions after one month. Sophomore Emily Litton’s resolution in 2016 was to run three times a week, but it only lasted two weeks. She has since given up on making resolutions because they are difficult to keep.

“[I didn’t have anyone to hold me accountable], and I think that was the problem because I didn’t feel that bad when I didn’t meet my goals,” Litton said. “[I wanted to run] because track season was coming up and I wanted to prepare, but it wasn’t enough motivation.”

Many people end up giving up on their personal goals just as Litton did. The Statistic Brain Research Institute’s survey showed that only 9.2 percent were successful in achieving their resolution.

Some resolutions can be harder to break than others, those that involve eliminating bad can be especially difficult. This is what psychology teacher Alex Worman believes is one of the causes of breaking new year’s goals.

“Most people have trouble sticking to their resolutions because they often make too many of them instead of focusing on just one or two,” Worman said. “The main issue with doing this is that it is hard to break habits and trying to break all of them at once is extremely difficult. Habits are hard to break because they are conditioned behaviors. We do them without thinking.”

Whether people motivate themselves or rely on someone else, maintaining goals for a whole year takes commitment. Sophomore Kynsee Fennel achieved her 2016 goal of not drinking soda for a year. She believes she can do it again with this new year’s resolution of being more religious.

“Over winter break my sister just really introduced me to religion and the importance of it and how it should be important in my life. So I’m just going to keep trying,” Fennel said. “I would like to [go to church more] if I have time, but I don’t feel like going to church really establishes the religion.”

Fennel is counting on her sister to help keep her resolution, and psychologist Michael Kaplan thinks being held accountable is a key factor for people to maintain their resolutions. Kaplan says there is no single technique that applies to every resolution, but instead there are many depending on what the goal is.

“If my goal is to quit smoking, then it would help to do a number of things. Those might include telling everyone I know that I’m trying to quit so they can help hold me accountable,” Kaplan said. “I might need to find activities to replace smoke breaks. I might need to spend some time writing or reading motivational statements daily.”

People tend to want to change just at the start of the year, but there is opportunity to reach personal goals throughout the remaining 11 months. Sophomore Anna Ostempowski’s resolution is to be happy with her life, and she wants to wake up in the morning and not have to stress about the little things.

Ostempowski says she used to make resolutions just about school, such as getting good grades. But she doesn’t like how that goal wasn’t constant in her life, so this year she choose a resolution that would apply for the whole year.

“[I’ll surround myself with people who make me happy] of course, I mean I don’t want any negative influence on me and on my life to make me not happy,” Ostempowski said. “[I won’t forget about my resolution this year because] it’s kind of a constant thing; it’s not like just school and you go to school, like you wake up and you’ve got to learn to do this and constantly be happy throughout the whole day.”

Despite the start of the new year being a helpful reminder to reflect back on the previous year and make a change, Kaplan believes that it’s better to make personal goals when the person feels ready, no matter when it is.

“There is nothing special about Jan. 1,” Kaplan said. “In fact, thinking that there is something special about that could wind up being an excuse to not make changes at other times of the year. The important thing is to have realistic goals and find ways to set yourself up to succeed.”

What resolutions have you made this year? Let us know in the comments below.

Since 2017 started, I got inspired to make edits for my idol, Kaelyn on SevenSuperGirls. The account is @dreamkaelyn. I share these edits with the Kaelyn fandom and my close friends.