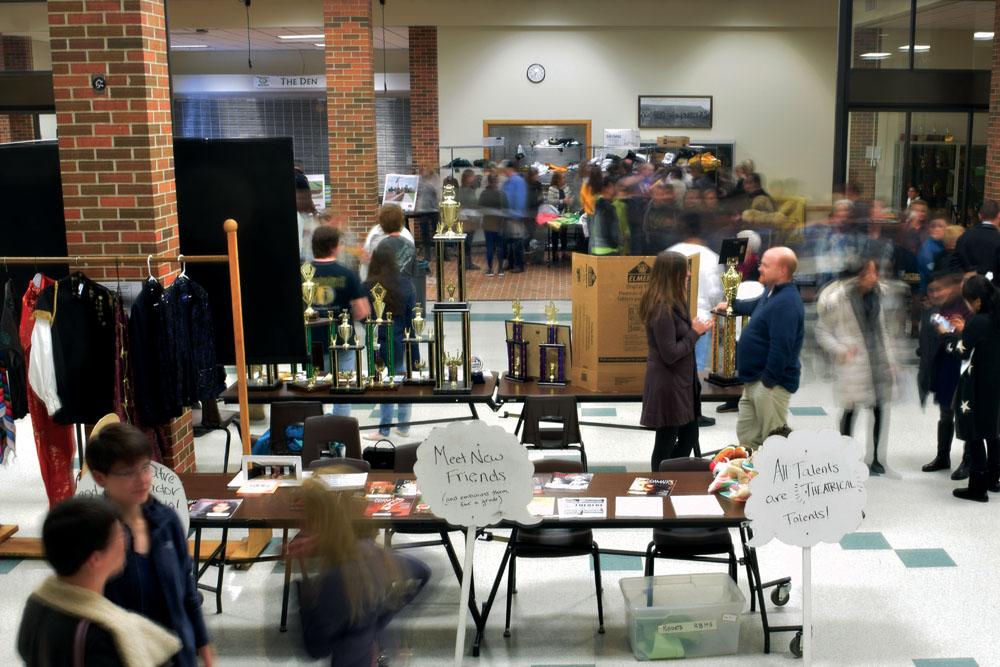 While the first day of school for the 2017-2018 academic year appears distant, next year’s students have already turned in course request sheets. Students have opportunities to request elective classes, though some courses are required.

These guidelines, set by the Missouri Department of Elementary and Secondary Education (DESE), refer to the number of credits in certain departments that are needed to graduate.

The manner in which students achieve those credits differ from student to student, as certain courses are offered in some schools but not others. Director of Counseling Betsy Jones explains that the Columbia Public Schools (CPS) district makes the decision to make a class available, but offering the class to students is up to individual schools.

RBHS, for example, offers classes that are not available at Hickman (HHS) or Battle High School (BHS).

Course offerings change from school to school as they are based on the certifications and interests of teachers, Jones said. For example, science teachers can be certified in three different areas, meaning one teacher who teaches biology may not be able teach a physical science, Jones explained.

While the science departments of schools have discrepancies, the majority of Columbia Public School (CPS) students will take physics, biology and chemistry. RBHS does, however, offer a plethora of science classes like Geoscience, Oceanography and Zoology. Especially for juniors. Chemistry is the most common class because of its applicability, Jones explained.

“We try to prepare [students] to be successful in all college majors, so we try to think of a general college preparatory curriculum and having chemistry is a good idea,” Jones said. “We try to make sure that college is not your first exposure to the curriculum so that you would have had some background knowledge.”

Similar to science, the English and social studies departments at RBHS have certain differences compared to other CPS high schools. One universal aspect among the schools, however, is the social studies class that is offered to each grade.

“The Missouri State Board of Education requires that all high school students throughout the state [take] at least one course in civics, world history, and U.S. history, but it allows individual school districts to determine the order in which to sequence those courses,” said Nick Kremer, CPS’s high school coordinator of language arts and social studies. “When the social studies department engaged in program evaluation three years ago, we did seriously consider moving Civics to 11th or 12th grade and moving Modern U.S. history to ninth grade, but a majority of committee members ultimately voted to maintain the existing sequence.”

Perhaps the largest difference between RBHS and other CPS high schools is that the former offers only integrated, team-taught block courses for English and Social Studies classes, while HHS and BHS offer both combined and individual classes.

“We think it is better for students to learn essential literacy skills through social studies and English as opposed to learning them separately,” social studies department chair Austin Reed said. “Our kids seem to be college ready. They seem to read and write at high levels and our kids perform very well on standardized tests. So our kids seem to benefit from the [integrated system].”

The integrated system first began in the 1990s when certain faculty members believed that a team-teaching approach improved the academic experience and learning as a whole. Sophomore Maddie Murphy, however, would prefer to learn about the two topics in two different classes.

“I would rather spend my writing time writing about something other than what I’m learning about in my [history] class, because it’s not very interesting to me,” Murphy said. “I would care about learning more and about the class more if [the subjects] were individualized.”

Reed understands the perspective of students such as Murphy. Because of the academic success and intellectual investment that is provided for students, however, Reed believes the integrated system is more successful.

“Historically, looking at [Advanced Placement] tests, ACT scores and PSAT scores, our students experience real success,” Reed said. “We’ve integrated classes for years, and there’s no reason to change that if kids are learning and scoring well on the tests.”

Regardless of the different class structures that are offered around CPS, Kremer believes the goal of the social studies department is to prepare students for a brighter future.

“I think our department’s ultimate goal is to help students become more knowledgeable of the world around them,” Kremer said. “[We want to] equip them with the skills they need to be able to effectively engage in that world to produce positive change for our society.”