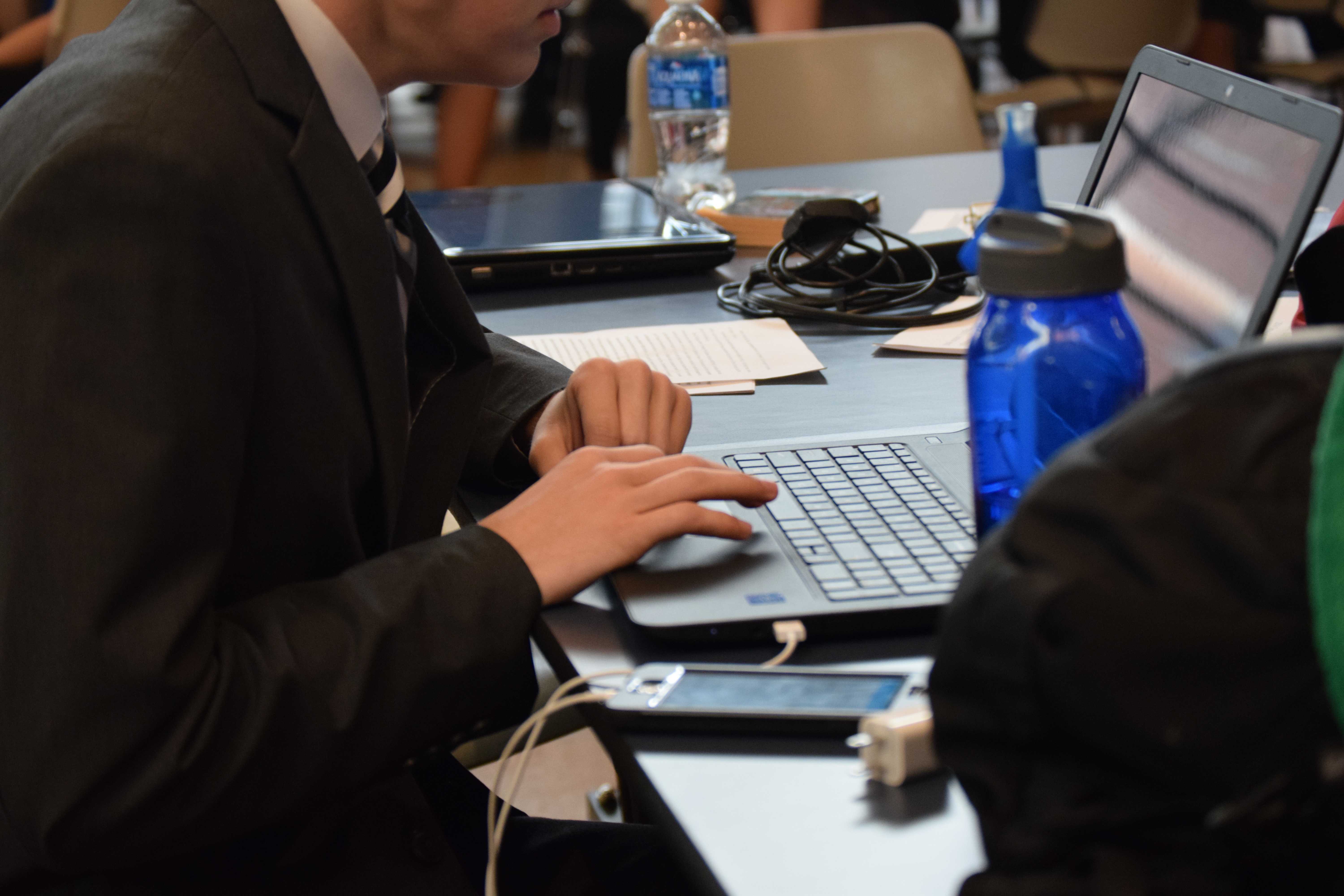 These group of debaters qualified from the district tournament on March 4, which sent a record of students to the state competition, debate co-leader Joshua Vincent said.

“Districts went very well for the team, we had seven go to MSHSAA state. We had the top two finalists in Public Forum debate, as well as Policy debate,” Vincent said. “We had a bunch of first place finalists in all the individual events or speaking events too, so we did pretty well at MSHSAA districts.”

Debate coach and teacher sponsor Benjamin Niewoehner agrees very much with his co-leader, saying it’s the first time he’s ever seen a group of students do so well at the district tournament.

“I was very pleased. The fact that we were able to send eight students to state is amazing,” Niewoehner said. “This is my first year being a coach, so I don’t have anything to base it off of other than my own experience competing back in high school, and we never sent anyone. The fact that we sent eight people, I think, is a real testament to the hard work and the skill level of these kids.”

Kuttikad attributes their success to the hard work and skill of the debate team as well, saying that the district competition had been a culmination of all their work in the past.

“I wouldn’t say we did better than we expected, because in general the Rock Bridge debate team has been preparing for a long time to do well in debates and in individual events,” Kuttikad said.  “Overall, I’m really proud of the team.”

In the weeks following the state tournament, Niewoehner said the qualifiers mostly stuck to the same preparation process used for past competitions, but because the next competition was MSHSAA state, the leaders made the process slightly more intense.

“There’s a standard that any time there’s a tournament, anyone competing in that tournament has to go through a practice round presentation, whether that’s an individual event or a debating event by either a chair member or [a coach] and primarily the debaters do that through most of the chairs,” Niewoehner said. “For state, however, [assistant coach] Nick Benham and I really want to see each piece so we can give the best possible feedback, so hopefully we have someone place second or third at state.”

Prior to state, Kuttikad and other state qualifiers ran through this process multiple times. In addition, Kuttikad said he met with his partner and the other Public Forum debaters to discuss possible debating styles to use, as well as the best possible ways to create a strong case for state. Although he remains cautious of state, he looks forward to the tournament.

“It’s definitely gonna be harder because we’re only really exposed to eastern Missouri. There will be familiar faces but then at the same time there’s a lot of debating styles we’re not used to, and all of that can affect how we perform at state, so competition will be tougher than usual but definitely nothing that we should completely [be beaten at.]”