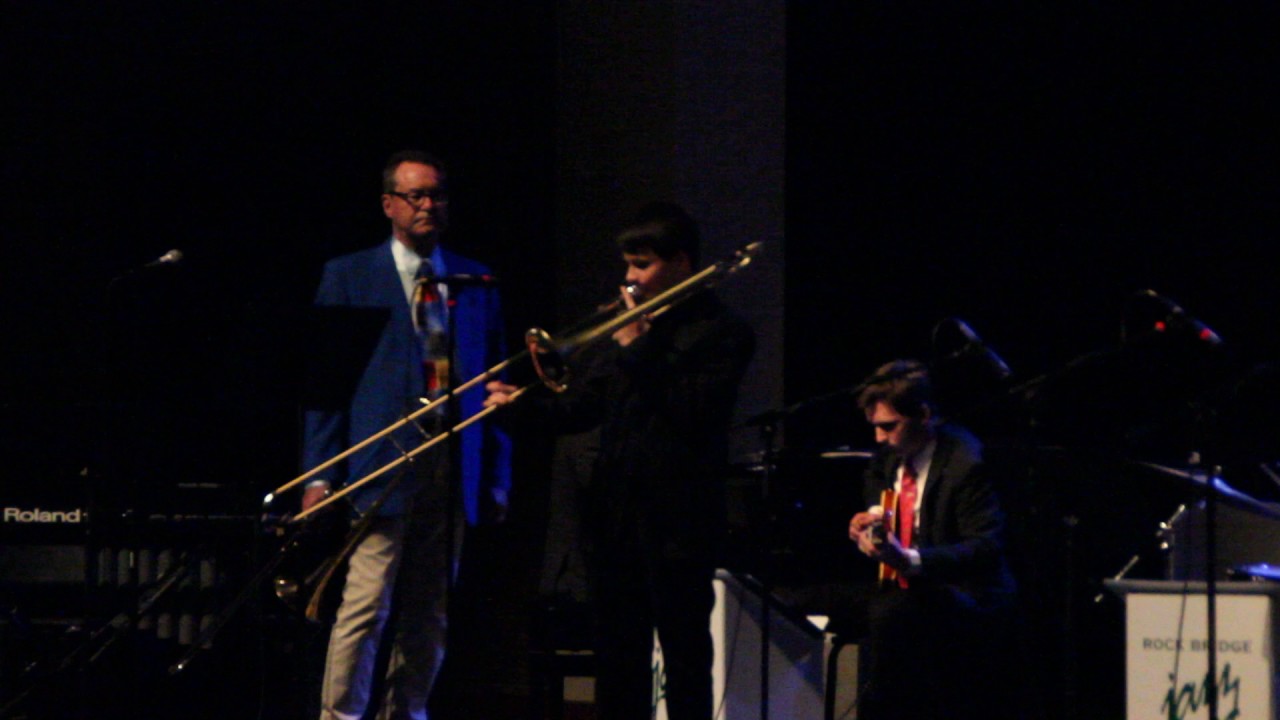 Malone, known for playing with the The Blues Brothers, recording records in Muscle Shoals and many other musical feats, played instruments from the piccolo to the trombone. All bands had the honor to play with him but, few students got the opportunity to experience soloing alongside him.

Freshman Luke Milyo soloed on trombone with Malone during the song “Groovin’ Hard” by Don Menza. To Milyo, this was an incredible experience.

How was your experience with him?

“I was excited to hear what Tom had to say and to hear a big name play live. He was super nice and easy going. He talked about some cool stuff, both musical and just life experiences. He was also really good, and could play double digit instruments professionally. He talked about how he could hear chords in his head in an instant, and know exactly what notes sound good on them. He didn’t need to think about what to play at all, he could just go, which goes to show what 70 years of practice can do for you. He also talked to us about how he used to live on a farm and would practice four hours a day just going over scales and long tones, because he wanted to get off the farm and go play with the big names which, he definitely achieved. He’s played for Snoop Dogg, Katy Perry and countless famous musicians, too. But yeah, really nice, genuine, great guy. It was an honor and a privilege to be able to play with the guy.”

Were you nervous at all?

“A little bit, heart raced and legs shook a little during [my] solo, but, mentally I was pretty calm. It was fun.”

What was your favorite part of the whole night?

“Hearing all the other schools play and of course, playing ourselves. Also, Tom signed my trombone case which was cool.”

How do you feel knowing you played with an incredible musician?

“I feel good. It was a great experience and I’m really thankful that we were able to have this opportunity.”

Considering you’re only a freshman, do you think you’ll continue on and do bigger and better things in the future?