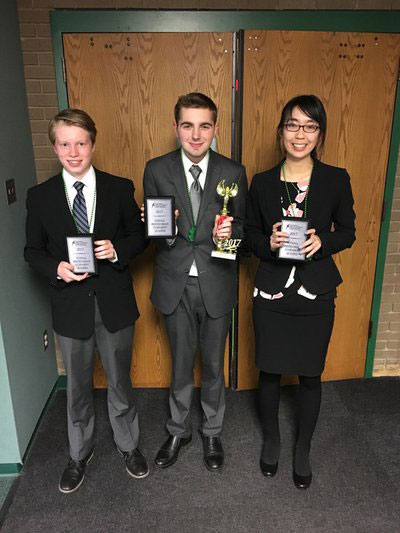 Speech and Debate has a history of performing well at competitions such as districts and state and this year is no exception. Their hard work and dedication have lead them to the National Speech and Debate Association’s national tournament.

Two weeks into summer, RBHS will send four students to the tournament. This is more than the school has ever sent. June 12 marks the beginning of the five-day long tournament.

“I’m in the unique position that my event for nationals has me on a team of three with individuals from other schools,” Wells said. “It’s going to be a new experience for everyone, and I’m really looking forward to it.  It’ll be a wonderful bonding experience.”

Ford has been in debate for four years now at RBHS and has loved the community and family bond that has been built in debate. Ford is incredibly humbled to be able to represent RBHS at the big of an event.

“This is my first time going to nationals and I don’t really know what to expect,” Ford said. “Due to finals and graduation I have to delay my preparation, but I feel confident and hope to do well.”

The Do’s and Don’ts of the drivers test