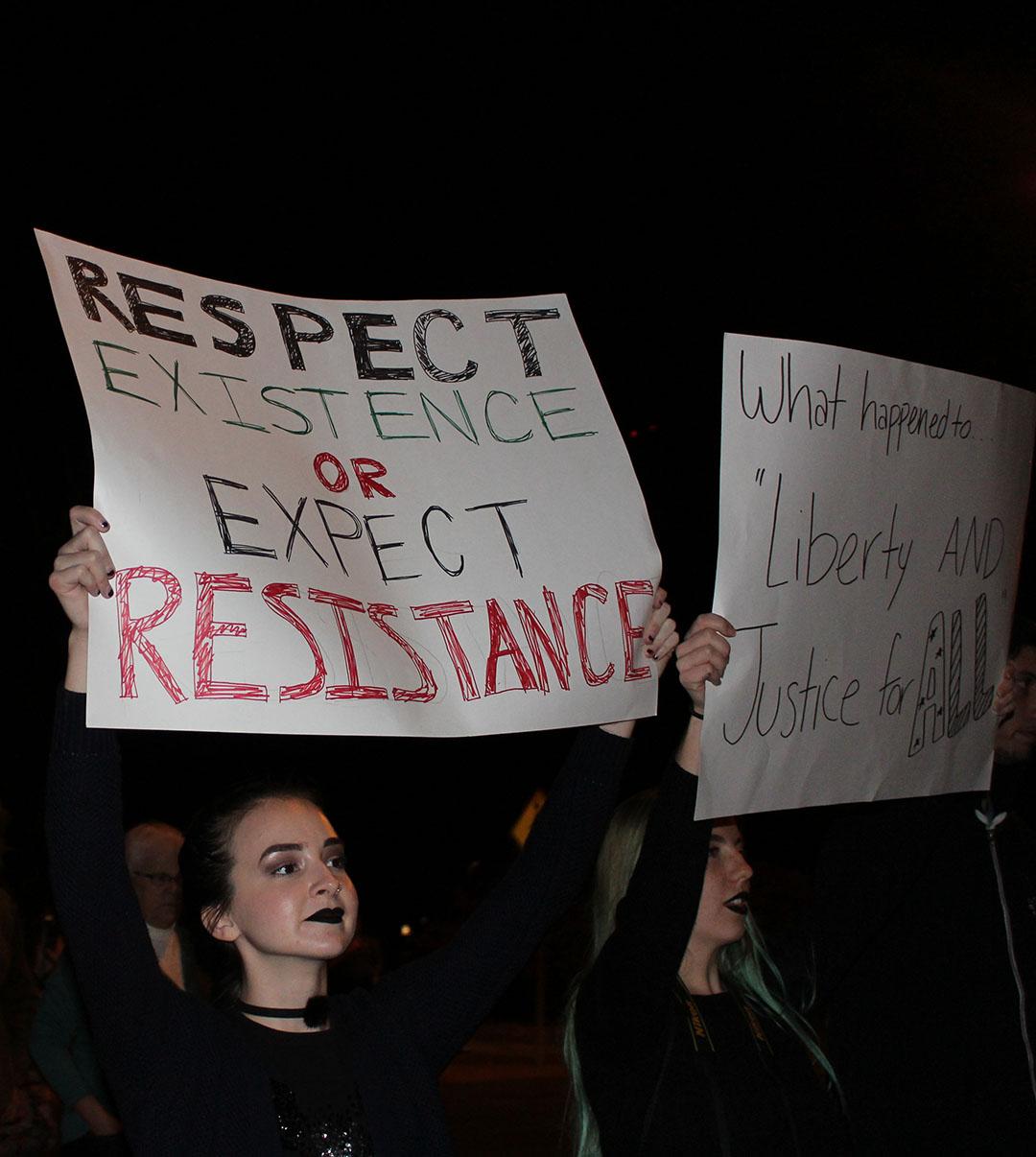 In April 1923, angry mobs of people dragged a black janitor out of the halls of the University of Missouri. They took him to the corner of South Providence Rd. and East Stewart Road in Columbia, MO and publicly lynched him before a crowd of cheering students. The janitor was James T. Scott and people of Columbia killed him before he could stand trial for the raping of a 14-year-old white girl. 87 years later, in Nov. 2010, Columbia civic leaders ruled the murder of Scott as a case of mistaken identity. At the time of Scott’s lynching, no justice came to resolve his death. In 2012, however, when 17-year-old Trayvon Martin was killed by police, an uprising began. The fight for black justice and equality gained a name for itself, now known as the Black Lives Matter (BLM) movement.

Those who support BLM see it as a necessary organization dedicated to promoting equal rights and preventing police brutality against African Americans. Those against the movement see it as a violent crusade with an agenda against police officers. Although BLM first emerged in response to the murder of Martin, according to the Black Lives Matter website, the urgency of its mission has increased following events such as the Nov. 2016 election of Donald Trump and the Aug. 11 Neo-Nazi rally in Charlottesville, Va. Senior DJ Norfleet agrees that the rise of white supremacy and Neo-Nazis has increased since Trump’s election.

“People of our generation tend to be more liberal, and they’re pretty much pro-human rights in every category,” Norfleet said. “I think Trump being president is the last hoorah for white supremacists instead of a rising. White supremacy has always been present in American culture. It has never gone away; we just ignored it.”

Events like Charlottesville heightened the prevalence of white supremacy, which is defined by Merriam Webster as the idea that white people are inherently better than all other races and should dominate over them all. According to ABC News, the number of hate groups in the United States jumped 17 percent in 2016 from 2014. Because of this increase, groups such as BLM have arisen in response, something that professor Paul Von Blum from the University of California – Los Angeles (UCLA) is grateful for.

“I think that Black Lives Matter is an extremely valuable development and represents a contemporary extension of the modern civil rights movement,” Dr. Von Blum said. “It has generated national and international attention to the unjustified killings of African Americans by police and others throughout the United States.”

[quote] “[BLM] has generated national and international attention to the unjustified killings of African Americans by police and others throughout the United States.”[/quote]

To generate this attention, BLM chapters in various cities have participated in protests for the betterment of Black lives. In addition, other protesters such as those counter protesting the Neo-Nazi rally in Charlottesville, Va. were advocating against white supremacy and peace among all races. Many of these protests, however, turned violent.

Most recently, in St. Louis, outcry broke out on the streets following the acquittal of a police officer that fatally shot a Black suspect, according to the St. Louis Post-Dispatch. The protests escalated when looters broke glass windows of shops and when police deployed tear gas canisters to clear out the crowd. Sophomore Benjamin Lidsky completely supports the right to assembly, but not when it turns destructive.

“[The right to] protest is protected by the First Amendment to the U.S. Constitution,” Lidsky said. “The First Amendment assumes that the truth is best gathered from a multitude of tongues. We should listen to both sides instead of trying to attach labels to each other to avoid listening. However, violent protest is deplorable, whether by a segment of BLM in Baltimore or by the alt-right in Charlottesville.”

President Donald Trump’s reaction to the Charlottesville rally was equally disapproving. According to a pool done by CBS, 55 percent of all Americans, 22 percent of Republicans and 82 percent of Democrats disapproved of Trump’s response. Trump initially stated that “we condemn in the strongest possible terms this egregious display of hatred, bigotry, and violence on many sides.” After receiving a backlash of criticism from both the Democratic and Republican parties, he called those who participate in racist acts criminals, only to later add that there were some “very fine people” who participated in the rally. Lidsky also believes that both sides are engaging in magnification for their respective viewpoints.

On the other hand, Norfleet believes white supremacy will die down in the next four to eight years, although you can’t kill the idea itself. The relevance of white power over other races will die down, however, Norfleet said.

Although many people who disapprove of Trump viewed his reaction label it as just another example of his bigoted ways, his reluctance to blame a single side for the violence that occurred may stem from wanting to avoid any further conflict. Furthermore, with each group’s differing viewpoints on which lives seem to matter most, the movements gain speed with the corresponding conflict. For example, when Martin passed, the BLM movement rose. Afterwards, White Lives Matter gained following along with BLM in a push to press racial equality, and display that the lives of black people were not valued above those of any other race. When it comes to radical ideas and the movements that rise as a result of them, Norfleet believes it’s important to hear everyone out in order to prevent extreme measures.

“Trying to suppress [the white supremacy movement] will only help it grow. When we suppress ideas, they tend to grow stronger, which is why suppressing white supremacy has caused it to become so popular and grow into a real alt-right movement,” Norfleet said. “Not giving them a platform or a voice will only make them stronger. Look at the Civil Rights Movement; we didn’t have a voice for pretty much a hundred-year period. But the movement grew and grew even without that voice.”

While Norfleet believes white supremacy will die down little by little over time, Dr. Von Blum disagrees, predicting that there are many more violent protests to come unless a massive change occurs within the federal government. Despite their differing opinions about the future of the nation, Norfleet and Dr. Von Blum both cite BLM as an influential organization that has had a huge part in inciting positive change.

I appreciate The Rock and Bearing News for tackling topics like the controversy over race in today’s society. This is not an easy task for professional journalists to accomplish, much less students, yet this site consistently provides well researched and unbiased information and stories. I hope to read more pieces like this in the future and can’t wait to see which issue students decide to write about next.