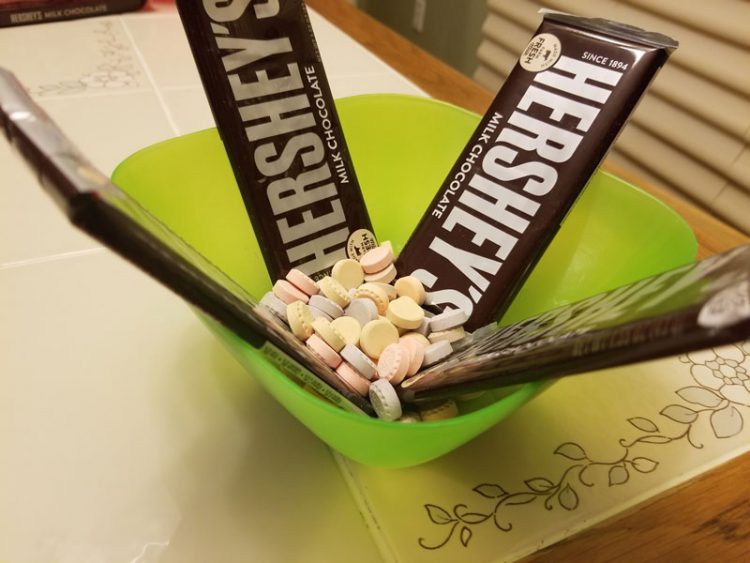 There will be no teepeeing, ding dong ditching nor any other form of shenanigans from 4-6 p.m. tomorrow, Saturday, Oct. 28 at the Trunk or Treat event at RBHS when community children can come to trick or treat in the RBHS parking lot

What there will be are colorfully decorated cars and trunks overflowing with various candies and treats with crowds of children, like flies on honey,  flocking to the treasure

The club in charge of such an  event is Educators Rising, which is a career center club made up from people of all three high schools with people who are taking the Teaching Professions class . The club, previously called FTA (Future Teachers of America) changed four years ago to its current title.

Olivia Zacharias, the social media manager of Educators Rising, said Trunk or Treat is a special event for her club, and she hopes to have a big turnout for Trunk or Treat.

Though Trunk or Treat is a new festivity, Zacharias hopes to make it a permanent fixture in order for future Bruins to maintain a healthy connection and interaction with the community.

Last year Educators Rising entertained the idea of a Trunk or Treat event, but there was simply not enough time to coordinate it. Danielle Schneider, this year, however, said it was important to work on it early.

“This year I became president of the club and before school even started we decided we would ask drama club when their annual Haunted House was and tried to coordinate our event with theirs,” Schneider said. “I would say our inspiration was to create a fun and safe event for kids on our side of town.”

Schneider hopes to mirror the success of the Trunk or Treat event that Battle High School hosts. Schneider has coordinated between the Career Center and Rock Bridge in order to keep Trunk or Treat organized by keeping clubs involved with the event informed and updated.

Clubs that have joined so far for the Trunk or Treat event include RBRO Red Cross, Tri Theta, CAPE, Giving Girls Opportunity, and SkillsUSA. Clubs are expected to one or more cars with which they will decide how to decorate their cars, and create a small game, and even dress up if they desire. But most importantly the clubs are tasked with giving candy to the kids and making they have a great time.

“Basically I just want to have fun… I used to love Mill Creek Funfest and doing this let’s me feel like a little kid again,” Piper Page, president of Giving Girls Opportunities, said. “I think it’ll be fun because even as a kid I would’ve rather passed out candy and talked to the other kids at my door on Halloween instead of going trick or treating. In a way, this resembles, in that I get to see all the little kids having a great time which always puts a smile on my face.”

Page hopes that partnering with Educators Rising will get the word out about GGO, which just started last year at Rock Bridge.

“We’ll have flyers and a donation bucket so parents can see what we’re all about and also face painting,” Piper said.

Fun filled activities, sugary treats, and colorful dress up themes are expected to make, the Trunk or Treat a night to remember for the kids of Columbia.

“Our event is definitely focused on the kid! We are trying to spread the word out to schools surrounding Rockbridge so we should be expecting preschool and elementary aged kids,” Schneider said, “Our club is really focused on getting to help and interact with kids in our community.”