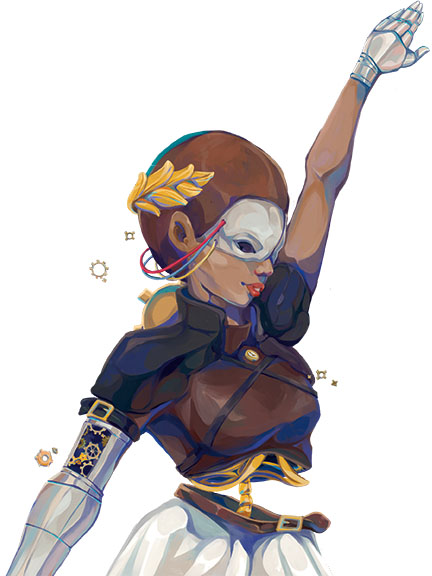 Beading sweat, clammy hands and a racing heartbeat. These feelings are all too familiar for the countless people who experience the physical response, fight or flight. When confronted by an opponent, a wild animal or general adversity, the body assesses whether or not it can defeat or flee from the foe, releasing hormones and adrenaline accordingly.

Suppose, however, that rather than fighting or fleeing the mind freezes, unable to understand and react to a situation.

With a stricken sense of familiarity, many students and teachers have experienced events that freeze the mind, and, thereby, freeze time.

RBHS student Joanne*  has soaked up and held onto this all consuming feeling. In the spring of 2016, after a verbal altercation with her father that escalated beyond proportion, Joanne reached a moment that will never leave her mind.

“One day, he snapped, and he threw me down and hit me and held scissors above my head and threatened me a lot. It was extremely scary, and I still have [post traumatic stress disorder] from it,” Joanne said. “My sisters threatened to call the cops and were screaming and crying for him not to hurt me. That’s when time stopped.”

With such a trauma, the event rarely leaves Joanne’s mind. Hearing the screaming and yelling in her mind, she can still remember every sight and feeling of that day.

“It felt like every second was 10 seconds longer,” Joanne said. “I felt like I was trying to run while underwater in the sense that all my movements felt long and drawn out. It felt like I was on the outside, watching myself and my dad engage almost as if I was the cameraman standing away, taping the scene before me.”

While frightening and extraordinarily unpleasant, the freezing aspect of the instinctive fight or flight is important to mentally processing the information as it comes in. Furthermore, psychologytoday.com said the freezing response “adds a crucial dimension,” because the information coming into the mind is overwhelming, so the brain struggles to cope with the reaction.

In a sense, the affected body is freezing up in the face of adversity as the mind recognizes that neither fight nor flight would be appropriate or available.

Instead, the mind is suspended in time, fearing for its safety as a life changing moment flashes before its eyes.

Obviously, a person is not actually suspended in time. Rather, their perception of time is dilated in hindsight as the brain collects every aspect of the information and encodes it towards long term memory.

Psychology novelist and researcher Jeff Wise suggests in an article on psychologytoday.com that the body becomes paralyzed, and rather than reacting, the mind remains stricken with panic and collects information rampantly to be able to judge the threat in hindsight assessment.

In continuation of his hypothesis, Wise searched further and compiled information regarding the physical responses of stress. He deduced, through studying research conducted by University of California Irvine, that the amygdala, responsible for emotional responses in the brain, is stimulated in the face of fear and triggers “flashbulb memories,” which are remembered for life.

Senior musician Finn Kisida is extraordinarily familiar with the concept of flashbulb memories. As a performing guitar player, every moment on stage is a pure excitement.

“During a music competition, there was a moment when I was singing, and I was looking out at the audience, and it was really surreal,” Kisida said. “What’s funny is that later on, I found the photo of me at around that moment. It’s an extremely vivid memory that seems like a picture in my mind.”

[quote]”. . . I found the photo of me at around that moment. It’s an extremely vivid memory that seems like a picture in my mind.”[/quote]

Although fear and excitement are the most predominant reasons the brain creates time delusions, this form of reaction is present in correlation to age.

Psychology researcher David Eagleman told livescience.com that the illusory exposure to time warping is utilized through adolescence, when young minds encode important memories to compare to future events. This causes the younger years, 3-12, to crawl by, while adulthood seems to fly.

By setting a foundation for personal experiences, the first years of life can be seen as long and eventful, while the adult years base their judgment on adolescent memories.

While not experiencing a traumatic event, Kisida claims time has warped for him, too. He says time has no duration when performing, and he has little recollection of his actions. The pure thrill of performing, Kisida says, is matched by none. With no fear and pure excitement, time races forward rather than slows down.

“Anytime I play on stage, everything goes by incredibly fast. The moment I pick up my guitar, I think I just go into autopilot, and it doesn’t stop until the show is over, at which point I’m like, ‘Wait? What? We’re done?’” Kisida said. “I’ve also found that in the post gig adrenaline I’m not really able to remember anything that happened while on stage, and it isn’t until a few hours later or when someone shows me a video that I’m like, ‘Oh, yeah, that’s a thing I did.’”

From music to traumatic events, time is a decider of memories and health. Mental disorders, such as bipolarism and depression, are expressed in a cyclical pattern, passing through major depressive, extreme sadness and hopelessness, to mania and rampant happiness in a matter of days.

A licensed social worker in Columbia, Missouri, Michael Kaplan describes the process as an overlapping time ‘trapped’ cycle that causes  moods to change like seasons.

With the rise and fall of mood and emotion, time  controls yet another human aspect. Slowing in the face of fear, washing moods and capturing memories, time is the destructor and constructor of life.

For Joanne, time has engraved her trauma into a recurring nightmare. Although time froze, her mind relives the experiences on a loop.

“I felt like [the events] couldn’t possibly be happening,” Joanne said. “I was just waiting for it to be over as soon as possible, but time just slowed and made that horrible event feel like hours.”

I am so sorry Joanne had to experience such a traumatic event at such a young age, I can’t begin to imagine what she has gone through. I enjoyed the comparison between music and fear, because the loss of time can often be the same no matter if the event was a positive or negative one. This article provided me with new insight into the lives and experiences that other students have gone through, and I hope I can apply this knowledge in the future to make more well-informed decisions.