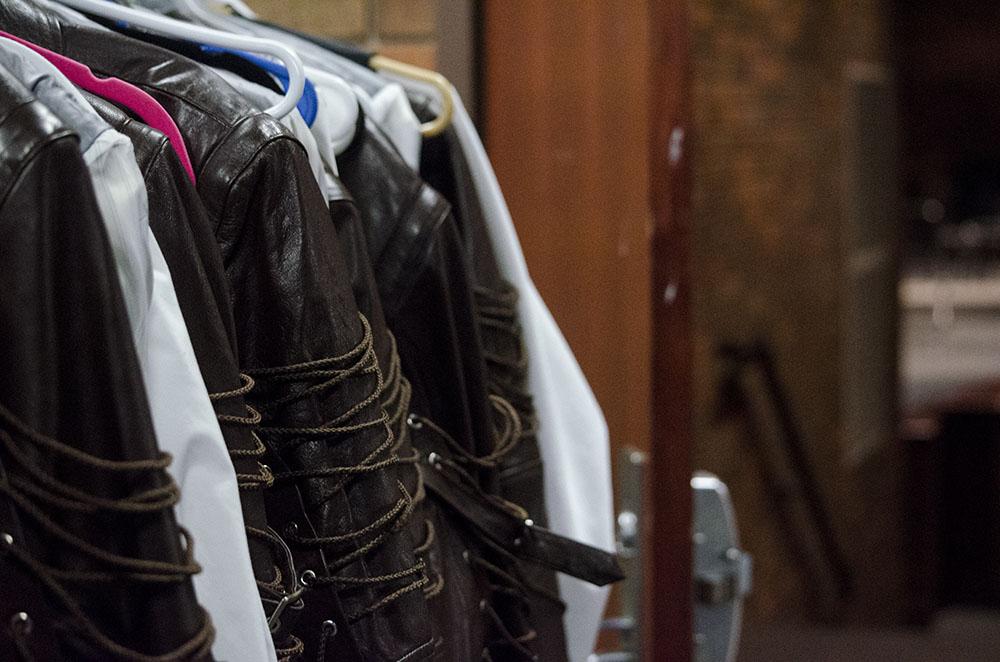 Auditions for the RBHS winter play will take place at 4:15 p.m. this Thursday, Dec. 7, and Friday, Dec. 8, in the Performing Arts Center (PAC). This year’s play is “Peter Pan,” chosen by advanced acting teacher Holly Kerns. Aside from the magical nature of the story, Kerns likes that there are multiple parts for students of different calibers when it comes to acting.

“I picked ‘Peter Pan’ because it has many roles, some speaking and some non-speaking. This helps people get involved who aren’t necessarily comfortable with a lot of lines,” Kerns said. “I can also include people with busy schedules, in that people can be involved but not have to be at every rehearsal. I also like the androgyny of the show—I don’t need a certain number of a certain gender; it’s very flexible.”

Also an admirer of “Peter Pan” is junior Polina Kopeikin, who is preparing for her audition by watching the movie and analyzing its characters. She is unsure of what exactly her audition will entail but expects dialogue or a monologue that will require a lot of emotion. Rather than focusing on one specific role, she hopes to be able to effectively portray every character in the story.

“I chose to audition for this play not only because I have a great love for theater, but also because ‘Peter Pan’ is one of my favorite stories ever,” Kopeikin said. “As a child I would flip through my ‘Peter Pan’ book and look at all of the pictures again and again even before I learned how to read. It took lots of convincing to get my mom to agree to let me [audition], but she finally caved because she saw how much it all meant to me.”

Like Kopeikin, sophomore Audrey Mueller is not auditioning with the hopes of landing a particular role but would like to be cast as one of the leads. She acted in the advanced acting play “The Children’s Hour” and enjoyed it so much that she’s using that excitement to motivate herself for this upcoming tryout. She looks forward to having the opportunity to work with the close-knit theater community again but isn’t as sure of what to expect in terms of the audition itself.

“It’s difficult to prepare for this type of audition. In some auditions you bring prepared monologues, but this audition is a cold reading, which means you are given scripts to read when you enter the audition and have not seen them before that point,” Mueller said. “All I can really do is research the source material, so I’m reading Peter Pan (the original book) currently and plan to rewatch the Disney movie before Thursday.”

As the play’s director, Kerns is in charge of the overall look of the show and helps the actors develop character. She tries to incorporate their ideas into the play while maintaining cohesion among the cast and crew.

“I am always excited about the very beginning of a process like this. Anything can happen,” Kerns said. “Starting a process means beginning the whittling or sculpting process, and I don’t know what the thing will look like by the end, but with faith and hard work, there will never be another production like it.”