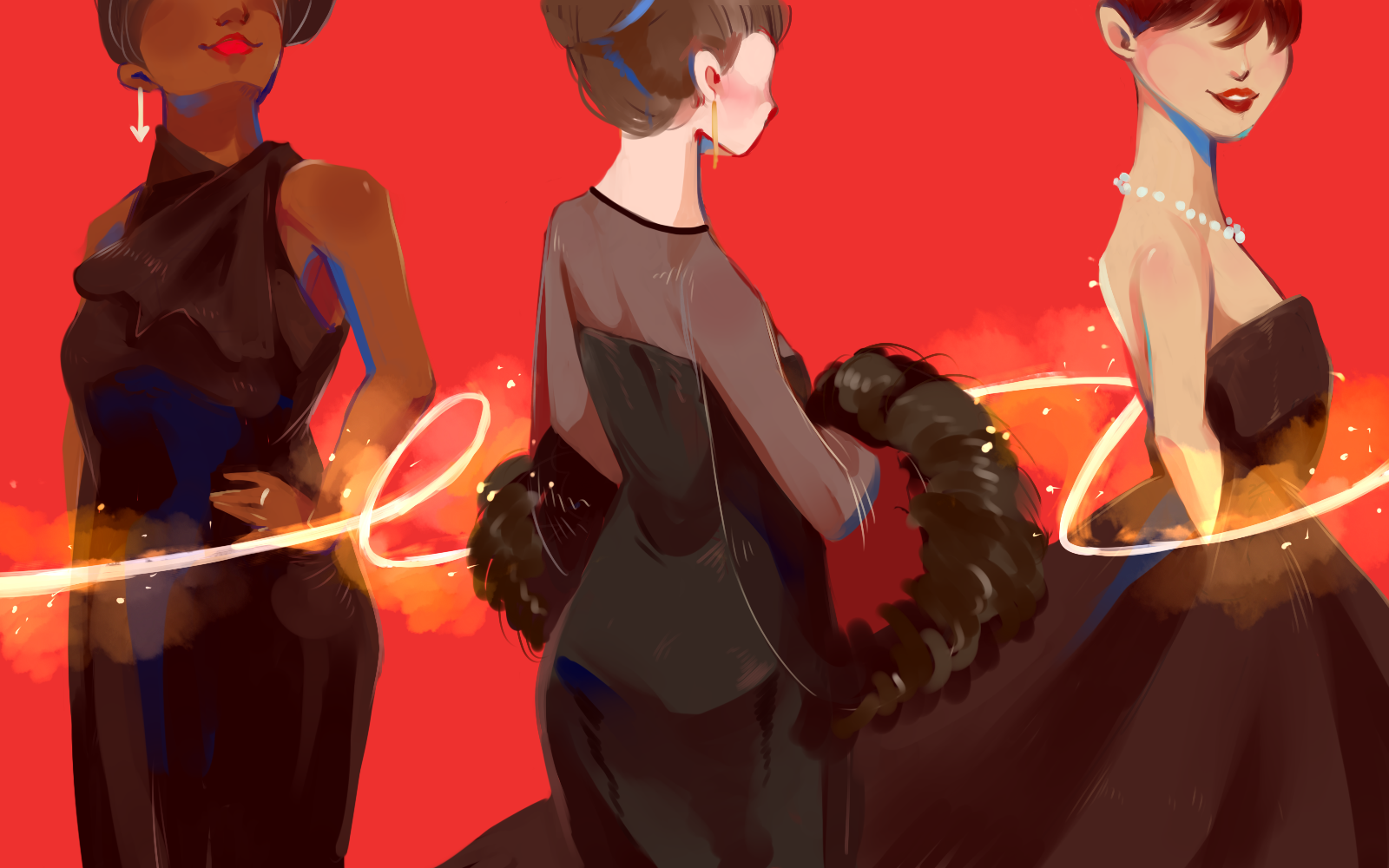 Welcome to the 2018 Golden Globes red carpet style review! Last night, celebrities used the power of fashion to bring attention to an important issue taking place not just in Hollywood, but also around the world. Almost every star wore black as a sign of protest against abuse, discrimination and sexual harassment in the workplace. The entire evening, influential actresses, filmmakers and producers used their platforms to continue highlighting the power struggle between genders within virtually all work systems. While a typical style review might consist of a best and worst-dressed list, criticizing women for their appearances seemed in bad taste considering the context of the event. Furthermore, black is such a flattering and classic color that most people looked fine, anyway. With that, let’s get into the top 10 best red carpet looks of the 75th Golden Globe awards.

Nominated for best actress in a television series, The Crown’s Claire Foy perfectly executed the menswear trend displayed in multiple pre-fall collections, notably Max Mara, Tibi and Dundas. Although she didn’t win her category, Foy’s simple, well-tailored Stella McCartney suit secured her a spot in the top 10. She kept it clean with accessories, ditching the diamonds for a more impactful statement piece: a badge on her right sleeve that read, “Actresses Equal Representation” and “50:50.” Red lipstick finished the look, enhancing her striking blue eyes and dark, slicked-back hair.

Taking ninth place is the director of nominated foreign language film First They Killed My Father and the epitome of effortless elegance. Jolie graced the carpet in a conservative Atelier Versace gown, which she accessorized with Forevermark jewelry and a Stuart Weitzman clutch. Although black is not a deviation from her usual award show style, this particular look was softer and more downplayed than what she regularly goes for. Nevertheless, it was impossible not to notice her even amongst the sea of black.

At only 13 years old, Millie Bobby Brown has already established herself as one to watch at big fashion events thanks to her sophisticated yet age-appropriate approach. Last night was no exception; she posed in a short, satiny Calvin Klein by Appointment number in, you guessed it, black. Her shoes, strappy silver sandals also by Calvin Klein, were arguably the best part of outfit. Brown avoided overpowering the ruffly part decorating the top half of her dress by wearing her hair in a topknot bun, which also allowed easy vision to the diamond studs lining her right ear. The whole ensemble screamed, “Red carpet? I have better things to do,” making it all the more awesome.

While many stars donned minimalistic, structured dresses at the Globes, presenter Penelope Cruz opted for a more romantic version in a black lace, off-the-shoulder Ralph & Russo gown. A glossy black panel emerged from the back and wrapped around her lower left half, elevating the ensemble from black tie dinner party status. Cruz’s soft curls and Atelier Swarovski drop earrings furthered the dreamy ambience. The only thing that would have improved Cruz’s arrival is showing up in Versace to highlight her role as Donatella in the upcoming American Crime Story premiere; the third season, which focuses on the 1997 murder of Gianni Versace, will be a fashion spectacle in and of itself.

From romantic we switch to full-on regal with Diane Kruger’s draped Prada frock. Perhaps what made Kruger look so fit for royalty was the jewel-lined tulle cape that gracefully perched on her shoulders. The whole image was reminiscent of her role as Helen in the 2004 historical flick Troy, in which her character was also garbed in flowy, metallic attire. The actress, who starred in the best foreign film nominee In the Fade, completed the outfit with pulled back hair and a silver clutch.

The spitting image of glamour, presenter Viola Davis pulled up to the awards in a sleek velour sheath designed by Brandon Maxwell. Keeping the dress simple was smart, considering Davis’ decision to accessorize with a multiple-tier diamond necklace by Harry Winston. A general fashion rule is to keep the hair simple if the neckline is adorned, but the actress’s natural hair only accentuated the overall look.

Like Penelope Cruz, actress Lily James’ Valentino dress is best characterized as whimsical and dreamy thanks to its translucent ruffles, which line the torso and bottom edges. The plunging decolletage is barely off-the-shoulder, enhancing the wispy tendrils of honey blond hair falling from her updo. Had the starlet worn a softer color, she would have looked like the leading lady of a Daisy by Marc Jacobs film instead of a supporting actress in Baby Driver and The Darkest Hour. The frock’s tulle-like material was a bit rumpled and could’ve been taken in more at the waist, but those minor flaws didn’t take away from the overall magical essence of James’ appearance.

From the front, presenter Dakota Johnson’s velvet Gucci gown is pretty but would not have made this list on its own. The back, however, transformed the entire mood of her appearance and recharacterized the dress as belonging to the eclectic powerhouse brand that has been revamping the scene of both mainstream and high fashion for the past two years. When Johnson turned around, it appeared as if a shooting star had exploded on her back, releasing a shower of metallic glitter on a semi-transparent train (tulle and somewhat see-through materials were clearly popular last night). Johnson’s silver Nirav Modi bangles and dangly earrings also effectively imitated the focal point of her dress without distracting from it.

While Big Little Lies co-star and producer Nicole Kidman may have won the ‘best actress in a limited series’ award, her repetitive gown decision failed to beat out Reese Witherspoon’s polished Zac Posen pinafore. Witherspoon has worn the designer a number of times, including at the 2012 Golden Globes, but last night’s look was a real winner. The sleek gown stuck to her silhouette and featured a short train, creating a mermaid figure. It was evocative of Sofia Vergara’s past award show looks, but Witherspoon adapted to the dress nicely with minimal jewelry and natural makeup.

The embodiment of chic perfection and refinement was Zoe Kravitz in a velvet Saint Laurent column gown and an emerald green ring and earrings, which were beautifully contrasted with a bright red lip. Kravitz, who is the face of Saint Laurent’s spring 2018 campaign, accompanied her Big Little Lies co-stars in the fight for feminine solidarity while simultaneously setting herself apart from everyone else. The laid-back attitude she exhibits when it comes to taking fashion risks only makes her red carpet arrivals all the more exciting.

What was your favorite fashion moment at the 2018 Golden Globes?