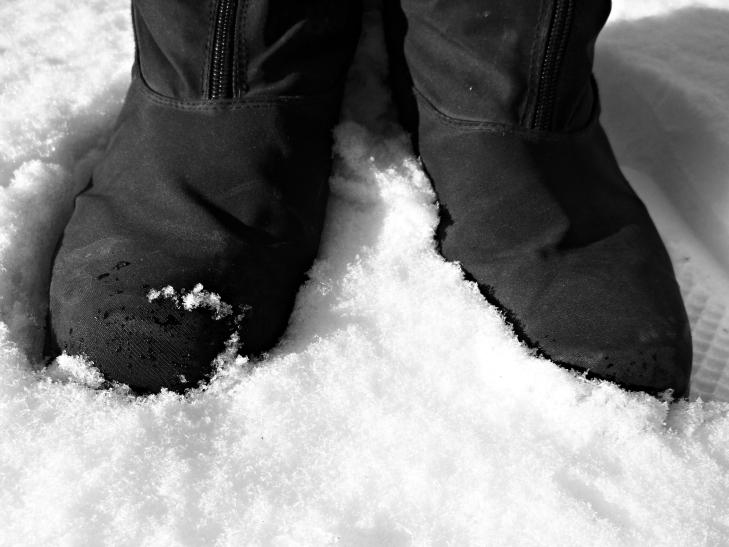 As freshman Rongrong Wang opens the east doors of RBHS, a chilling wind and below-freezing temperatures are there to greet her. Not even a winter parka lined with fur could keep someone from shivering. With spring sports right around the corner, however, tolerating the chattering teeth is important for some extra mileage on the roads. To prepare for the weather, Wang said she brings gloves, headbands and lots of extra layers to track practice.

“I try to leave as little skin exposed as possible,” Wang said. “We as a group check the outside temperature to make sure that the length of our run isn’t so long as to where we would be at risk of frostbite.”

Additionally, Wang believes people tend to run less purely because individuals want to avoid being outside for too long. There are certainly some risks associated with cold weather, the most obvious being frostbite, Melissa Gervais, Assistant Professor of Meteorology and Atmospheric Science at Penn State University, said. As an explanation for the headaches, tingling sensations, redness and blisters, Professor Gervais points to a specific reason for the sudden drop in temperature.

“Often cold air that impacts more southern regions of the U.S. is formed over the Arctic or northern Canada,” Professor Gervais said. “Cold air outbreaks tend to happen when this cold ‘Arctic air mass’ is able to travel further south. The jet stream, which is a fast current of air higher up in the atmosphere, separates these colder northern regions from the warmer southern regions.”

Professor Gervais said when this jet stream has more meanders, a winding course, individuals can get some of the Arctic air that is traveling further south. The change in pattern can happen relatively quickly, and if the atmosphere remains in this same pattern, this can create a cold spell.

Not only does the frost remind individuals to grab some extra layers, the change in seasons can even cause a type of depression, known as seasonal affective disorder (SAD).  SAD is a real affliction and shows that the cold can affect the mind, too.  SAD has shown that living in cooler climates can be a challenge for many people. The Dorsal Mental Health Forum reported

The lack of light during the dark winter months affects those who suffer from SAD.

According to the Mayo Clinic, those who suffer from SAD begin to see symptoms in the fall, which continues into the winter months, making individuals more moody.

The “winter blues,” may explain why individuals who typically prefer the warm sunshine may feel less inclined to get up and go out. For Wang, at least, the colder it is out, the less excited she is to go run.  Like Wang, junior Lily Abraham is a spring athlete. As a soccer player, Abraham points to the icy weather, which sometimes forces her to practice inside, which can lead to injury such as shin splints, Abraham said.

“Some negative effects are when your muscles are cold, your muscles tighten, which leads to injury,” Abraham said.  “You just have to stretch extra to warm up your muscles. [The cold weather can] also can affect range in motion, so it can be harder to kick.”

Abraham’s ideal temperature for playing soccer is in the 60’s to 70’s and sunny with a little bit of a breeze. Unfortunately for Abraham, the current below-freezing temperatures and wicked wind chills aren’t looking to reach the 70’s anytime soon.

Abraham believes the extreme colds can be dangerous, like the Mercy Hospital, which states that freezing temperatures and dangerous wind chills can be especially dangerous for individuals spending time outside, putting them at risk for hypothermia or even frostbite.  Mercy Hospital said a victim is often unaware of frostbite because frozen tissue is numb. Hypothermia, however, typically occurs at very chilled temperatures but can also happen at temperatures above 40 degrees Farenheit if a person is wet and becomes chilled.

Professor Gervais believes one of the biggest problems is not the actual temperature but how prepared individuals are for it. Gervais said it is very important to wear the right clothing for the temperature. Her recommendations include a good hat, some mittens and a coat.

Despite the numb fingers and runny noses, Wang said the countless runs during the bleak winter months act as a great way to take advantage of some extra time with teammates.

“Since these runs are a regular thing, we end up spending a lot of time together. We talk and play games and end up bonding because we’re all there and putting in the work,” Wang said.  “While we’re out running, we can talk about whatever we feel like, and when track season starts we’ll already have a community of teammates that we’ve been training with.”

What has been your experience with the cold? Comment down below.