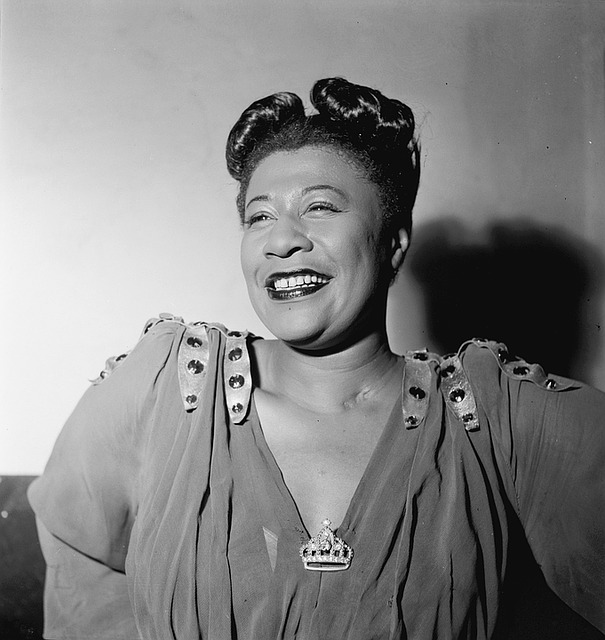 Instead of using her troubled childhood as an excuse, Ella Fitzgerald utilized her struggles as motivation to pursue a career in the arts, flourishing as a renowned singer and performer of the 20th century.

Fitzgerald was born April 25, 1917 in Newport News, Virginia to a couple bound by common-law marriage. Her parents separated not long after her birth, resulting in Fitzgerald moving with her mother to Yonkers, New York and not seeing her father much. Fitzgerald’s mother soon got a boyfriend and, in 1923, Fitzgerald gained a half sister. Her family struggled financially throughout Fitzgerald’s childhood. To help out, Fitzgerald worked as a messenger “running numbers” and acting as a lookout for a brothel.

When Fitzgerald’s mother passed away in 1932, Fitzgerald moved in with her aunt and began skipping school. She wasn’t interested in school subjects or learning, instead, she aspired to become an entertainer.

In 1934, Fitzgerald entered an amateur contest at Harlem’s Apollo Theater, singing Hoagy Carmichael’s song “Judy” as well as “The Object of My Affection,” wowing the audience and judges with her lucid intonation and immense range. Fitzgerald won the contest, earning the $25 first place prize. Her performance at the theater put her career into motion.

She joined a band named Chick Webb and His Orchestra as a singer, who she recorded her first big songs with such as “Love and Kisses.” In addition to being a band member, Fitzgerald put out her own songs, “A-Tisket, A-Tasket” (which was her first No. 1 hit) and “I Found My Yellow Basket.” Meanwhile, she began performing on a regular basis at one of Harlem’s hottest clubs, the Savoy. When Webb died, Fitzgerald became the new bandleader, renaming the group Ella Fitzgerald and Her Famous Orchestra.

Her career took a new form in the 1940s, as she secured a deal with Decca Records as a soloist. She began recording songs with other artists there and even landed a role in the western comedy film Ride ‘Em Cowboy. She also began working with Norman Granz, future Verve Records founder, at this time, growing bigger in popularity.

In 1958, Fitzgerald won her first two Grammys for best individual jazz performance and best female vocal performance. She made history as the first African-American woman to win these awards.

From there, she continued performing and teaming up with other famous artists such as Louis Armstrong, Count Basie and Frank Sinatra. Fitzgerald even broke into the pop charts in the 1970s with a rendition of “Mack the Knife.”

Fitzgerald passed away on June 15, 1996 at her home in Beverly Hills. Throughout her career she aquired 13 Grammy awards, an NAACP Image Award for Lifetime Achievement and the Presidential Medal of Freedom.