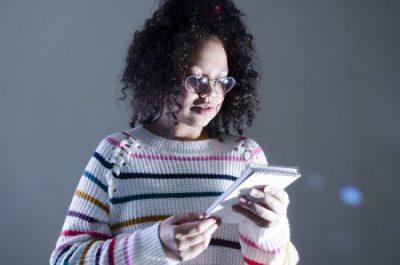 [dropcap]I[/dropcap]nspired by the documentary, “Louder Than a Bomb,” as well as by the poets, coaches and organizers of the event, Columbia’s first Louder than a Bomb Poetry Slam will take place to showcase the literary talents of the community.  While there is not an exact date for the event yet, there will be a pep rally and workshop on Feb. 24. Additionally bouts will be on Mar. 10 and 17.

Although RBHS has a slam poetry club, the school does not have a “slam team.”  Reading specialist Daryl Moss said she received an email asking if she would be willing to coach a slam team and agreed.

“I am personally interested in listening to and encouraging the voices of our youth—their thoughts, experiences, and insights—and am often blown away as a teacher here at RB by the creativity and passion of our students,” Moss said. “Louder than a Bomb originated in Chicago and is one of the largest annual slam competitions in the nation—we hope to start one here in Columbia with the intent to grow each year.”

Students from Columbia Public Schools (CPS) high schools, Jefferson City High School (JCHS), as well as groups from Jabberwocky Studios and the University of Missouri will be eligible to participate in the poetry slam competition.

Junior Alex Schust is participating in the event with Jabberwocky Studios, a locally owned dance studio. Most of his team is composed of people he dances with, like his sister.

[quote]“I just really like the idea of being able to express myself so freely, but I don’t have much of an interest in poetry outside of this,” Schust said. “I’m excited to see my friends and teammates compete. I look forward to what they write.”[/quote]

Moss said selected community members will be judging the bouts.  Each team will present four individual poems by four different poet-performers as well as one choreo-poem performed as a group by four team members. Teams will participate in weekly writing workshops led by their coaches at their home schools leading up to the performances and will have numerous occasions to practice publicly before the judged events in April.

Additionally, if there is significant interest among the student body for participation, that school will have an in-house slam competition to vote on this year’s team members, Moss said.

Senior Amanda Andrews, who plans on attending the poetry slam, became interested in the art a few years go when she started watching slam poetry on Youtube and was intrigued with it. Andrews said that while she is excited, she is more nervous for the poetry slam.  Not knowing how she will do makes her anxious; nonetheless, her love for poetry remains.

“Poetry is so important to me because it is kind of my entire life,” Andrews said.  “It’s such an important part of my life, and I think it could be important to other people to have a form of expression.”

As a first year event, Moss is not sure what to expect although community organizers anticipate an audience in the hundreds, which makes sense with the involvement of all the high schools and other community groups.

“Overall, what I am most looking forward to is celebrating the words of our Columbia teens,” Moss said.  “I believe in the necessity of  providing a platform for youth voices to speak up and to speak out and a community-wide poetry slam is an awesome opportunity for those voices to be heard.”

Are you participating in the poetry slam? Let us know in the comments below.

Out of Line: Improvement is key

I’m a sucker for good and impactful poetry. I know I have some friends in the competition so I hope I have the room in my schedule to attend the poetry competition.

I am so proud of these students for having the courage to stand up and express what is true to them. Throughout life, but especially in high school, finding your voice and being willing to share your truth with others is terrifying and requires an intense level of vulnerability. Best wishes to all competitors!

I personally love poetry, and am really excited that RBHS is finally getting a slam team together!