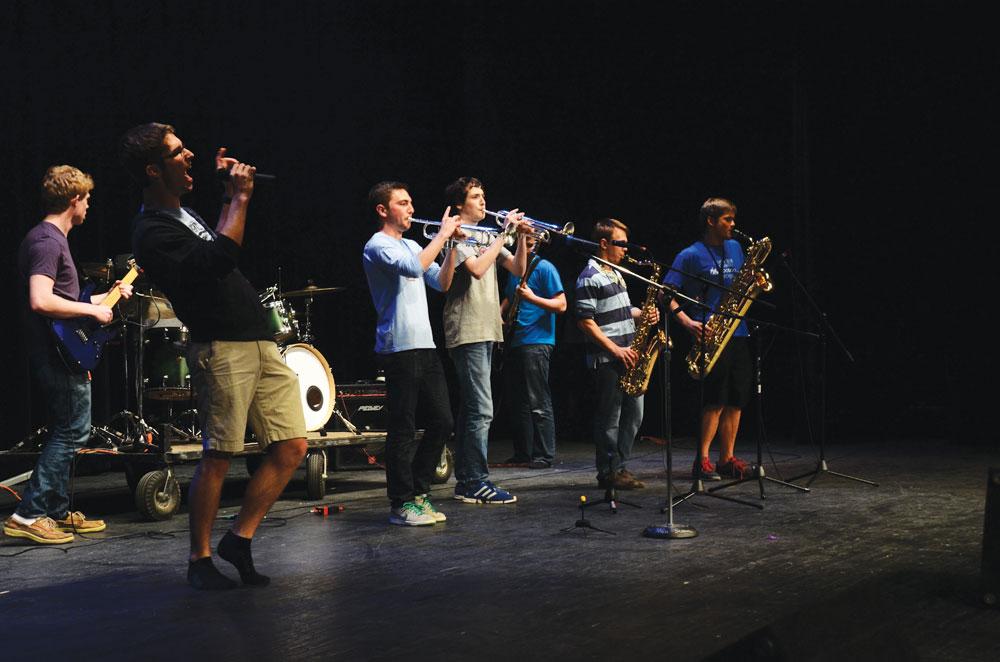 Auditions for the annual talent show, Capers, will take place after school on March 14 and 15 in the band room. Band director Patrick Sullivan is in charge of the show’s organization, including behind the scenes work and preparing for the auditions themselves. He said on average, there are 16 to 20 student performances that all require different stage equipment.

“Student Performances must meet a certain level of performance,” Sullivan said about casting requirements. “On an overall idea, we look for a well-balanced show with plenty of variety.”

Even though this year is the first time sophomore Jake Doherty will be auditioning for Capers, he is already looking forward to participating again his senior year. Doherty is trying out as part of a percussion ensemble group, admitting he has found it difficult to find time for group and individual rehearsal. Despite that, he looks forward to the new endeavor.

“I’ve never been in a talent show, and high school is a special time in a person’s life,” Doherty said. “Being part of the talent show is something that I know I will remember.”

Like Doherty, sophomore Meredith Farmer will also be auditioning for the first time, but she plans to perform with two groups. One is the percussion ensemble Doherty is in, and the other, in which she will be playing the piano, is comprised of other RBHS band members. Farmer played in the music pit for Capers last year, and she thought the opportunity to play on stage would be exciting.

“I enjoy playing music with my friends, and Capers is a great place to play fun music with them,” Farmer said. “I look forward to getting to watch all of the other acts. It’s really fun to watch what other people and groups have put together and what different people’s talents are.”

The most challenging aspect of preparation for Farmer has been getting the members of her groups together for rehearsal, as everyone has busy, conflicting schedules. Nonetheless, Sullivan trusts that all the acts chosen to perform at the show will be enjoyable to watch.

“Throughout the year the band directors pick what the bands and ensembles are going to play for performance,” Sullivan said. “My favorite part about Capers is this is the time where the students select all of the material for their performance. This night is completely created by students.”

Capers is a thrilling show! I can’t wait to see what gets put together this year!