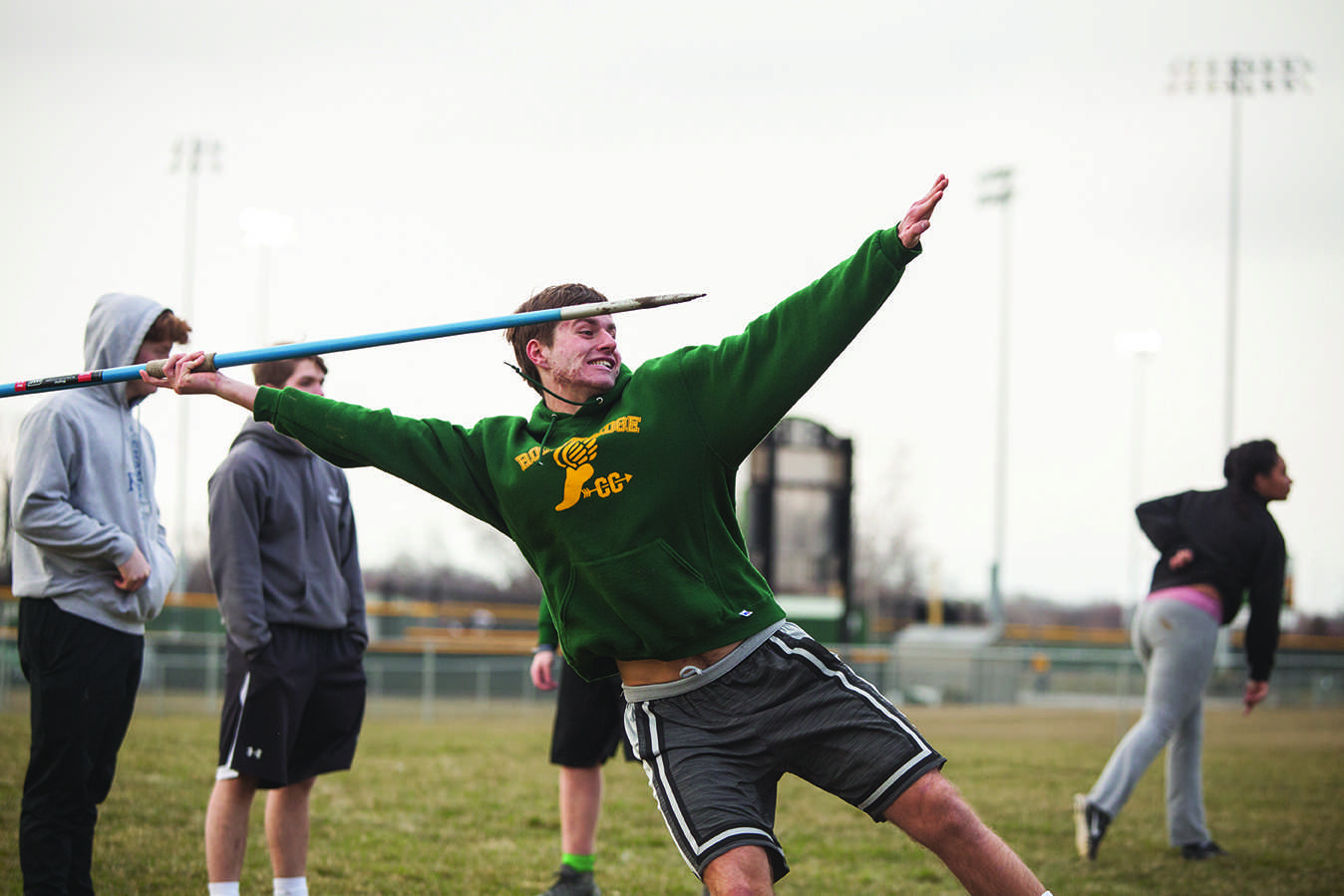 [dropcap size=”4″]T[/dropcap]he track and field team’s season has just begun with their first meet being the Columbia Kick Off on Friday, March 16. This fresh start brings new confidence for sophomore runner Maddie Orr, she believes there is a big difference between this year and last season.

“I’m feeling a lot better about this year. Being a sophomore is such a big difference from freshman year,” Orr said. “I think I might hit some good times this year, and I feel like the team is looking to a great year as well. We’re all at great spots in our workouts and working really hard.  Also, I think [Neil] Blackburn has really kicked it in for this season by giving us tougher times to hit so early in the season.”

With similar ambitions for her track season, veteran jumper and pole vaulter, junior Emily Litton has been in track and field throughout all of high school. With gaining a spot at sectionals last season and getting her personal record of 10’6”, she is ready for the new season.

“I’m really excited for this season. We have a lot of new people on the team, and I’m looking forward to seeing what we can do,” Litton said. “Personally, I’m just hoping to improve on what i did last year and have fun.”

Jumps and pole vault coach, Patrick Sasser also sees certain changes from last year. As he looks at the girls’ team as a whole, he notices a loss in leadership. Although he acknowledges there are athletes who are willing to assume the responsibility that comes with leading a team.

“[Shonekan, Brown and Banker] are some seniors that we lost in the longer rounds that’s kind of tough, you know, so we’re trying to place that, you know, and we have a few kids that are seniors now, [such as] Caroline Stevens, [who’s] showing as a good leader,” Sasser said. “She led in cross [country] and things like that.”

Sasser’s concerns aside, the boys and girls teams will compete at the Fort Zumwalt Jaguar Invitational on Saturday. Both teams won this meet last year, on the boys’ side, Sasser believes they will be significantly better and stronger this year.

[quote]“I think we got a chance to do some special things on the guys side and our girls are a little weaker, like I said, a little less senior leadership, [and] a little more unknown coming back,” Sasser said. “The guys side we know what we have.”[/quote]

While not specifically preparing for this meet at the moment, Orr says their practices are getting longer, and she feels the pressure and stress from running, as she always gets nervous before meets.

“We’ve been working pretty hard right now,” Orr said. “Times are getting faster and distances longer. Once we get our first times on the board we’ll know more about how and where to improve.”

Sasser further explains that the team has just been doing general preparations as well as playing with line-ups because it will be the first meet where they put together relays.

“Everything is a progression. It’s our second meet of the season. Our first one is at Battle, [the] CoMo Kickoff and then after that we go to Fort Zumwalt,” Sasser said. “At the Fort Zumwalt West meet, that’s where we have our first chance to showcase ourselves to a team, basically.”

Boys’ golf prepares to tee off against Hickman