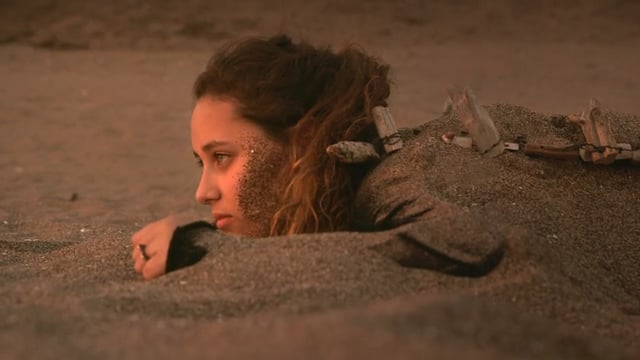 At 9 a.m. Laura Bari, the director of the documentary “Primas,” came to RBHS to give students a preview of what True/False Film Fest is really about. Bari was joined by the two subjects of the film, Rocio Alvarez and Aldana Bari Gonzalez, and the education and True Life fund coordinator Allison Coffelt.

About 200 students signed up to the preview of the film followed by a Q&A with Bari, Alvarez and Gonzalez. Bari explained that the Spanish documentary follows two cousins who have been sexually assaulted. She said their story is one of self-progression, courage and love.

Coffelt, a graduate of RBHS, started the presentation by talking about what True/False Film Festival is and what it aims to do. She then went on to explain what the True Life fund is.

“It’s a way for us to thank the people who let filmmakers follow them around with cameras and tell their story,” Coffelt said.

Primas was the winner of this fund, and True/False plans to raise $20,000 in order to support the girls’ future artistic and educational endeavors. The documentary is essential to helping these girls, Bari said, and also stresses the importance of filmmaking.

“It uses the brain, the heart and the body,” Bari said.

She then described how she found out her niece and cousin had been raped, which compelled her to make a documentary about them. Throughout the presentation she focused on the importance of using logic, emotions and being present when making art.

When the trailer for Primas occasionally buffered because of internet difficulties, Bari took the opportunity to talk to students more about the story of the girls and how her she began her life as a filmmaker.

“I started filming silent films with my phone,” Bari said.

She later told the audience that Gonzalez was raped by her father, and Alvarez was raped and then set on fire. When Bari learned of these assaults, she said she immediately wanted to document their stories. Later, when the girls heard they had shared experiences, they wanted to meet.

The presentation sparked emotion in students, one being freshman Allison Bell.

“[The presentation was] extremely touching since these girls came so far and can still smile,” Bell said. “And that they have the opportunity to connect with each other.”

Charlotte Chen also found the film touching, but also was surprised by something Bari said during the Q&A: “8,000 girls are raped every day.”

This fact struck Chen in surprise, not knowing so many girls would suffer from sexual assault every day, which Chen said, made it clear why she and Bell agreed on the cause that the True Life fund supports.

“[Gonzalez and Alvarez] absolutely deserve that money because they’ve been through so much,” Bell said.

Primas will be showing as part of True/False Film Festival March 2-4. Bari, Gonzale, and Alvarez will be at each of the film’s showings.

“Everyone deserves the money [to go to college], especially these girls,” Chen said.