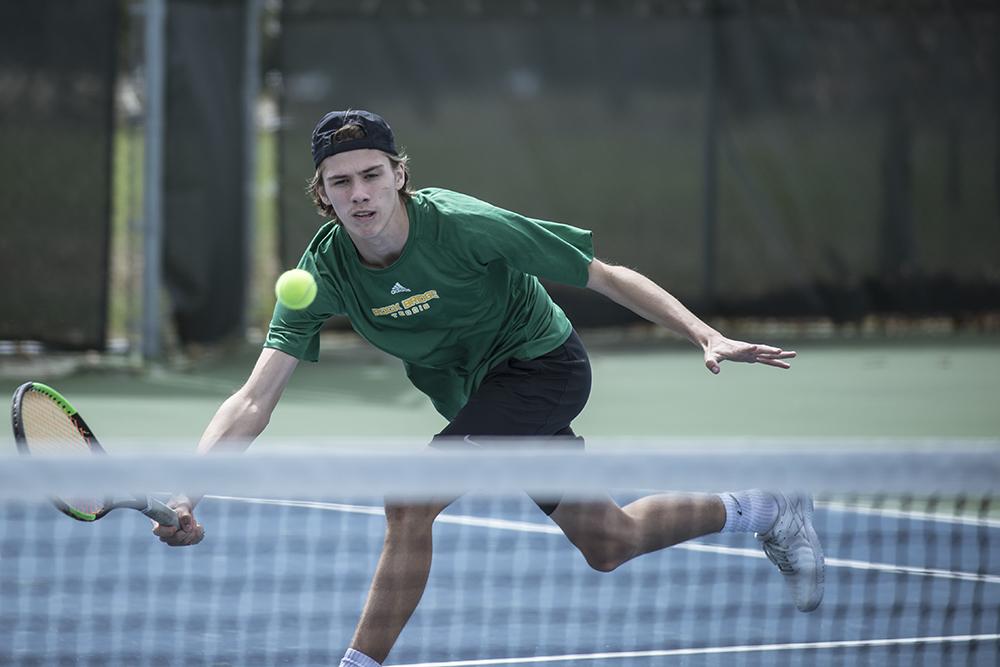 [dropcap]A[/dropcap]s junior Malek Necibi sparrs, it is a common trick to grunt loudly at unexpected times to confuse opponents and open up new opportunities during the fight. Though some do it intentionally, Necibi believes grunting is more of a natural reaction that comes out when he is doing something physically demanding.

Either way, grunting in athletic settings opens discussion on whether the tactic actually increases force or if it is only a mental component of performance. Gershon Tenenbaum, a professor of sport and exercise psychology at Florida State University believes grunting is more of a “support” to the actions the performer executes.

Another sport commonly associated with grunting is tennis, thanks to its high intensity and movements requiring extensive force. While junior Eleanor Fay doesn’t herself grunt, she knows multiple players who do. In the professional world, tennis players such as Maria Sharapova, Victoria Azarenka and Serena Williams have all made their mark, because of both their talent, but also their grunts on the court, Business Insider said. To Fay, grunting mostly depends on how an individual has always played.

[quote]“If you’ve always grunted, you just keep doing it and vice versa,” Fay said. “I don’t necessarily think it improves sports performance although if it’s a mental thing, then it can help.”[/quote]

“I feel that grunting is more of a mental boost,” Necibi said. “In my own experience, grunting kind of masks other noises and puts me in the zone, while also clearing any pressure or anxiety that may have built up in the process.”

In the Times’ study, researchers began by recruiting 20 martial arts practitioners, both male and female, and instructing them to kick a bag, which contained a device that measured force. The results showed that grunting while kicking improved performances because the subjects of the study generated around 10 percent more force with each kick when they grunted.

The study also involved viewers who watched videos of the participants kicking and how they responded to the kicks. Those respondents who responded to grunters were much slower in reacting and more prone to errors in judging direction.

In Fay’s opinion, all sports, especially tennis, are mental in some aspect. If an athlete is not psychologically present during a match, the physical and overall performance won’t be as outstanding, she said. With such physically draining activities, it’s vital to stay mentally active. Whenever Fay comes across a mental block, she takes a moment to close her eyes and breath a little before searching her mind for little things her coaches have always told her, she said.

“It really helps if you just take small moments to ‘reset’ yourself and give it a fresh start,” Fay said. “Some people think that if they grunt harder, they hit the ball harder, but it’s really their mentality with grunting that helps them achieve that. It’s all a mental game, and if in your mind you’re going to play better if you grunt, then grunting will help.”

Do you think grunting can help with athletic performances? Let us know in the comments below.