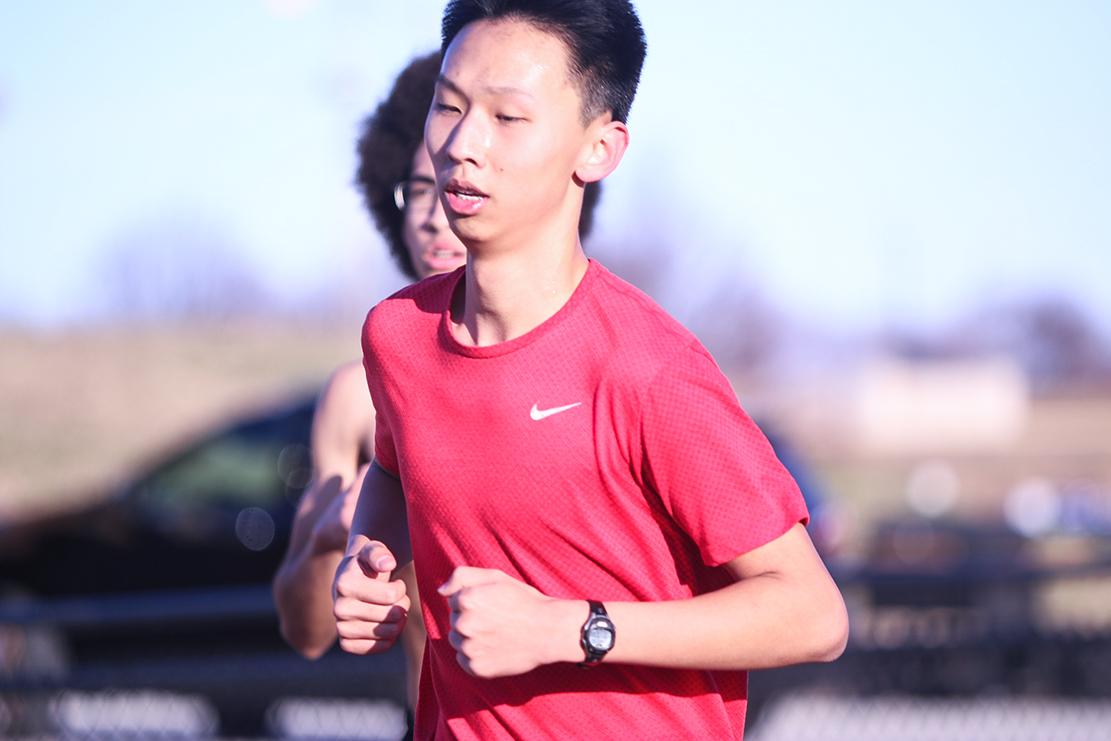 [dropcap]T[/dropcap]he RBHS track and field team competed on April 14 in the Corey Siebert Invitational held in St. Louis, Mo. Both the boys and girls varsity teams finished in first place, overcoming 40 other schools. Head Coach Neil Blackburn was proud of the team’s finish and effort throughout the meet.

“[The] strength of our team resides in our relays which characterizes our depth in those sports,” Blackburn said. “I [have attempted] to always focus on the relays and build out from there. Track is [often] stereotyped as an individual sport, so I attempt to break the stereotype and show the significance of team by starting with the building of our varsity relay teams.”

“I was very happy with not only my own performance, but my teammates as well,” Dudley said. “The positive and competitive atmosphere at this meet was great and many members of the team performed extremely well.”

In preparation for the next meets, Dudley hopes the team can carry their positive momentum forward while also tidying up certain areas of their relay game.

“The entire team will continue to train [by] increasing endurance and speed,” Dudley said. “On top of that, handoffs in relays always need to be fine-tuned because well executed handoffs can make a big difference.”

Fellow senior teammate Kaelyn Kovarik also raced with Dudley in the 800 meter race. While Kovarik wasn’t entirely pleased with her own individual performance, she still proudly reflects on her performance in order to learn from her mistakes.

“I need the most improvement [in the mental aspect],” Kovarik said. “I know my training gets me where I need to be physically, but having your whole body tell you to stop because you’re in pain is hard to overcome. I need to focus more on competing with those around me rather than simply getting through the race. If I do that, [then] the times I want will come.”

[quote]“Handoffs in relays always need to be fine-tuned because well executed handoffs can make a big difference,” Dudley said. [/quote]

Although Kovarik believes this improvement is crucial, she also thinks it is vital that teammate chemistry and support is not undervalued. One of Kovarik’s favorite things about the meets is that she is able to see the joy of her teammates when they accomplish their goals and dreams.

“My favorite thing to watch is someone’s reaction [to] when they do something incredible that they never thought [was possible] before,” Kovarik said. “It doesn’t matter how good they are or where they place, any time a runner accomplishes something amazing for them, it’s a great experience.”

Kovarik also credits the advice from Blackburn and the other coaches for having a positive impact on her and her overall effort during meets. She trusts that the coaches know what they are doing and help steer the team in a great direction. The very trust and openness kovarik displays is probably what Blackburn appreciates the most about the team, along with the hard work and effort during practices.

“Right now [we] need to stay healthy, and doing a tremendous amount of preventive things to keep [the athletes] from getting hurt is our primary goal,” Blackburn said. “If we stay healthy and [continue to practice], we will accomplish some very special and exciting things.”