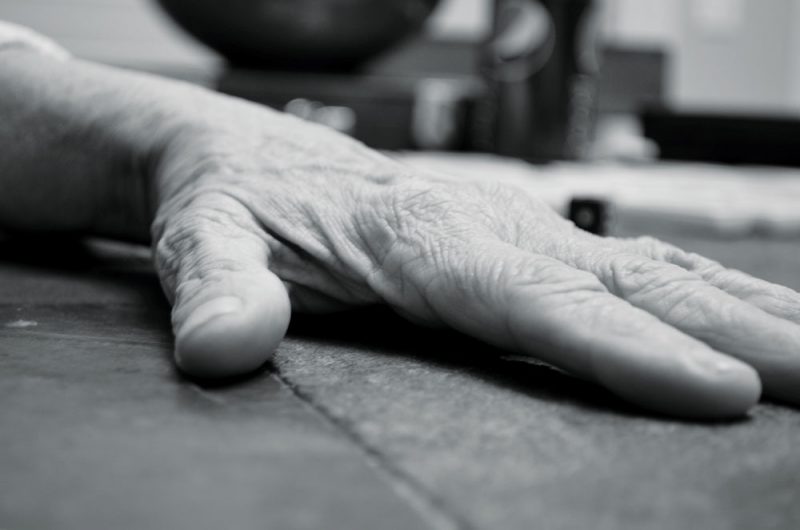 Just a little more than two weeks ago on April 9, a group of scientists from Gladstone Institutes led by Dr. Yadong Huang published a study detailing how they neutralized the APOE4 gene, which increases one’s risk of developing Alzheimer’s Disease, with a compound that changed it into the APOE3 gene, a harmless alternative.

This information is a breakthrough because having one copy of the APOE4 gene can double a person’s risk of developing Alzheimer’s Disease, and two copies increases that risk by 12 times.

Learning how to prevent this disease is becoming more and more critical, as its prevalence is increasing; the medical journal Neurology reported that the number of people with the illness will triple by 2050.

Part of the reason for this growth is that the Baby Boomer generation is living longer than those before it; Dr. Kathleen Hayden, an associate professor of social sciences and health policy at the Wake Forest School of Medicine, noted that 76 million people born between 1946 and 1964 are now in the high-risk age range for the disease. Additionally, people who receive an earlier diagnosis earlier have the opportunity for better care, ensuring a longer lifespan.

For Advanced Placement Biology teacher Kerri Graham, Alzheimer’s Disease has been part of her reality for the past seven years, as that’s when her family began seeing symptoms in her mother.

“[My mom] is 77 years old, and when she was 70 years old, we noticed some fairly small things. A couple of times she got turned around when she was visiting a sibling of mine, or she would know the area really well but get lost,” Graham said. “A couple odd things happened, but we really didn’t think anything about it because we were like, ‘She’s getting a little older. Whatever.’ She was still in really great shape and was pretty with it in all other things, but there were some other little things that were happening.”

Aside from getting lost in familiar places, Graham’s mother would also make repeated claims that her computer didn’t work and would get nervous about entertaining large groups of people despite having spent years cooking for six kids. It wasn’t until about five years ago, when Graham’s mom was unable to fully recover from a concussion, that the family realized there was something else besides age associated with her inability to drive and remember certain words. After her ability to read, speak and do basic arithmetic worsened, her doctor confirmed that all her symptoms were the effects of early onset dementia, a common result of Alzheimer’s.

Like Graham’s family, sophomore Elizabeth Musco’s relatives didn’t immediately associate her grandma’s forgetfulness and constant worry with a degenerative disorder. Her doctor initially diagnosed her with anxiety before connecting the symptoms and realizing she has Alzheimer’s. Musco said she knew what the disease was beforehand but never thought it was something that would affect her life.

“[My relationship with my grandma] has not changed other than you just have to be really… I don’t want to say that she gets her feelings hurt, but if you say, ‘You already asked me that,’ or you get frustrated with her, it worries her more because she doesn’t want to have this diagnosis,” Musco said. “She’s kind of still in denial that she has Alzheimer’s and that she’s going to have to deal with dementia. It’s hard for her, so it’s just made me a little more sensitive around her about what I’m saying, and if she asks again I’ll answer whatever the question was that she probably asked five minutes ago.”

While there is no single cause attributed to Alzheimer’s, scientists have linked genetics and lifestyle as the primary contributors. Dr. Hayden said there are a number of genes associated with the inheritance of Alzheimer’s, including APP, PS1 and PS2, but they have rather small effects on the development of the disease. Even people with the APOE4 gene are not guaranteed to have the illness.

“On the other hand, lifestyle factors are often controllable or modifiable. These are things we can do something about; we can encourage people to take better care of their physical health because that will promote better cognitive health in old age,” Dr. Hayden said. “It is hard to say whether lifestyle factors are stronger risk or protective factors than genes on an individual level, but because they are so widespread, control of these risk factors on a population level can have a significant impact. These factors are things like obesity, diabetes, hypertension, and physical inactivity to name a few.”

Furthermore, Michigan State University neurology professor Dr. Andrea Bozoki said only a small number of individuals, or less than five percent of the population, with early onset Alzheimer’s can definitively trace their symptoms to genetic mutations. For those with relatives who developed Alzheimer’s beyond age 65, she suggests to follow the same advice as someone who is trying to prevent heart disease: regular exercise, eight hours of sleep every night, no smoking and no added sugars and processed foods.

Because of her grandma’s healthy habits and her mother’s forgetful personality, Musco believes Alzheimer’s is hereditary for her family. Researching the topic for a class project has made her aware of little things she can do to prevent developing it herself, such as word searches, sudoku puzzles and getting enough exercise. Graham, on the other hand, associates her mother’s Alzheimer’s to an inactive lifestyle and fluctuating weight. As a result, she and her sisters read up on things they could do for their health, although none of them have made particularly drastic changes.

“I have always exercised, and all my sisters have exercised their whole lives, so we’re like, ‘Okay, at least we have that going for us.’ We’ve looked at certain foods that might be helpful to include in our diets and certain foods to stay away from, which honestly, sometimes I’m good at and sometimes I’m not good at,” Graham said. “It’s kind of that balance, too, of like you gotta live while you’re here. But I would say the big thing is we all recognized being active and trying to eat as balanced as possible.”

Over time, Graham’s mother’s condition has gotten progressively worse, characterized by sudden declines that have taken away her ability to physically care for herself. The most difficult part for Graham is seeing her mother aware of the fact that she can no longer be an independent person, as well as watching her father handle the transition. Even with the hardships of the situation, Graham likes to acknowledge the positives, such as being appreciative of the time she has left with her mom and seeing all her siblings come together more often despite living all over the country.

“Even though it’s a horrible disease, every disease or way to go stinks. If you go quickly, it stinks because your loved ones are surprised. If you go because of cancer, you suffer all kinds of physical pain,” Graham said. “Alzheimer’s is a lot of mental pain, and it’s a really long goodbye, but there’s good stuff in that long goodbye, too, so my family has been really lucky to have a lot of really good memories and really good moments, as well.”

Did you learn anything new about Alzheimer’s? Comment down below.