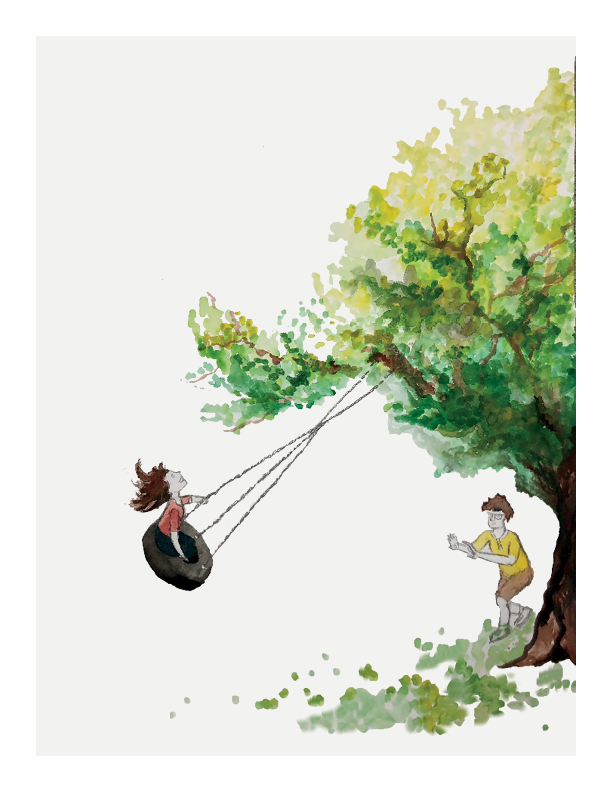 [dropcap style=”flat” size=”5″]P[/dropcap]laying pretend in a kindergarten classroom is not most peoples’ idea of the perfect day. But for freshman Remy Stokes, it was the highlight of his time in foster care. He recalled the day his foster mother, an elementary school teacher, took his foster sister and him to her classroom on a day off from school.

What would have been a boring day stuck at school quickly became a cherished memory. When his foster mother left for a meeting, he and his foster sister played imaginary games and built a fort together.

“I loved that day,” Stokes said, reflecting on one of the oases in a childhood that was often turbulent.

Stokes was in third grade when he lost his home and was taken from his mother by the Department of Family Services. He went to live with a foster family in Kirksville. His time in foster care was generally unpleasant. Stokes’ foster parents had their own daughter who was in first grade. In Stokes’ opinion, their daughter received preferential treatment.

“They spoiled that child and were mean to us,” Stokes said. “They didn’t do my brother’s breathing treatments like he needed, and any time I did something bad I had to clean up the house. I felt like Cinderella.”

Stokes eventually moved in with his grandmother. He entered into an arrangement called kinship care where a relative cares for a child, but the child remains in the legal jurisdiction of the state.

“My grandma says [I was in foster care for] two months, but it feels like it was a lot longer than that,” Stokes said. “[I’m grateful to her] for taking me in. I didn’t really like my foster parents, so I’m glad that I live with someone who’s related to me, and not somebody who I barely know.”

Stokes’ struggle reflects the more than 400,000 children in the United States that are in foster care. Children enter foster care because their parents are unable to adequately care for them.

This can be because of poverty or death or often times because of abuse, neglect or an unsafe environment. Foster care provides a safe, stable and caring home for children until a social worker can place them with a relative, an adoptive family or back with their parents.

A number of factors can inhibit attachment between children and their foster families. For starters, foster children often come from neglectful homes and have higher than average rates of developmental and mental health issues, according to the American Academy of Pediatrics.

Marriage and family therapist Clifton Miller helps people mend relationships. Miller has worked with many foster families and said he tends to see them more often than “conventional” families.

“What I’ve seen is children that are not with their biological parents don’t have that connection growing up like you would with a natural parent,” Miller said. “You don’t have the nurturing that goes on, so being placed into a home makes it difficult to make a connection.”

Parent-child relationships are an important part of childrens’ lives and have a significant impact on development. Purdue’s provider-parent partnerships resource outlines the four types of parent-child attachment: secure, avoidant, ambivalent and disorganized.

The American Academy of Pediatrics said most foster kids have an unstable environment. They may have had an avoidant relationship with their caregivers where their needs were often not met; an ambivalent relationship where needs were inconsistently met; or a disorganized relationship in which parents were entirely unpredictable.

These dysfunctional relationships can cause behaviors such as clinginess, aggression, over-independence and a lack of empathy, among others.

English teacher Gregory Irwin, who recently fostered a newborn, aimed to provide a secure, caring home for an at-risk child. Foster parents must not only be able to meet the often heightened needs of their foster child, but also be willing to partner with the child’s birth family. Irwin’s decision stemmed from an altruistic desire to give back in a way that fit well with his family’s lifestyle.

“For me, it was a concern for getting more involved in social justice in our community,” Irwin said. “My wife and I have discussed it for years and wanted to include our family in serving some of the most vulnerable families in our community. We both love children, and with flexible teacher schedules and our slower pace of life, it made a lot of sense.”

In Missouri, there are only a few prerequisites to becoming a foster parent. These include having a stable income, a criminal record check and completing a training, among others to ensure the safety of the child. Prospective foster families must complete a program called Specialized Training, Assessment, Resources, Support and Skills program (STARS) to teach them how to support a foster child. STARS also gives foster parents a chance to communicate with a resource development worker.

“My wife and I participated in STARS Training, which included CPR trainings and classes on developmental psychology, impacts of trauma on different ages of children and positive behavior management that focuses on what is legal and illegal with foster children,” Irwin said. “We are expecting young kids that have experienced some forms of physical and/or emotional trauma and babies that have special needs, with a higher than normal likelihood of drug dependency and/or fetal alcohol issues.”

Irwin’s fostering experience came with the additional demands of caring for a newborn along with his own three young daughters. Of all the trials of foster parenting, lack of sleep was the most taxing, he said. Despite the initial difficulties, Irwin found that the experience enriched the lives of his family.

Whether foster care or kinship care is better for children, foster homes can provide secure and loving environments to those who have nowhere else to go. They allow foster children to form meaningful relationships and create happy memories while maintaining their safety.

“[My grandmother and I] fight sometimes, but we get each other so it works out, Stokes said. “[The foster care system] shouldn’t keep you from family.”

For Irwin, the experience was extremely rewarding. The extra responsibility for both him and his wife, as well as for his daughters, provided a chance for his family to become closer and to make a meaningful difference in the life of a child in need.

“Being able to love on a kiddo and be a positive influence on their life [was the best part of being a foster parent],” Irwin said. “Seeing my wife and three daughters days being brightened by serving someone from a difficult background gives me life and brings determination to deal with the difficulties.”