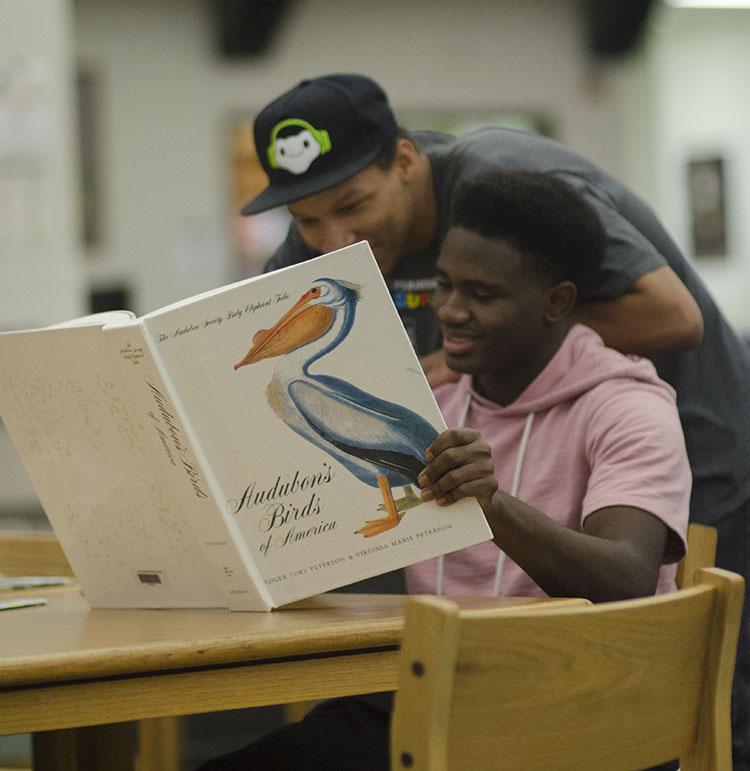 Teenagers celebrate snow days, anticipate scheduled breaks and can hardly be more excited than when summer rolls around; it says so on their social medias. Snapchat stories, spam accounts and group chats of public school students filled with similar messages to, “I hate school,” “School is so boring,” and “Why do I have to learn this?”

One cannot scroll through his or her Instagram feed without someone posting a selfie or meme with a caption that bashes on school. The students posting these messages are taking education for granted.

Education, in the most basic sense, is a service given from one person to another: a teacher giving knowledge to a student. In just that fact alone —students are receiving a benefit from teachers— should influence students to think highly of school. It is a service for them.

Not only are students acquiring a service, but it also costs nothing; kindergarten to senior year of high school in America is free. Students should not only be aware of the fact that they are obtaining a chargeless service, but they should appreciate school more because its availability and costless service is amazing compared to educational centers in other nations.

Children and teenagers in other nations do not have the same educational opportunities American students do. In developing countries, a United Nations International Children’s Emergency Fund (UNICEF) report shows economic disparity for families affect ability for children to attend school. It read, “Children from the poorest 20 percent of the population are less likely to attend school than those who are better of, with each successive quintile having a higher average attendance.”

There are disparities between the richer and poorer classes in the educational system in the United States; however, these differences do not cause kids of elementary school age to drop out or not attend classes. The National Center for Education Statistics does not provide information about dropout rates of elementary school students in America because it is so rare. American students need to appreciate the fact that the norm in the United States is for students to go through all levels of school no matter their economic status.

American students also take for granted education for girls. Though it’s not a problem in the United States anymore, girls’ education remains an issue globally. According to UNICEF, in many countries, particularly, Africa, the Middle East and South Asia, there is still an unequal percentage of girls to boys in schools. UNICEF uses a gender parity index to describe the relationship between boys and girls attending school in countries, having an index of 0.88 means there are 88 girls for every 100 boys enrolled in school.

The United States has an almost perfect elementary school gender parity index at 1.01 while a few nations with low gender parity indexes in primary include: South Sudan (0.76), Chad (0.77) and Central African Republic (0.79). Girls in the United States are lucky to have an equal chance to attend school as their male counterparts because many girls in developing countries do not have this opportunity.

They should be even more grateful to the American education system for being nondiscriminatory of gender. As Title Nine in the Education Amendment of 1972 states, “No person in the United States shall, on the basis of sex, be excluded from participation in, be denied the benefits of, or be subjected to discrimination under any education program or activity receiving Federal financial assistance.”

If children from developing countries are able to attend school, they still face issues. In the Central African Republic, there is one teacher for every 80 students, as opposed to one teacher for every 15 students in the United States. The teacher to student ratio proves an issue, as many parents, who do not have an education to teach, have to fill in as teachers. Even if these children attend school, they are not given a great foundation of support and guidance to learn. In many nations, children have to share textbooks. United Nations Educational, Scientific and Cultural Organization (UNESCO) reports, “On average, 14 students share the same mathematics textbook in Cameroon, five in Chad and South Sudan and four in Equatorial Guinea. There is on average one reading book for two students or more in sub Saharan Africa and 1 mathematics textbook for about three students.” Schools in these countries lack resources to provide to students.

At RBHS, there’s a one to one ratio with not just textbooks, but laptops as well. Here, American students are so beyond the complications that these other countries face, it’s foolish for them to think public school is anything but good.

American students must realize they do not face the same hardships as children from other countries and that, though they may have a lot of homework or no fun classes, at least they can receive an education without money, gender or lack of resources preventing them. Schools in the United States are adept and provide a free, nondiscriminatory and equal access education that all children in the nation are able to attend. We should not take our education for granted due to how wonderful it is compared to school systems in some parts of the world.

What do you think about the American education system? Answer in the comments!

Soccer looks to improve against MHS