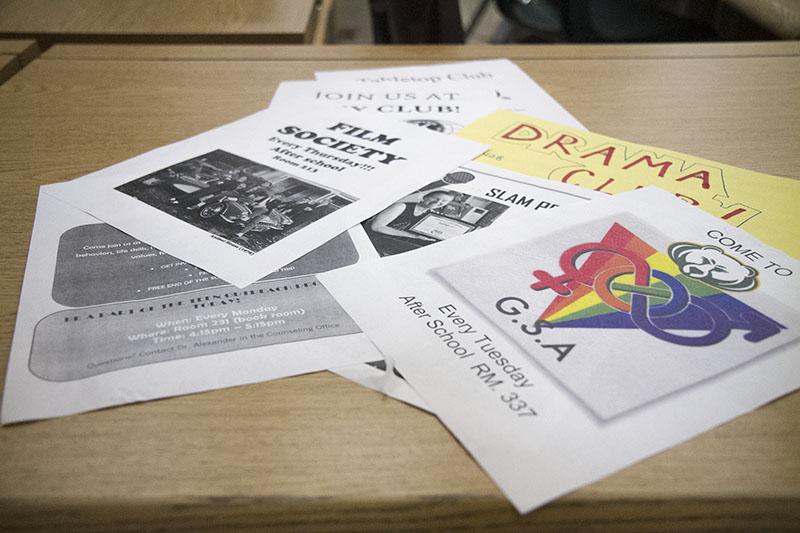 With more than 50 clubs at RBHS, incoming freshmen and returners alike are unable to explore them all.  To create exposure as well as accommodate for the desire of students to get involved,  a club fair will be held Friday, Sept. 7, from 10 a.m. to 1 p.m.

“The goal of the club fair is to provide a time for students to see a variety of clubs that we have at [RBHS] and give students a chance to chat with the leaders of the clubs represented,” student activites secretary Hannah Casey said.  “There will be tables set up in the main commons for students to walk around and chat with club leaders at the table to answer questions about their club.”

Senior Emily Litton is a co-president of Rock Bridge Reaches Out (RBRO), a volunteer organization at RBHS.  Litton’s preparations for the fair include making posters and flyers to hand out to individuals, and organizing a table that will have core leaders available to answer questions.

“We are hopeful that [the posters, flyers and the booth] will help boost involvement this year,” Litton said. “We will be providing information on each of the cores that we have this year and have general information about what it means to get involved with RBRO.  Sign-up sheets will also be available for students who are interested so that they are able to receive updates about the club on groupme.”

An event such as the club fair can be beneficial to both club leaders and participants alike because of the publicity it brings.  For sophomore Olivia DeClue, attending the club fair last year was helpful in introducing all the clubs RBHS offers.

“It showed the variety and I guess in a sense it narrowed [the clubs] down,” DeClue said.  “The club fair gives you exposure to the RBHS community and if you are going to spend four years [here], you may as well get involved.”

With busy schedules across the entire student body, the fair makes it easier for students to organize the clubs they wish to be a part of.  Additionally, for club activities later in the year, Casey has specific tips for continued active participation.

“There is a section on the InfoBruin for clubs to post announcements on club meetings and events,” Casey said. “There is also a wall in the activities office where clubs can post their meeting dates.”

Will you be attending the club fair? Let us know in the comments below.